Goodbye SIM Cards! Virtual SIMs are On Their Way! 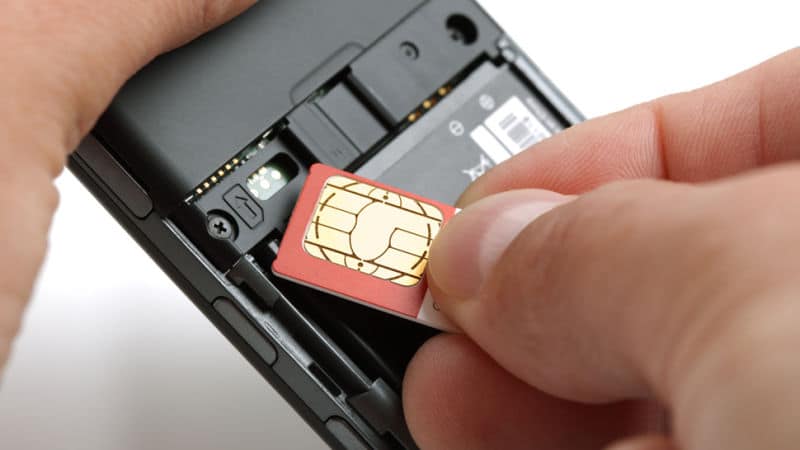 Depending on how often you change your mobile network provider or how often you go overseas you probably have a handful of SIM cards stored away, just in case you intend to go to that place again. This disposable electronic necessity may soon be well and truly forgotten as virtual SIM cards or eSIMs become the norm.

There were several showcased at the recent Mobile World Congress that has just been taking place in Barcelona, Spain, with names such as:

Each of these when embedded in a device offer remote SIM and GSM connectivity eliminating the need to open the phone and fit in a new SIMcard every time you hop on a plane to go overseas.

KnowRoaming’s SoftSIM offers SIM-free data when the technology is integrated into specific ZTE and Alcatel phones. Basically, the Alcatel’s Pop 4 to Pop 6 features and its A2-3 XL features and the ZTE’s Blade V8 have the app for RoamNow pre-installed. It’s this app that allows the use of the service. One of its main features is you can select the country you are in, choose data packages and pay for them. It’s as simple as that and the phone will allow the service because it is getting the message that there is a SIM card in place.

It appears that this is the most transparent app that was on show at the MWC. So far this can be used in around sixty one countries and with all GSM operators. Verizon in the United States doesn’t have the capacity to allow users to sign up to it. However, other providers like T-Mobile and Mobile Virtual Network Operators (MVNOs) this app works quickly and without any fuss.

These basically work in the same way as KnowRoaming’s. The phone believes a SIM card has been placed into the phone and the app, GlocalMe, provides the support to control the account such as activating a service and keeping a track of data as well as paying for it.

There is one limitation compared to KnowRoaming and that is that uCloudlink can only be used with the GlocalMe smart phone, which is quite simply the 6.4 inch phablet called Xiaomi Mi Max costing around $200 US. There is a smaller device that is expected to be launched soon. The GlocalMe has the capacity to send a signal to a centralised cloud server which is able to detect in real time the best available local network. The local carrier with the highest signal strength is connected and alsoto the rate that is the best value.

This is all of great use for international travellers but at the moment it’s not quite as simple as it sounds. The Xiaomi phones can’t be purchased in the U.S. and even if they were, they are not compatible with U.S. network providers! On the upside, the ZTE and Alcatel phones will work in the U.S.

Gemalto eSIM is between SIM and SIMless

Gemalto’s eSIM is not quite virtual as it’s either soldered or plugged into your mobile device, but it does have the capacity to work with several mobile networks rather than being confined to just one as is the case right now. It does to a certain extent share common features with uCloudlink as it does not need any more SIMcards in order to work on any network.

The service is activated by using the GigSky app, which has the capacity to allow you to select any plans once the pricing has been revealed and in your present location. The app offers a subscription management service so you know where you stand in relation to the money you have paid for the service.

Summary: Extinction or not for the SIMcard?

It always takes time for a new innovation to immerse itself in the market, but there is no stopping new development. As phone manufacturers start rolling out SIMless phones, it won’t be too long until phone users have forgotten the iconic SIMcard that has gone from big to nano sized in a flash. As far as manufacturers are concerned it just makes producing new phones just that much easier if there are no slots to worry about.