Project Tango – How Mobiles Are Building A Virtual World 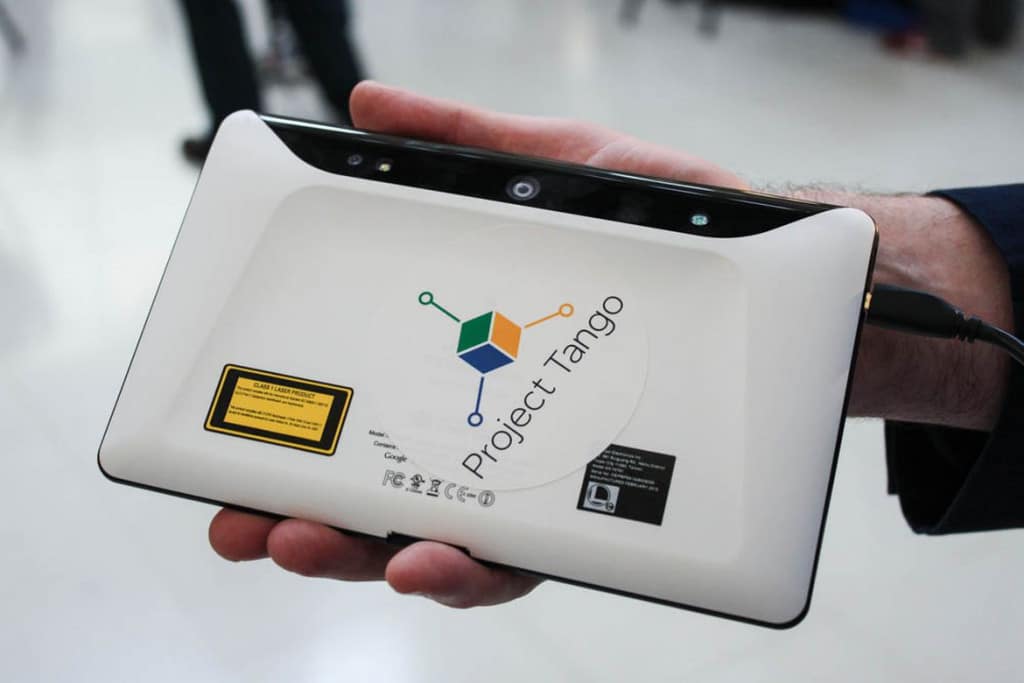 Project Tango, one of Google’s smartest ideas, could be the new innovation that smart phone lovers have been waiting for, as it’s a technology that gives a smart phone a view of the world that you can’t visually see yourself.

Recent releases with this technology have been:

Project Tango’s aim is to program smart phones so they have complete spatial awareness, giving them the capability to interpret the environment you are in and how you relate to it. A device programmed with Project Tango has three key functions at its disposal.

It can quickly and accurately measure the dimensions of a room, eliminating the need for a tape measure, even down to determining the area in a room required for certain sized furniture and other fittings. Basically, a smart phone packed with Project Tango and a RealSense 3D camera installation turns rather annoying everyday jobs into simpler tasks.

University of Lincoln researchers are currently working on a Tango feature that can determine precisely where a device in its environment and it can emit signals either through a sound mechanism or through voice messages transmitted to the user which could help those partially sighted.

How accurate is the technology?

So far Intel who produces the RealSense camera embedded in devices with Project Tango has used the camera feature with drones and has found that the drones can avoid both stationary and moving obstacles automatically without connectivity through Bluetooth or Wi-Fi. Not sure about swaying tress and birds in flight though!

Project Tango’s role in gaming is worth noting as it may be possible to use augmented reality (AR) apps allowing players to play games in a real-world situation and even allowing pinpoint accuracy when homing in on an object in a Pokemon game.

It’s not just about fun and games with Project Tango

Project Tango is in effect a robot that can interact quickly with an environment. It’s not quite so huge as Google Maps, but is certainly useful in smaller indoor applications like mapping out the interior of a house with all its dimensions measured accurately. Walmart and Target are experimenting with Project Tango in the United States. The aim, of course, is to find ways of attracting customers once they are in-store.

It’s more than business as usual with Project Tango

Smart phones are to be the first in line for the new technology, but Google is setting its sights on going further afield and incorporating it in the world that surrounds us.

The 1st Project Tango enabled smart phone can be bought for about $A 800 and Lenovo states that when using the Tango component all you do is to peer through the smart phone, Phab 2 Pro, and you will view an overlay of objects in the world around you. These features can be used for practical applications or for fun. You can measure things using your phone and match up how new furniture or other décor would appear if fitted into certain places in your home.

How does Asus Zenfone Compare to Google’s Project Tango?

As usual, every device packs more features than the one before it. Asus Zenfone AR, which is soon to be released, will use the apps and VR headset of Google’s Daydream View and it will feature an improved tri-camera that has better capabilities for AR, depth sensing and 3D scanning than Project Tango. It is also slimmer, lighter and more portable than its competitor.

It seems the Project Tango Lenovo Phab 2 Pro is such new technology that there is still a lot of work to do on the technology for AR enthusiasts. It doesn’t seem to work well for the usual phone features like call quality but it: