The Inside Story : How They’ll Manage The World’s eSIMs 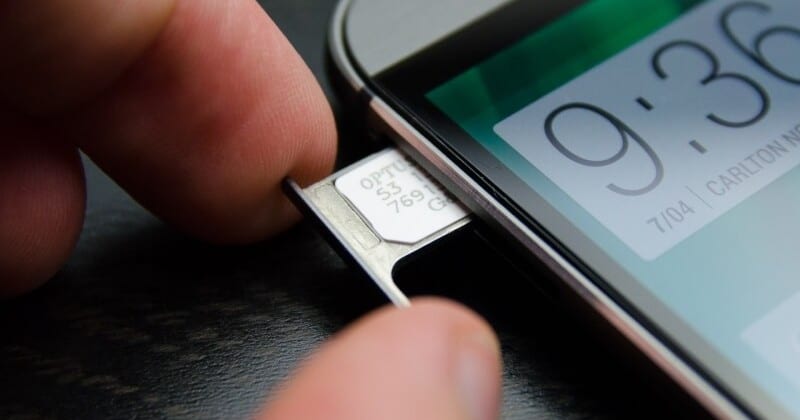 The Apple Watch reveals a need for eSIM management tools

Well, eSIM technology is finally here. An eSIM is going to be built in to the September 2017 Apple Watch. After that, before long, eSIMs are likely to be built in to everything from BBQs to Autonomous vehicles. More than that, the eSIM is being heralded as the way we will all connect to the internet from our laptops.

Imagine the scale of the challenge, rolling these millions of new embedded SIMs, out around the world. It’s going to happen over the next 5-10 years. Every phone company in the world has processes and procedures built around (often centerd around) the current physical SIM cards we’ve always used. Shifting that to similar eSIM processes a huge change to the industry.

Provisioning is the act of applying all the right security and network settings to the SIM (here an eSIM) in a phone. Provisioned phones can connect to cellular networks. There are a couple of key partners which pop up again and again when you talk about managing the eSIM provisioning process. Here’s how they’re going to coordinate a world of eSIMs and deal with the change over of old preocess to new.

Giesecke & Devrient (G&D) is a SIM technology provider, based in Munich, Germany. It is most famous for making and managing the hardware SIMs we’ve been using in phones for the last 25 years. The company currently employs around 11,000 workers. It’s sales in 2015 reached around €2 billion. It has 58 joint ventures and subsidiaries spread throughout 31 countries. G&D supplies services to a variety of customers including mobile network businesses, commercial and central banks, public authorities and governments. It’s key specialisation is in in developing products in the secure communication, payment and identity management platforms. All of which suggests it has a lot to lose as the physical SIM is removed from market and a lot to gain if they can figure out how to deal with eSIM provisioning.

According to G&D, the first devices to be released with eSIMs in the U.S. and Canadian markets appeared in 2015/2016. The early arrivals were mostly smart watches, they say. eSIM enabled mobile devices have, been available in Asian markets, over the same time period, too. Wider eSIM roll outs in Western countries are scheduled to start in North American, in larger quantities, from early 2018.

Once the tide begins to turn on a large scale, (away from physical SIMs to eSIMs), the new processes need to be in place. eSIM smartphones, tablets and wearables will all need to be supported by G&D’s tools. So will connected cars, Machine-to-Machine (M2M) and Internet of Things (IoT). The list is endless. Full eSIM rollout forecasts here.

But it’s not just G&D working on the problem.

Otono Networks, Inc. is a Vancouver based global technology telecom which works on solution to many carrier-supported network problems. Like G&D, they appear to be transitioning from traditional SIM technology towards the newer eSIM. Otono owns a range of brands including Roam Mobility for Canada, Roam Mobility for USA, AlwaysOnline Wireless and ZIP SIM.

Otono’s eSIM platform concentrates on enabling wireless services for any devices without favouring a specific Mobile Network Operator (MNO) or device. Under the scheme they propose, Otono is responsible for carrier integration, the provisioning of the eSIM and its management.

Their current eSIM solution is so sophisticated, apparently, that it can help to launch an eSIM product for a MNO in less than 4 months. That offer of a speedy roll out is likely to be something their customers see in positive terms and which is bought regularly by phone companies, given the scale of the problem they need to solve. Now Apple are selling devices with eSIMs inside, everyone else is likely to follow and, as we’ve seen, it’s all going to happen very quickly.

Otono and G&D are going to work together on the problem. There are two platforms that are going to be combined in G&D and Otono’s partnership. One is G&D’s AirOn Platform and the other is the Otono Platform. Together, they will enable (what we all hope will be) a quick and easy journey for eSIM activation and the launching of eSIM products.

AirOn  is G&D’s eSIM management product. It offers the support needed for consumer devices which need eSIM provisioning. G&D use a Remote SIM Provisioning specification which is provided by GSMA. AirOn’s comprehensive system can securely and efficiently activate, manage, and update devices and SIMs using what is called Over-the-Air (OTA) communication. Once a user has obtained an electronic device such as a smartphone he or she will need to request the activation of the eSIM. This is when AirOn kicks in as its role is to securely transfer an operator’s profile using the connected network.

One of G&D’s assurances is that security is guaranteed for all communication on whatever device is used. AirOn’s high-performance solutions mean it is able to handle peak requirements with ease. And that’s particularly useful when we’re talking about the deployment of, say, an Apple or Samsung phone. Imagine tens of thousands of people an hour all trying to connect to a plan from their phone when a new Galaxy or iPhone is released. The system needs to be able to cope with that.

When a new device goes out on the market with millions of buyers purchasing at the same time, whether it’s a wearable like a smartwatch, a smartphone or a tablet, the AirOn platform will be able to quickly respond to users’ requests for an operator’s SIM and plan profile to be installed on their new device. The embedded SIM in these devices will also mean that wearable devices such as smart watches and fitness-bands will be available with an embedded SIM (eUICC) so that the user can connect to a network operator via Bluetooth using a smartphone.

What is GSMA and How Does it Help eSIM Integration?

The Groupe Spéciale Mobile Association (GSMA) is the supporter and watchdog for global mobile operators. It unites 800 operators with up to 250 companies in the mobile ecosystem, which includes makers of mobile handsets device manufacturers’ internet and software companies, as well as equipment providers. Every year it organises the Mobile World Congress (MWC) and the Mobile World Congress Shanghai. At that forum they talk about the key things the industry need to agree, including specifications for eSIM provisioning and the systems which will be used to do that.

It was at MWC Shanghai, in March 2017 that G&D was able to showcase its eSIM service demonstrating the roll out of an eSIM solution for use with smart watches. The way this works is by the user initiating a smartphone app in order to connect the smart watch and smartphone, followed by requesting the profile of an operator be activated in the watch’s eSIM. This profile is transferred securely by G&D’s eSIM service AirOn v.4 via the smartphone through to the smartwatch.

This is all just the tip of the iceberg. It’s not just European and North American consumers who are going be gaining more control and independence over the use of their mobile devices through eSIMs and the software which manages them. The Asian market is in on the act too and is likely to be a big player in fuelling the growth of the eSIM industry.

The eSIM, and these management platforms will change the manner in which we live and communicate in the globalised world.

eSIM technology eliminates the need for phone companies to distribute a physical SIM card. That’s a huge change to the standard technology for several decades now. All of this means that more services can be offered online without the need for a shop front. The phone user will only need to make a one off purchase of the eSIM enabled product. There should never be a reason to visit a shop front.

Because the eSIM user won’t be tied to a specific MNO (through the SIM) users are likely to move phone company more often. The result is likely to be a host of new plans. The technology solutions from Otono and G&D will be the ‘behind the scenes’ solutions which quietly make it all work.

And the GSMA’s overview is here : https://www.gsma.com/iot/embedded-sim/