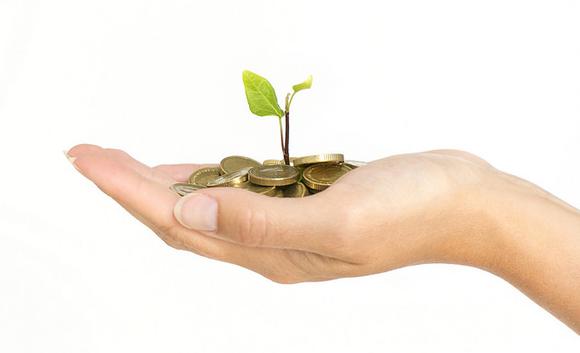 Broadband giant Telstra may be the most popular name in the Telecom Industry, but things are not as good as they appear. Telstra’s financial health is declining with revenue unchanged over the last decade and earnings considerably less so before interest, tax, depreciation, and amortization (EBITDA). Telstra’s shares plummeted 10 percent as the company announced a whopping $1.9 billion drop in annual profits. Even worse, loyal investors can no longer look forward to their big, fat dividend cheques, thanks to the 30 percent dividend cut that Telstra just can’t afford to hand out.

So what is happening with Telstra? How is it suddenly this cash-strapped? Here are three reasons why the telco giant needed to slash dividends and increase spending on operations instead.

Everybody knows about the NBN, but few understand the NBN-Telstra tie up and what it means for the company’s future. The NBN (or National BroadBand Network) is one of the largest Australian infrastructure projects aimed at delivering high-speed Internet network (100MBps) to 90% Australian homes. It is essentially a fibre optics cable network that will provide equal priced services to all retail companies (everyone from Telstra and Optus to iiNet have equal opportunity access to this state run cable network)

Telstra currently owns the most comprehensive phone network in the country. The government needed Telstra’s existing infrastructure to build the new cheaper and faster NBN. So the government paid Telstra an enormous amount of cash (around $9 billion if you want a figure) to get exclusive rights to Telstra’s network. While this might seem like a good deal for Telstra here is what actually happened.

Before NBN, Telstra had strong enough cash flows to pass on income to its shareholders directly. However, now, it needs to invest that money back into the business so that it can compete more effectively in the future.

New Ventures Not Getting Enough Traction

Belong Fixed is Telstra’s budget broadband brand that uses Telstra’s network but runs separately. Telstra wants to expand this into the highly competitive mobile data space. This is one of the many ways that Telstra is moving away from its core business model, but unfortunately not getting much traction yet.

While Belong Fixed is a huge success in the broadband space, the primary reason is due to product bundling. Most broadband plans from Telstra are purchased in a bundle along with other services like landlines, mobile, and Foxtel. In the last year alone, 88% of Telstra’s broadband customers signed up for a bundle.

Mobile data consumers face no such incentive, and the mobile market is already much tighter and driven primarily by price. Telstra’s plans are currently the most expensive and why would anyone pay more when they can enjoy the same speed at a much lower price point? After all, everyone from Boost to ALDIMobile and Woolworths Mobile already receives wholesale access to some portions of Telstra’s networks and offer cheaper, high-quality plans anyway.

Belong mobile has 150,000 customers signed up so far, but unfortunately, that is still only 5% of its broadband customer base. The arrival of Belong will undoubtedly create more competitive pressure in the mobile space but is unlikely to boost Telstra’s profit margins too much. Such low return ventures that are yet to take off are probably causing Telstra to spend more than originally intended.

In two or three years time, TPG plans to reach 80% Australians through a $600 million mobile network at very attractive price points.  TPG’s entrance will bring down the average retail price of mobile data substantially. While other big players like Optus and Vodafone will feel the heat, Telstra will experience the biggest shock. It just cannot afford to charge a premium in the mobile market anymore.

While Telstra still enjoys customer loyalty due to better geographic coverage, it seems to be losing ground. Survey results show that increasing numbers of Telstra customers are willing to change operators in 2017 compared to the previous two years. Trends among Vodafone customers are quite the opposite – with the number of customers willing to change operators dropping 6% in the last 2 years. Telstra is well aware of the situation and probably wants to take early action to prevent future disaster. Diverting profits to expand business growth seems to be the only solution.

It is still not the end of the road for Telstra

Telstra may be changing its business strategy, but there is still no need for panic. A few indicators of relative internal stability within the company:

Slashing dividends and channelizing profits into operations looks like a wise move by Telstra. While this shift in priorities may invoke some investor anger, it seems to be the best (and perhaps the only) way to proceed.