Now You Can Swap Ads For Data 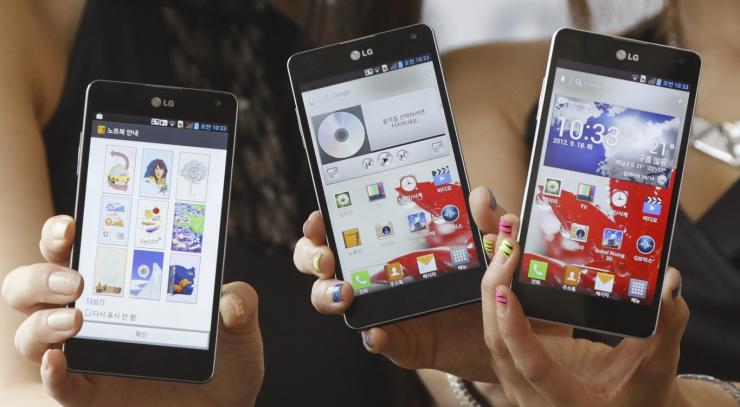 Budget conscious pre-paid Optus customers are being offered a new deal that swaps ads on their locked phone with free data or credit. The ads are only available if you download an app through Google Play store and so far are only available on an Android phone so iPhone users can’t take advantage of the offer yet.

Optus is the first major telco to get in on the ads on phone act in Australia but it’s not new elsewhere in the world. Boost Mobile, a U.S. company owned by Sprint, Tesco Mobile in the U.K. and Digicel in the Caribbean are all offering a similar “ads for data” swap.

Optus’s offer means that if you agree to download the free Xtra app. on to your phone and have ads plastered all over you screen, you can either choose to get an extra 1 GB of data a month, which currently is worth $10, or $2 of credit added every 28 days.

The app was developed as part of a partnership agreement between Optus and a New Zealand based company called Postr. The ads are going to be handled by Amobee, which is a digital marketing company owned by Singapore based Singtel.

Actually, although Optus is the first of the big 3 Aussie telcos to consider such an offer, it’s not the first time something similar has been available in Australia. Unlocked, a Melbourne based start-up, launched a similar idea last year, but only for existing unlocked phone users, rather than owners of locked ones. The deal that Unlockd initiated involved Lebara customers getting an extra 2GB of data in exchange for the ads appearing on their screens.

Unlockd’s co-founder and CEO, Matt Berriman said that he thought it was great to see Optus following their lead and getting in on the ads for data swap deal. He said that the offer would only make the concept of what he called the “value exchange model” more visible in Australia and entice more local telcos to do the same. More customers would ultimately benefit as they would be getting more of what they wanted, i.e. data, for the same price and therefore saving on their phone bills.

The ads do come at a cost as viewing ads will consume around 20MB a month as long as they are only static ones. That’s no big deal if you are getting 1 GB in exchange! The only catch is if you elect to have video ads on your phone, as inevitably they are more data hungry, or actually go the whole hog and visit the website advertised by one of the ads.

Choice of ads is yours

Just in case you were thinking that you couldn’t stand being bombarded daily by ads for products and services you were never remotely interested in, Optus is providing a choice of ad categories so you can select which ones are of interest to you when you opt for the new deal. The categories include:

It seems that ads appearing all over your screen whether you like it or not may be a trend that is catching on everywhere. It has been reported that Samsung will be introducing banner adverts on its new model Smart TVs which are sold in Europe. It’s not clear at this stage what the advantage is to Samsung viewers apart, of course, from having ads displayed for free! You never know. You may even see something you would actually like to buy!

Samsung has already introduced banner ads on TV menus in the U.S., but some viewers seemed to have managed to escape viewing them by finding a way of opting out from seeing them. It’s not clear at this stage whether this opt out facility will be available to European viewers. In fact, it’s possible that Samsung might even bring in a firmware update that makes existing Samsung TVs display the ads like new TVs.

Of course, if you really don’t like having to see ads at all, then you don’t have to choose a Samsung Smart TV, but it’s hard to say just how long it will be before other TV manufacturers get in on the act. We are all so used to adding more functionality to our electronic devices via new firmware updates, as well as downloading apps like the Optus / Postr Xtra app that it’s worth being reminded that the process can work both ways.

In fact, if you really can’t get enough of ads, you may soon be able to watch a movie sponsored by a company (with ads), on a TV channel that is supported by ads and be able to navigate to it using a TV menu that is also supported by ads!

Back to the Optus ads for data deal, Megan Foster, the company’s product innovation director, commented on the stimulus for the ads offer. She said that Optus had been “listening” to feedback from prepaid customers looking for ways to squeeze more data into their package. She said that it was a good trade off. By allowing Optus customers to see ads on their screen they could spend more time doing “what they loved” by gaining more data.

If you can stand to watch ads and would like more data to use for free, you can take advantage of a new offer by Optus. The offer is only for prepaid customers who have a locked Android phone. The ads in exchange for data swap may be part of a growing global trend.