What’s in A Name? Unlimited Plans Could be Under Fire. 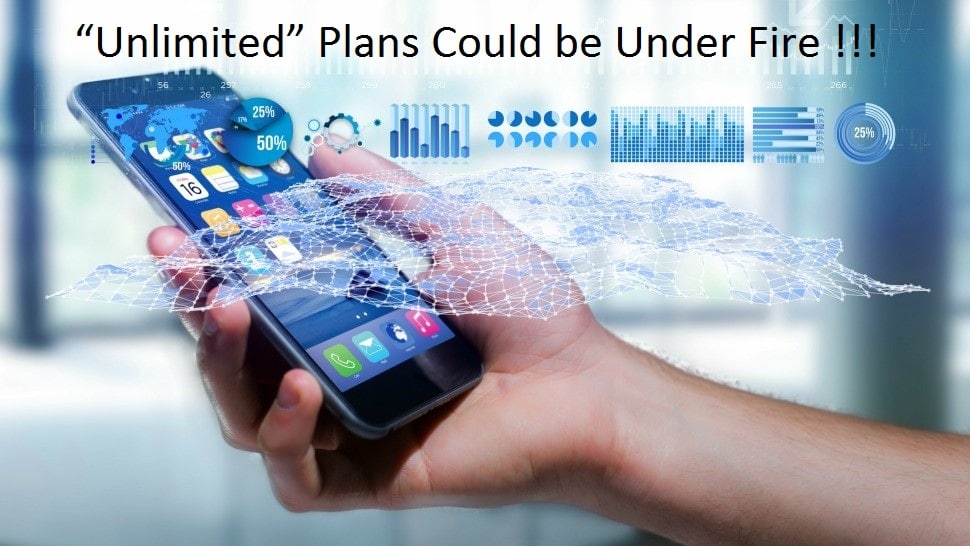 With increased consumer demand for data, and most plans already offering unlimited national calls and text, it was only a matter of time before companies offered “unlimited” data. Recently a number of these plans became available to the public – Optus were the first to offer an “unlimited” data package on a trial basis to a limited number of customers, which was then withdrawn.

Vodafone and Telstra countered with their own “unlimited” data plans. The term “unlimited” is accurate in that a monthly fee guarantees customers as much data as they can use, without extra charges. Where the term might be misleading is that speeds are very much limited once a cap has been reached.

“Unlimited” plans might cause potential customers to dream of endless video streaming without worrying about the extra cost, but the capped speeds make the dream unlikely. Once the allotted amount of 4G internet has been used up, customers have to put up with slow internet speeds until their plan renews the next cycle (or in TPG’s case, the next day). The question that the ACCC is likely to ask in the near future is “Are these companies justified in calling their plans unlimited?”

There have been problems in the past with the use of the word “unlimited”. In the past, the ACCC has already stepped in to stop companies from referring to their broadband offerings as unlimited, seeing as they had restrictions on data use in place. Many experts think that there is a renewed possibility of the ACCC starting proceedings to force a name change for these plans.

Consumers have to agree that they have read the fine print before signing a deal, but it’s not hard to imagine that some would become blinded by the use of the word “unlimited” and sign on without weighing up their options. That being said, the limitations of these unlimited plans (the cap on data speeds after a certain point) are clearly spelled out, and responsible consumers have all the information needed to make a sensible choice.

Optus Vs Telstra – the Advertising Battles

Optus have recently won a court case after protesting Telstra’s use of the word “unlimited” in their advertising. The ad stated, “One word from Australia’s best mobile network. Unlimited”. Optus argued that the use of the word could imply that Telstra was offering unlimited speed, volume of data, the ability to download without delay or restriction, and the use of any type of device. Telstra said it was just supposed to make people think. The courts agreed with Optus.

This comes after court proceedings in which Telstra argued that Optus should not be allowed to call themselves the “Best Australian Mobile Network” in advertising, and won. While these spats might seem petty, it certainly highlights the importance of taking care when naming and advertising a product. If the courts have already ruled that Telstra can’t use the word “unlimited” in advertising, it looks likely that the ACCC might have a case against telcos claiming to offer unlimited mobile data plans, should they choose to proceed.

It does seem that telcos have learned their lesson from past use of the word “unlimited” for Optus broadband services. While their advertising continues to utilise the term, it shows that users will have their speed capped at a certain level. The information is clearly spelled out for those who choose to read it.

While the focus might be on the term “unlimited”, potential customers should be more interested in how the plan will work for them, compared to other plans at a similar price point. Many companies are offering very large data inclusions on regular plans. If you are unlikely to exceed the allotted amount of data, you could possibly get better value from another plan for the same cost, and all the data would be at normal speeds.

We’re reaching a point where telcos have to push the boundaries to stand out, and using terms like “unlimited” helps them to do so, whether what they’re offering is better value than existing plans or not.  Consumers need to be wary when it comes to advertising and not take things at face value. That being said, if someone does decide to challenge the use of this term it is quite likely that their case will be upheld.

Perhaps tellingly, Optus was the first telco to offer an “unlimited” plan and it has since been withdrawn. Companies are reaching for new ideas to increase their customer base and revenue, and using terms that spark curiosity is a great way to generate interest. However, it remains to be seen if the ACCC will agree.