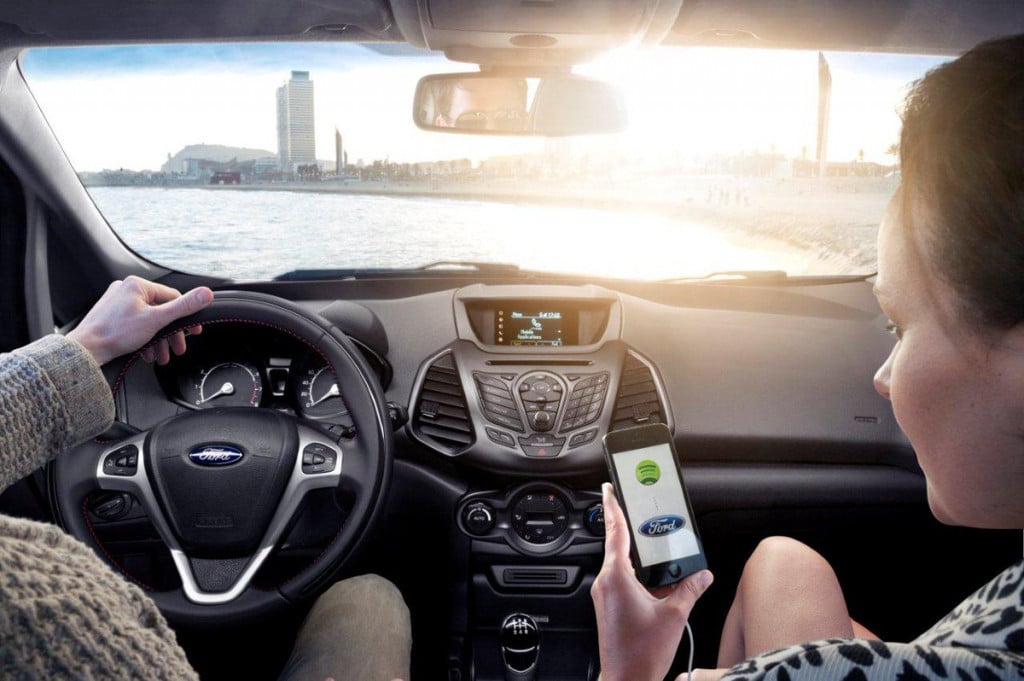 Another mobile world congress special in Barcelona has just been announced and that is related to 4G connections in European autos. Whether these devices are seriously needed in vehicles doesn’t seem to be much to do with the potential buyers, as car companies go ahead with anything that they think will give them a competitive edge over their rivals. This time it’s Ford’s turn to go ahead with an innovative creation by joining with Vodafone to install modems that are 4G compatible into new cars in Europe.

10 wi-fi devices can be connected at once

The modem will create 4G LTE connectivity using Wi-Fi, enabling the connection of up to 10 devices at any one time.

As usual with any new devices, the higher end of the market will probably get a look in first, even though Ford hasn’t yet revealed which Ford vehicles in 2018 will have this service installed. There has been a hint that the connection will mean linking up to a specific plan for the wireless service but no exact amount or over what period it will cover has been mentioned yet.

Europe to get the cars first

As is per usual, the biggest populations with the biggest markets get the chance to experience or buy into this new car first. This means the U.K., Germany, France, Spain and Italy will be targeted first, with other European countries to be included soon after.

Having Wi-Fi in a car is not exactly a new idea but Ford is hoping that an improvement in the speed of connections and a better overall performance is going to be a winner and it will mean passengers (but not drivers!) can play live games and stream other sorts of media while on the move.

The modem will be connected to essential information about the vehicle and to Ford’s Connect and FordPass services, which permits drivers to unlock and lock and their vehicle doors remotely from just about anywhere and check on information in relation to oil and fuel levels and battery-life amongst other things. The ability to access traffic updates in real time will instruct the driver to choose another route which will avoid traffic hold-ups.

Ford is going to connect the modem up to its eCall service, which dials automatically emergency services and can provide the location of the vehicle in trouble or if an accident has taken place.

Chevrolet in the United States has been offering 4G LTE-enabled autos through the telco AT& T for some time now and earlier this month it began offering unlimited data packages in its OnStar 4G vehicles. This is at only $20 a month and previously the cost was $40 for 10 GBs which still seems pretty reasonable. Chevy says that the explosion in for demand for data has brought down the price considerably which accounts for its latest offer. No mention about the drivers themselves but Chevy passengers in 2016 gobbled up more than four million GB alone which is a 200% increase from the previous year. It was used on various devices including live streaming on laptops and playing games on consoles. Chevy’s deal appears to be the best for 4G LTE connectivity for data in the car industry today.

What’s on offer in Australia while on the road?

Even though Australia doesn’t manufacture cars with 4G LTE connectivity both Optus and Telstra have been offering 4G+ Wi-Fi kits for cars for some time.

Optus offers a modem with

There is an in-car adaptor included as well as a hinged version that can be tilted for better viewing and handling. This is nowhere near as sophisticated as the Ford in-built version.

Australia certainly won’t be seeing any 4G LTE connectivity in Ford cars assembled in Australia, as the company’s Geelong and Broadmeadows factories closed in October 2016 following 91 years of presence in the country. Similarly, Holden, which built its 1st full car in 1948 and has since built 10 million engines and 7 million cars, will roll-out its last Commodore on 20th of October, 2017 at its Elizabeth plant outside Adelaide. Australians will be looking overseas for cars in the future.