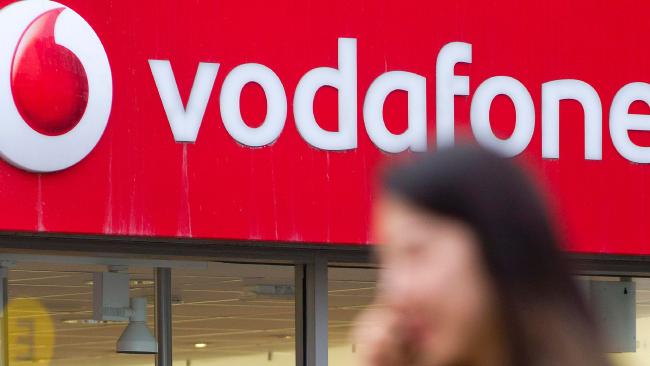 Global recognition of the Vodafone brand appears to be giving it the edge over its main rivals for the mobile phone market in Australia, at least amongst new arrivals. It also appears, from research that Roy Morgan has been doing, that the allure of Vodafone appears to slowly fade as time passes and new immigrants become more familiar with what the other telcos have to offer.

Vodafone the only Aussie telco to have counterparts overseas

The latest Roy Morgan research into the preferences of Australian residents is a fascinating insight into the effect of a globally recognised brand. Vodafone has a presence in many other countries outside of Australia, including many of the countries whose citizens emigrate from and come to the land down under. Vodafone India, for example, is used by 200 million Indians. It’s probably not surprising that immigrants from the subcontinent choose a familiar face when they first arrive in Oz.

One of the first things that all new arrivals do when they land in Brisbane, Melbourne, Perth or Sydney is to get themselves connected. It doesn’t matter at this stage whether they are just visitors or new immigrants. They look around the phone companies but they are unfamiliar with old Aussie stalwart Telstra and Vodafone’s competitor, Optus, let alone the Mobile Virtual Network Operators (MVNOs) that have sprung up over the last few years. The only name they recognise is Vodafone.

Half of all new immigrants choose Vodafone over Optus and Telstra

This probably explains why nearly 50% of all immigrants who have been here for less than 2 years chose Vodafone. Telstra, by contrast, is chosen by only 12% of newly arrived immigrants. Optus is a bit more popular at 20%. Vodafone’s commanding lead tends to slip a bit as time wears on. According to the research data, the percentage drops to:

Vodafone’s shine has definitely worn off by the time immigrants have lived in Australia for more than 20 years. Here are the statistics from the Roy Morgan data:

Optus does attract the attention of new immigrants, but the percentage who choose the telco doesn’t seem to change with time.

Telstra the firm favourite with the locally born

As might be expected, Telstra is a firm favourite for those who were born in Australia. This is not a particularly surprising statistic because for a long time, Telstra, government owned for much of its early life, was the only choice. Funnily enough the percentage of Australian born residents who chose one or the other of the three main telcos is almost a mirror image of the choices made by new immigrants.

Is there anything else that is putting Vodafone in front?

What the Roy Morgan research didn’t show was why immigrants chose the telco they did choose. The inference is that it’s just the familiarity with a company that has a presence in the immigrant’s home country that gives Vodafone the edge, but it’s only speculation. Vodafone may like to think that it has other advantages. Certainly, both Vodafone and Optus offer plans for visitors that are more attractive than Telstra’s. It does seem that both the two companies are going out to attract new arrivals, whether they are here for a flying visit as tourists, on a working holiday visa, have work permits for a 2 to 3 year contract, or have arrived with permanent resident visas.

Just compare the short term expiry plans that the 3 main telcos have on offer at the moment to see what Vodafone, in particular is doing to make it the new immigrant’s telco of choice.

Optus has a great $2 a day plan. This is very worthwhile for the newcomer to Australia as it doesn’t commit them to anything else than the $2 and they can keep renewing it indefinitely. For $2 they get:

Vodafone has the most varied and flexible short term expiry options, again attracting the attention of new arrivals and with the internationally recognisable brand name attached. For new immigrants and visitors alike, the MyMix options provide a choice of data limit, international talk time (very important to those with family and friends at home) and text numbers. Here is an overview of Vodafone’s MyMix1 for prepaid customers:

The cost of the MyMix1 package depends on the exact mix. The newly arrived immigrant with a lot of family chatting to do or the business person who needs to keep in contact with their home office might choose the $57 package which has maximum data and unlimited international minutes.

Telstra, by contrast, only has one rather unexciting short term plan. It’s for 7 days (like Vodafone’s) but only has unlimited texts and calls in Australia and international calls are on standard (i.e. expensive) rates. The data included is quite generous at 1GB, though.

It appears that half of new arrivals in Australia are choosing normally 3rd placed telco, Vodafone, over its arrivals, and the attraction doesn’t wear off too quickly. The research doesn’t pinpoint exactly what Vodafone’s attraction is but we can speculate that the main reason is that it is instantly recognisable while Telstra and Optus are little known outside Australia. Perhaps Vodafone’s attractive short term options are an incentive to choose it just after landing, too.