Vodafone Australia First to Sign Up for NBN’s Backhaul Product 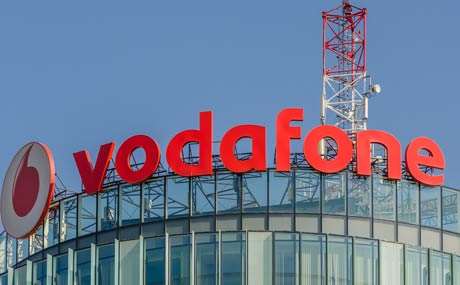 Vodafone Australia is extending mobile coverage to the Molong area in New South Wales by using the NBN’s backhaul service. Molong is one area that has been earmarked by the Federal Government in its black spot programme and Vodafone has stepped up to fill the gap, not by developing an independent infrastructure of its own, but by using a Cell Site Access Service CSAS provided as a new product by NBN, the National Broadband Network company.

Vodafone will make use of a combination of fibre and tower capacity for its Molong mobile service. An additional set of antennas has been installed on NBN’s Molong based fixed-wireless tower. This means that the CSAS product can interconnect with the main Point of Interconnection (POI) controlled by the NBN which is in Dubbo.

The NBN has been trialling its backhaul service since 2014 and Vodafone, which has the least extensive coverage of the three major telcos (it is mainly concentrated in the metropolitan areas of the country), has been one of the staunchest advocates of the NBN product. In fact, Vodafone was involved in testing the trial NBN backhaul service back in 2014.

Vodafone has already made a deal with TPG to run ‘dark fibre’ to 3,000 of its mobile cell sites, but this only accounts for around two thirds of its needs, hence its interest in the NBN backhaul capacity.

What is backhaul all about?

The best analogy to help explain what backhaul is all about is to compare it to a national highway system with the feeder roads that connect it. If the NBN network is the main highway, the backhaul service is the network of feeder roads that deviate from it towards other directions. The analogy only goes so far, because highways in Australia are primarily the responsibility of the government for funding and maintenance. Admittedly, some roads are federally funded and managed and others are state funded and managed, but basically they are all government concerns.

The NBN backhaul system is all private, although funding to develop the main NBN expansion may come from the government. The NBN intends to lease backhaul capacity to private mobile operators that wish to connect to it. In turn, these operators may lease out capacity to other providers. Vodafone, in Molong, is one of the main feeder ‘roads’ to be built off the NBN ‘freeway’.

The term backhaul is not restricted to connection to mobile operators. Far from it. Although that is something which is likely to expand rapidly over the next few years. The main backhaul network is designed to provide broadband connection.

NBN not primarily about providing a service for mobile operators

The NBN network is not primarily there to make it possible for mobile operators like Vodafone to tie in to their infrastructure via a backhaul service. Most of what they offer is broadband. The broadband service is provided from the NBN’s 121 Points of Interconnection, which are dotted around the country. From these 121 POIs, a backhaul network of fibres radiate out to smaller distribution points. Depending on size of final destination, these are either Fibre Distribution Hubs (FTTP), Cabinets (FTTN) Nodes (HFC) or Fixed-Wireless towers. A typical FTTN cabinet may serve 200 or so end users.

Theoretically, the NBN monitors the use of data so that there is not too much congestion. If there appears to be a shortage of bandwidth, then the NBN steps in to upgrade the connection.

The NBN, one of the major developers of broadband in Australia has been trialling providing a backhaul product specifically aimed at mobile operators. Vodafone has been enthusiastic about this and has already signed up for backhaul capacity in Molong NSW, an area of mobile coverage deprivation as indicated by its inclusion in the black spot programme.