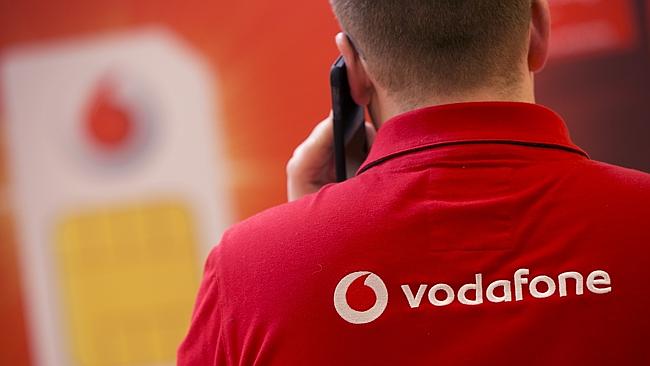 Vodafone’s CEO, Anaki Berroeta, used the occasion of the Australian telecommunication industry’s principal annual meeting, the Charles Todd Oration in Sydney, last week to address what Vodafone saw were the most important issues facing the industry.

Berroeta said that these were domestic roaming, the Universal Service Obligation (USO) and spectrum allocation.

This wasn’t the only key aspects of Berroeta’s speech as he also announced that Vodafone was intending to join Telstra, Optus and other major players in the fixed-line broadband service sometime next year using the National Broadband Network (NBN).

Are Concerns about Domestic Roaming Scaremongering?

The Australian Competition and Consumer Commission (ACCC) is “scaremongering” about its concerns about potential lack of competition if domestic roaming is extended, said Berroeta. Domestic roaming would be similar to global roaming if it was allowed in Australia. With global roaming, you are able to connect to your phone company and number when overseas because your phone company has done a number of deals with other mobile phone companies. For instance, if you have a Vodafone Australia number in Australia but travel to Britain or India, you are probably using the local Vodafone UK and Vodafone India networks to connect. If there is no local Vodafone, the agreement would be with another phone company.

Berroeta says it makes absolute sense for the same sort of thing to happen here in Australia. He says that duplication of telecommunications infrastructure for each major mobile phone company does not make sense in the vast areas of the country away from large urban areas. Being able to use a “rival’s” network in those parts of the country where it is simply uneconomic to have two three, four or more separate sets of infrastructure makes sense, he says and doesn’t mean that it would reduce competition. He said that the ACCC’s stance against domestic roaming is “scaremongering”. The “sky won’t fall in” Berroeta said if infrastructure sharing in more marginal parts of the country (and that’s actually a huge area!) would take place. He thinks that Telstra’s and Optus’s opposition to domestic roaming is bordering on the “hysterical.”

Reforms to the USO Welcomed by Vodafone

The second priority for the Australian telco industry to get right is the USO, according to Vodafone. Berroeta indicated that the recent change in attitude by the federal government to the USO and its preference to Telstra as the “provider of last resort’’ was very welcome and urged them to make more sweeping reforms. Vodafone as a company has been opposed to the USO for years.

The USO basically puts Telstra ahead of other telcos when it comes to subsidies and has helped to support their continued reliance on using outdated technology, more specifically the use of copper wiring in place of fibre optics, satellite and wireless. Copper wiring uses electrical impulses which travel at much slower speeds than electromagnetic waves used in fibre optics (which use light), satellite communications (microwaves) or wireless.

Berroeta said at the Oration conference that he couldn’t understand why the incumbent provider (Telstra) was being treated like a “sacred cow”. Vodafone has argued in the past that the USO would be better directed at mobile black spots that so far have been missing out on mobile coverage because of the lack of infrastructure rollout. Millions of dollars have been reportedly spent on Telstra’s use of copper in places that already had sufficient coverage using more modern and faster delivery technology.

The government appears to be responding to an independent review that has already made 12 recommendations which suggest how the government can help to make regional access to telecommunications provision more effective.

Is the Federal Government Serious About the Future of the Telecommunications Industry?

The third key issue that Vodafone is concerned about is allocation of spectrum, as outlined by the company’s CEO in the Oration speech. Anaki Berroeta said that it was unclear whether the government was really committed to the welfare of the telco industry in the long term or was having a piecemeal approach which may end up costing millions and poorer or no service to significant parts of the Australian population, especially those living outside of the big metropolitan areas.

Berroeta did not specifically mention the federal government’s decision made only recently to have an auction to sell off two sections of the 700 MHz band. The two parcels of 15MHz remained unsold when the first auction for this band took place in 2013. Vodafone had proposed at the time that it bought the whole spectrum for just over 570 million dollars.

The CEO said that the government’s attitude towards competition in the industry didn’t always promote it. He described the situation with soon to be available 5G. Vodafone has already had a trial with 5G at Sydney’s University of Technology in partnership with Nokia, the mobile phone company. The trials showed that 5G could provide data speeds approaching 5Gigabytes per second.

Berroeta said that when 5G becomes available in Australia, the most likely spectrum it will use is the 3.4 to 3.7 GHz band. He said that despite this, much of this band has already been allocated to the NBN for its metropolitan fixed-line services. According to Berroeta, only 80,000 customers or so are likely to benefit from this band allocation.

Berroeta used his speech to emphasise that 5G and broadband should not be considered as competitors. Rather that they should be used to complement each other. He said that there had been comments made in the industry that when 5G becomes more widespread that it may lead to fixed-line communications becoming redundant. Vodafone’s approach is that consumers only want to ensure that they can get connectivity “all of the time” and as much as they can get. To meet consumer demand, there should be no talk of the two systems being mutually incompatible or competitive but combined meeting the “always-on” requirements of the modern consumer.

Perhaps that explains why the telco has decided to launch its own broadband service next year using the NBN network.