How Much Can Australians Expect To Pay for 5G? 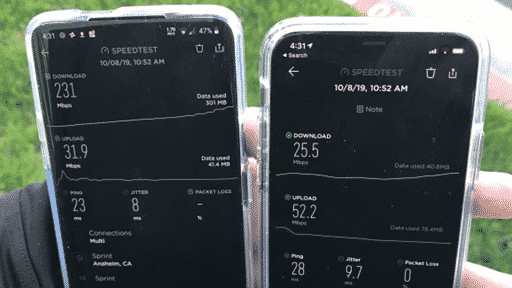 The OnePlus 7 Pro 4G and 5G versions are identical in every aspect except 5G connectivity, which adds $100’s to the later’s price tag.  img source

We’ve had detailed information about 5G infrastructures, 5G smartphones, and 5G rollout dates, but information about the cost to customers remains sketchy during the early days. Although we know that the new connectivity network differs immensely from current and previous networks, the difference between the cost of 5G plans and that of 4G is still subject to speculation.

The clues fueling these speculations mostly come from what we saw during the transition from 3G to 4G, where the demand for data went off the 3G charts. If the main difference in cost will mostly stem from the increase in data consumption, then telcos will be bearing most of the rollout costs on their own, hoping to recoup through increased data bundle sales over the coming years.

And from indications, telcos offering 5G are even considering lowering the prices of their data bundles, which will count mostly in the gigabytes for 5G users.

Another key indicator of 5G’s cost to consumers is the prices of 5G phones. You need a 5G-enabled phone to connect to the 5G network, and it most likely won’t be the smartphone you’ve been using all this while.

From official reports, Telstra will waive any extra costs of 5G connectivity for early adopters who take up a Telstra 5G phone contract before late June, at least until their contracts expire. The telco has also announced that all their customers will have access to their 5G network for free for up to 12 months. After enjoying the freebies, customers will then be charged an extra $15 per month on their data plans in order to remain on the 5G network.


Optus has also released some details about their 5G connectivity charges. The telco currently offers a 5G Home Broadband plan with unlimited data for $70 per month (similar to the average NBN plan cost) as its flagship 5G connectivity plan. The plan comes in a 24-month contract variant and also a month-to-month contractual basis.

The two-year plans come with free setup services, a 5G-capable Nokia modem, and one month of free service. There’s also a guarantee of at least 50Mbps loading speeds for all Optus 5G customers.

Vodafone will be the last among the top three Australian telcos to launch a 5G network, so details of the cost of its 5G connectivity are relatively scarce. But clues from the current data plans indicate that the network might offer the cheapest 5G connectivity options among the top telcos. Vodafone will most likely turn on their 5G network toward the end of the year. By then, it’ll be looking to compete with the other two already established networks through competitive pricing.

Early adopters may have to pay more for 5G connectivity, but the cost will be anything but prohibitive for average phone users. The top telcos will be hard-pressed to increase phone plan sales to begin recouping their massive investments in the new technology. Experts believe that 5G will gradually bring down the overall cost of phone plans. In a statement made in last year’s Mobile World congress, former Telstra Chief Operating Officer Robyn Denholm noted that “There’s no question that 5G will enable us to reduce the cost of traffic.”