Telstra Shows 5G Connection for Customers is On the Way 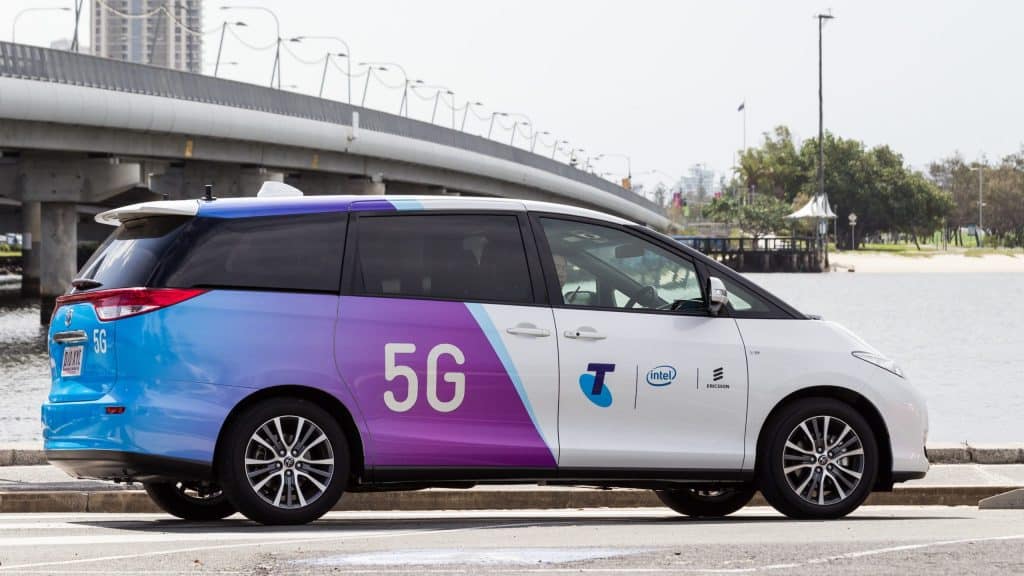 5G isn’t much good without the availability of devices that can access the network. Telstra’s latest achievement tests the viability of both, finally making the most of their new 5G network with devices containing chipsets that will soon be available for commercial buyers.

The latest test is a new milestone for Telstra in their race to be the first commercial provider of 5G in Australia. Telstra were in the thick of the action at the Commonwealth Games, competing with Optus to showcase their 5G capabilities. At that time, the 5G Innovation Centre was opened, allowing guests to see what the near future holds for mobile devices. Telstra have recently switched on 5G to a number of sites, with the goal being 200 5G enabled towers in various locations across Australia by the end of 2018.

We’ve had all the parts available for some time now, such as the 5G enabled towers, the chip sets – basically all end-to-end tech. However, this the first time in Australia that someone has been able to link all the components to achieve a live 5G connection in the real world. The connection used Telstra’s 3.5GHz commercial spectrum, Ericsson’s latest 5G network software, and Qualcomm Technologies’ 5G commercial chipset in a commercial form factor device. The signal was received using a form factor device made in partnership with Qualcomm and Ericsson, two companies who are developing close ties with Telstra during the development of commercially ready 5G.

Telstra have invested almost $5 billion in their networks over the last three years to upgrade them and have them 5G ready when the technology is available to customers. Even though Telstra have enabled 5G towers around Australia, their benefit to consumers is largely theoretical at this point due to the lack of devices. At this stage, only one company have announced a 5G phone that almost ready to be made available to customers, and so far it is available only in China.

The Xiaomi Mi Mix 3 was released earlier this year, and the company have plans to release the Mi Mix 3.5, which they have confirmed will be 5G capable. The European market is likely to have access to these phones sometime in late 2019, but presumably by then other brands will have made use of the available technology and produced commercially ready – or nearly ready – 5G enabled smartphones.

5G has brought together companies from all of the world to share expertise and experience, and the results achieved are largely an outcome of globalisation. That being said, Australia is certainly holding its own on the world stage, with both Telstra and Optus achieving world firsts with their 5G testing and rollout. While there have been many lab tests undertaken in the last few years, this emphasis on real-world deployment signals a new milestone in the race to 5G. The ability to send and receive a 5G signal has moved beyond the lab and is now being tested in the field, which means the technology is a step closer to being in the hands of consumers.

Technological development has been held back in many areas by the constraints of the 4G network and the difficulty of “connecting” devices. With both 5G and the eSIM on the horizon, these problems should soon be overcome which will pave the way for a new generation of connected devices. The involvement of major international leaders in technology like Qualcomm and Ericsson further increase the likelihood that 5G-ready devices will be made available to the public sooner rather than later. And when that does eventually happen, it looks like Telstra is ready to go.