7 Things To Consider Before Buying A Mobile From Telstra

7 Things To Consider Before Buying A Mobile From Telstra

If you don’t know the Telstra brand, you’re not Australian. Love them or hate them, they’re part of the furniture. They’re not the cheapest, they don’t have great customer service but they do have a good network. Here are 7 Things To Consider Before Buying A Mobile From Telstra.

Let’s get this straight. They cost more. A lot more. Price Plans from the other operators start at $30 per month. Telstra’s plans start at $60 and go up from there.

In some ways, you get what you pay for. But make sure you consciously consider the alternatives before you decide. If you live in one of the bigger cities and rarely travel out of it ( be honest with yourself ) then perhaps paying the premium for Telstra’s coverage isn’t worth it for you.

Buying a price plan is a combination of many features – not just network coverage. Consider how Telstra compare to the other phone companies in Australia, using the list below to make sure you’re getting the right phone and plan for you.

Take a look in the online store and you’ll very often see special deals for specific handsets. These are often paid for by the manufacturer. For example, you might get a free wireless charger if you buy a Nokia Lumia. Or a free case if you buy a Samsung Galaxy Note.

7 Things To Consider Before Buying A Mobile From telstra

3. Big T’s Network Coverage Is Great – But The Others Are Better Than You Think

There’s no denying it, Telstra have the best network coverage. The latest 2013 independent report from JD Powers backs it up. Telstra had fewer complaints made about its service and has better performance on almost every aspect of its service.

Competition on network quality has forced Vodafone, Optus and Virgin Mobile to pick up their game. There is only a 7% difference in satisfaction between the best and the worst networks in Australia.

LTE or 4G network coverage is the new standard for really fast wireless broadband speeds on your phone. Telstra were way ahead with the launch of their 4G network. They cover more of Australia with 4G speeds than the other phone companies.

However, despite the hype, Telstra’s 4G speeds are not better than those provided by Optus and Vodafone Australia. In fact, in some areas, Optus’ 4G network is officially faster.

Make sure you check out the coverage maps that each of the operators have on their websites to ensure you have coverage where you are.

5. Get a Data Bundle – 1GB Probably Isn’t Enough These Days

Even at $60, the Price Plan inclusions for Telstra offer only 1 GB of Data ! Most users of the newest mobile phones will find this insufficient at some point in their contract. Find out more about Telstra Data Add Ons.

Most of the independent ratings agencies rate Telstra’s customer service as second best. It’s easy to write this off as something you’ll deal with ‘if there’s a problem’ – until it all goes wrong and you get bounced around 18 departments for a fix.

Click on the Image Below for a quick summary info-graphic of all the important information. 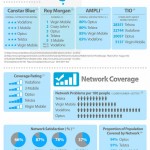 Check Out The WhatPhone Infographic For Phone Company Comparisons

Make sure you download Telstra’s free 24 x 7 Self Service Application for your new mobile phone. You can check your usage for free to ensure you don’t blow your cap and get a big, unexpected bill, add extra data if you need it and turn on facilities you need, like International Calling. It’s one way to avoid long queues on the phone when you call up for help.

Finally : Get The Best Deal – Sign Up To WhatPhone Emails

We want you to get the best deal. Sign up to the email from Whatphone and we’ll do the comparing for you across the major Australian networks.

So, there you have it. 7 Things To Consider Before Buying A Mobile From Telstra. Their network is great and it’s a safe bet for most. But there is more to a 2 year contract than just network coverage where you don’t need it !