How Telstra Air Have Made Customers Enjoy Unlimited Data Access 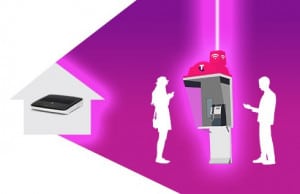 The national carrier has just announced in the media, that free access to Telstra Air will continue nationwide.

The nationwide Wi-Fi network deal will continue until the 27th of March next year.

Originally the deal was only extended 6 months, after which it was extended to 30 June 2016 and now until next year.

If past history is any guide, next year’s 2017 date could be extended again. But, we will just have to wait and see.

Telstra originally launched the Telstra Air service to much fanfare and is best known for the bright pink tops on their phone booths.

It first began as a free service for everyone during the testing phase but has since been reserved for Telstra customers.

Who Can Benefit from Telstra Air?

Telstra Broadband customers can also access the service, providing they give up a portion of their own bandwidth.

A small portion of bandwidth is the tradeoff for gaining access to the Telstra Air system.

Once Telstra Broadband customers opt-into the Telstra Air service, a “Telstra Air” and “FON Wi-Fi” are added to their home network.

When it comes to deciding if Telstra Air is right for you, or if you are eligible, it can be a little bit tricky.

Telstra’s definition of “eligible” seems a little more complicated than it needs to be, so Whatphone is here to help.

Which Telstra subscribers can take advantage of the Telstra Air Network?

If you fall into one of the above categories then you are eligible to apply for the Telstra Air service.

It’s also important to keep in mind that your eligible account must keep up with payments, on your respective service.

A great incentive for home broadband customers to agree to give up a portion of their data, to gain access, is the benefits of FON.

FON is the global network partnership with Telstra on the Telstra Air service.

This is all-inclusive and at no additional service fee.

Roaming fees are often one of the hidden costs when you travel and can quickly add up to a lot of money.

Telstra Air provides eligible Telstra customers with a simple and convenient way of accessing Wi-Fi on the go.

Through the Telstra Air Network, members can use any Telstra home broadband hotspot around the country.

When you access a hotspot your data allowance is calculated by your plan limit.

An example to look at is the Home Broadband $75 plan, with a monthly data allowance of 100GB.

Any data which you use at any of the Telstra Air hotspots around Australia, would be subtracted from your monthly allowance.

The FON network which comes with the Telstra Air service gives access to more than 20 million FON Spots overseas.

The Telstra Air network is perfect for consumers that don’t want to use their mobile plans data allowance.

Or for Telstra subscribers that might have not much mobile data left available to be used.

Connecting to a Telstra Air hotspot on the go is an attractive solution to using mobile data on the go.

The Telstra Air network is currently made up of thousands of hotspots, with more being added all the time.

Remember the great thing about Telstra Air is that it’s a network created by Telstra Home Broadband subscribers.

When you’re out and about, any Telstra Air networks within Wi-Fi range are connectable, which is fantastic!

By sharing a little of your monthly data allowance, you get a lot in return.

Connecting to the Telstra Air network and getting online is simple.

When you are away from your home you can connect using your mobile phone, laptop or even a handheld device.

By using the Telstra Air App, you’ll be able to automatically connect to the nearest Telstra Air hotspot.

And, if you are traveling overseas you can connect to any supported hotspot on the FON network.

FON is a global Wi-Fi network and acts as the exclusive Australian partner with Telstra.

The global network currently has more than 20 million Wi-Fi hotspots in many different countries.

So no matter if you are in the UK, Germany, Japan, France or even South Africa, you can stay connected.

Telstra as Australia’s national carrier are a leader when it comes to innovation and providing enhanced services.

The Telstra Air Network and FON partnership are just another example of this.

Will the continual roll out of new Telstra Air hotspots, this could continue to grow into national wide coverage.

Telstra has once again for the third time, pushed the free usage period out until March of next year.

The national carrier continues to stay a step ahead of the competition and intend to grow their lead even further.

Now while this scheme is not an original idea (it has been previously used in Europe) it is an intelligent system.

By taking an existing application, Telstra has been able to scale a network on the back of their existing infrastructure.

Looking forward to the longer term, the more uptake of the Telstra Air network is a good thing for the Telco.

If an increased number of subscribers are using Telstra Air, this will translate into reduced load on their mobile network.

And given the string of network outages in the first period of 2016, reducing load from the carrier’s perspective this is a good thing.