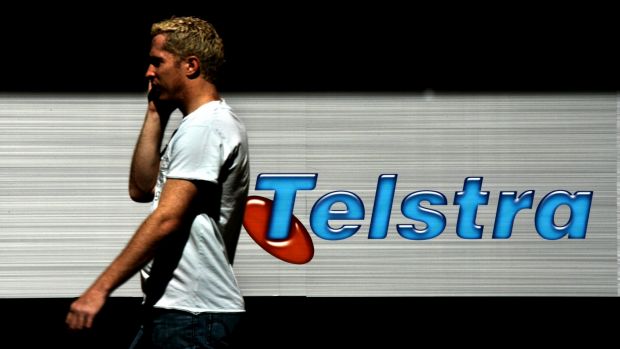 The telcos in Australia are continually at loggerheads as to who is going to get the lion’s share of either government funding or consumers’ loyalty. So far, Telstra is trying to beat them all by maintaining a monopoly while discouraging competition.

The telco is currently waging a battle so that it can deny access to its rivals to its mobile phone network, covering 2.4 million square kilometres.

The Australian Competition and Consumer Commission (ACCC) is conducting an inquiry to decide if Australia’s 3 key mobile network owners and providers, Optus, Telstra and Vodafone, should be forced to be more competitive by reaching commercial roaming agreements in relation to sharing their mobile tower infrastructure.

At the moment, literally thousands of residents in rural communities are unable to choose their provider as Telstra is the only one present to offer mobile services. Telstra’s rivals only have network coverage of one million square kilometres each.

Domestic Roaming Would Help To Resolve the Gaps and Increase Competition

Allowing roaming would mean that mobile phone owners would be able to shift easily between the towers owned by the three biggest telcos, Telstra, Optus and Vodafone. This, according to potential users in mobile phone deprived areas, would mean more coverage and heightened competition. We all know what that would mean and that is lower prices!!!

Telstra is standing firmly against domestic roaming as it saying that its share price would drop which would not be attractive to future investors. There are other organisations like the Regional Telecommunications Review, Victorian Farmers Federation and the House of Representatives standing committee on infrastructure and agriculture who have argued that mobile roaming would improve competition and the quality of service to rural communities.

Victorian Farmers’ Federation vice-president (VFF), Brett Hosking, said that allowing roaming would mean there would be less wastage on duplicating towers, therefore it would free up more money to invest more efficiently and competition would be promoted. The same rhetoric came from the National Farmers’ Federation which has asked the ACCC to consider roaming services in regional areas.

The Federal Communications Commission (FCC) in the United States has since 2007 required that bigger mobile network operators provide domestic roaming for push-to-talk, voice and texts and since 2010 data traffic as well.

It seems that Telstra is not so much opposed to sharing towers, it’s more concerned about losing its main advantage over other telcos. For urban consumers up to now, that is its extensive coverage, which is more by far than any other telco. The travelling Australian is far more likely to choose Telstra on that basis over other telcos with less coverage.

It doesn’t take too much to guess what John Mullen, Telstra’s chairman, said at its recent AGM and that was if the ACCC was to go ahead and enforce mobile roaming, Telstra shareholders would be the ones to suffer. The ACCC is expected to come out with a draft decision on enforcing domestic mobile roaming soon in the New Year.

It’s not just farmers who want to see changes. The Productivity Commission has been a critic of Telstra’s Universal Service Obligation (USO) agreement, saying it’s both outdated and anti-competitive. Up to now, Telstra has been the recipient of the lion’s share of taxpayers’ money, running into billions of dollars to keep on top of changes in technology. It also receives money from its competitors.

The Productivity Commission is demanding a revamp of the Telecommunications Universal Service Obligation (USO) agreement set-up between the Government and Telstra, which states that all Australians should be able to access a voice telephone service. This contract comes to an end in 2032. Telstra has been receiving $300 million annually from the Government to ensure that everybody is able to access a standard telephone connection. This, in practice, means that Telstra has been providing payphones in every Australian town, as well as ensuring all Australians can use a phone line 24/7, regardless of profit.

Billions in Pay-Outs to Telstra

Over the contract period taxpayers are providing almost $3 billion to Telstra, while the other half is through a levy paid by the other telcos to use Telstra’s infrastructure. This, in simple terms, means the bigger operators like Optus, TPG, and Vodafone are subsidising Telstra to provide home phone services and payphones to regional Australia.

What the Productivity Commission Says About the Telstra Monopoly

The Productivity Commission has just last week demanded that some parts of this agreement should be mothballed as they are now out-of-date. This is due to Australia’s telecommunications environment and in particular mobile technology altering at a fast rate which includes the rolling out of the National Broadband Network (NBN) by 2020 throughout all areas of Australia. The report is on the side of Telstra’s competitors by stating that USO restricts competition. It says that how much government programs cost should be made available and tenders should be sought to fill the gaps instead of allowing one company to be given the cash without any accountability.

At the moment Telstra is not required to disclose how the $253 million annual funding for copper and $44 million to install and maintain payphones is used. Dan Lloyd, director for corporate affairs and strategy officer for Vodafone, finds all of this rather shocking. Of course, Telstra likes the USO deal and wants to keep it operational as long as possible at least until the NBN rollout has been completed. It seems that the USO deal with Telstra is really providing subsidies to the telco to keep both payphones and copper lines in the fixed wireless NBN zone operational, even though when they are loss-making. When Telstra decides to shut down a service for one reason or another it still keeps the subsidy.

However, the Productivity Commission’s Commissioner, Paul Lindwall, states that the USO no longer serves the Australian community and the report has certain suggestions that the

If Telstra’s Competitors Win, it’s Better for All

No-one knows yet what is going to happen to Telstra’s monopoly on providing regional services but if domestic roaming goes ahead and the Productivity Commission gets its own way on the present USO Telstra agreement there will be changes ahead when dividing the telecommunications’ cake.