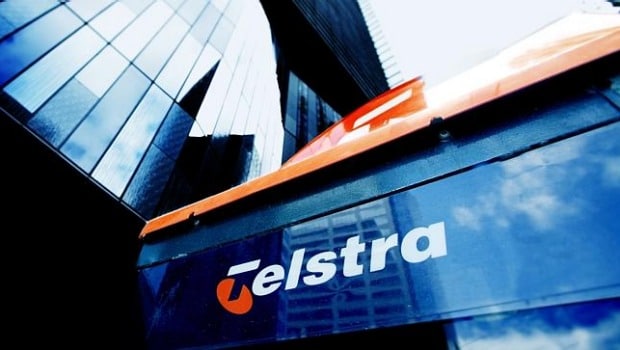 Competition is rife in the telecommunications market in Australia, and it seems that Telstra is struggling to handle it.

Many telcos are changing their techniques to raise revenue with the biggest one in the league trying its best. Telstra has tried since 2013 to fund 44 start ups and has spent more than the A$235 buying 18 health-related companies, purchasing 30 companies through its division responsible for venture-capital and it is also financing its mining technology arm. None of these tactics have been that successful. Overall, this and other investments in the technology sphere have reaped in just A$908 million, which only makes up 3.4 percent of its total income.

Telstra invested $330 million in Ooyala, a tech start up specialising in a video platform, which seemingly has failed, as they lost all hope that it was going to succeed back in August.

What’s causing this failure to increase revenue resembles what’s happening elsewhere in the world. Profits are tight from networks that were based around traditional fixed-lines and competition has increased between groups of mobile providers.

What Telstra is Doing Right Now

It appears to be reviewing its capital investment portfolio. It was this that got the attention of the rating agency Standard & Poor, who have now revised Telstra’s position and put it into negative as its dealing with more debt than is considered sound while other mobile operators are seeking to become more competitive in the deals they are offering consumers.

How Telstra’s Success is Rated

Overall, Telstra on paper looks as if it’s doing very well, with revenue from its mobile and fixed line connections in the last tax year reaching A$16.7 billion plus the fact that investments like the purchase in 2014 of Pacnet, the undersea cable company, for $697 million have recently added substantial revenue. It shouldn’t be forgotten that 8.80 percent was the gross dividend yield. This makes it one of the strongest yielding Australian companies.

The worry about its financial position is more to do with the fact that revenue from its mobiles and fixed-voice lines dropped by 1.5 percent in the last fiscal year. Earnings are supposedly going to be affected by A$2-3 billion due to it losing its wholesale business when the new broadband network owned by the government has completely replaced its copper lines by 2020 approximately.

Telstra and Ooyala – What has been happening?

Ooyala has a video playing technology which brings together high-quality movie streaming and data-crunching. This is supposed to let media customers run adverts within the videos. Scott Flanders, who invested in Ooyala, reported to Reuters that when Telstra took over what was once “crisp” customer service this takeover affected this side of the product.

From 2012 to 2014 Telstra spent up to $330 million purchasing 98 percent of Ooyala. It recorded an A$246 million impairment on this investment in August. In response to these reports Jonathon Wilner, who is the vice-president of Ooyala in the areas of strategy and products, said that it had purchased 2 media logistics and video advertising companies within 9 months of the purchase by Telstra and as a result this had slowed down innovation. He said currently these two businesses are going through growth spurts. He also reported that with Telstra in control there had been overall steady developments in innovation and also in the release of products.

Andrew Penn, who currently holds the role as Telstra’s CEO, stated that he had full confidence in Ooyala and its video streaming potential.

Optus Has Innovation Problems too

Paul Rybicki, Optus’ insights boss, has stated that the telco is having to put together data on customer interactions and usage of digital information products to help Optus determine the right move by developing what consumers are after. He reported that the greatest problem that the company faces is keeping up with rapidly developing technology which quickly takes older technology off the road map.

The company’s main target is marketing what the consumer wants. Rybicki said they had been studying basic customer data in relation to their post paid mobile customers which included name, address and date of birth. They are out to discover whether a customer is out just to get data or spends more time using call time.

Rybicki highlighted an example recently of how the data that had been collected got them to include in their post-paid plans international minutes. He said this was done by analysing what countries their customers preferred to engage with and then offering a proposition to the innovation team which was followed up. At the moment the insights team at Optus is working on the importance of such things as social media and also calculating how much data allowance its customers are using on mobile devices for the streaming of videos, for the playing of music or just for web browsing.

While Telstra is trying to make or break in building its revenue, Optus is taking a more roundabout way by gaining customers through analysing their behavior so that products can be offered to increase their usage which in turn grows revenue for Optus.

It hasn’t yet come up with any ground breaking methods of growing its revenue but it’s just chugging along and taking things as they come. Meanwhile, less well known phone companies are just offering the basics in the form of voice, SMS and data and are catching quite a customer base.