What does Belong Mobile Mean for Telstra’s Future? 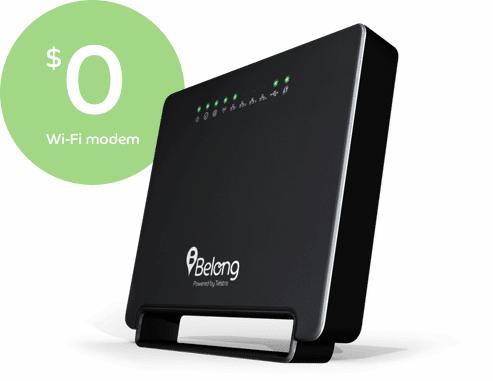 Belong Mobile are a small phone company which use the Telstra network.

Telstra is attempting to boost its bottom line with the launch of cheap mobile broadband – Belong Mobile. Telstra has always projected itself as a premium service, so an attempt to grab a slice of the cheaper market base looks like a desperate move to make some headway. Couple this with slashed dividends and dropping share prices and the future of the company looks grim indeed. But is it? Let us look at some pros and cons around Belong Mobile and analyze what it means for Telstra’s future.

Belong – A new source of revenue

8 per cent of Telstra’s profit margins currently come from fixed line broadband. But the arrival of NBN is about to change everything. NBN has not only purchased all of Telstra’s networks but is also going to charge Telstra back for renting the network again. Earlier, Telstra would charge a premium for other mobile retailers to lease and provide their service over Telstra’s networks. Now everyone, including Telstra, have to pay NBN this leasing fee. The fee drops for other retailers but creates a new hole in Telstra’s profit margins – a $3 billion one to be precise.

In order to fill this gap, Telstra needs revenue – and it needs some fast. Past success of Belong Fixed has motivated Telstra to try Belong Mobile and earn back some of the revenue being lost to NBN.

Belong – A protection against competition

Rival TPG is set to launch a new mobile network in couple years’ time. They have already hinted at some aggressive marketing strategies to entice customers and have announced a target of reaching 80% Australians. TPG has been known to undercut competitors and go so far as to flag the first six months free in order to get new customers on board. Telstra can’t afford to have more competition eating into profit margins further and has launched Belong to stem some of TPG’s plans.

Getting Belong Mobile in early could give Telstra some time to establish itself in the low cost mobile space and make use of existing customer loyalty. Telstra wants to capitalise on its biggest strength, its networks, which it has invested literally billions on. Can TPG hope to compete with only $600 million of planned investment in network capacity? Probably not and Telstra’s trying to leverage everything it has.

While launching Belong Mobile is being touted as a good move it does come with potential risks. The launch has been less than stellar, and it hasn’t quite got the traction needed. Till date, it has only been able to capture 150,000 customers, which is less than 5% of Telstra’s fixed line broadband base.

One of the reasons why it isn’t taking off like Belong Fixed could be because of Fixed’s pricing structure. Most broadband plans from Telstra are purchased in a bundle along with other services like landlines, mobile and Foxtel. In the last year alone, 88% of Telstra’s broadband customers signed up for a bundle. There is no such bundling for mobile, and hence no incentive for existing Telstra customers to sign up.

Another reason could be that Telstra was probably not prepared for the challenges of the price sensitive market segment. The level of customer experience expected is much higher, and margins are very thin when you are competing on cost. Amaysim, a big player in the low-cost broadband space, has captured one million subscribers through excellent service. They have a self-servicing platform that is unmatched in delivery. Competing at this level will probably not be easy for Telstra’s business model.

Panicking and selling of Telstra shares may seem like a good idea now, but I would recommend holding on. Belong has the potential to benefit Telstra if they figure out the correct delivery model. In the meantime, Telstra is also working hard towards an image makeover and profits are being reinvested into future business growth. The company’s share dividends were much higher than other tech companies and the drop has made the company average, not low performing. The company’s past performance has set some high expectations but current profit levels are more due to external factors than anything else. There is no harm in giving Telstra a second chance.