Vodafone Australia has entered into a partnership with DOCOMO Digital. Vodafone is one of the country’s three major telecommunication network providers. Its new partner, DOCOMO Digital, is a well-established mobile commerce payments platform. Together, Vodafone has launched new subscriptions for the customers who are using Amazon Prime, Spotify Premium, and Netflix services.

Video streaming services of all types are becoming very popular in Australia. These services allow subscribers to watch online videos without requiring them to download the content on their computers, mobile devices, and other devices. Australia ranks number six in terms of video streaming penetration rate.

Around 14 million Australians’ data usage come in the form of Pay TV/Subscription TV. In addition to Netflix, an increasing number of people are using other Subscription Video on Demand (SVOD) services, including Stan, Amazon Prime, Stan, etc. 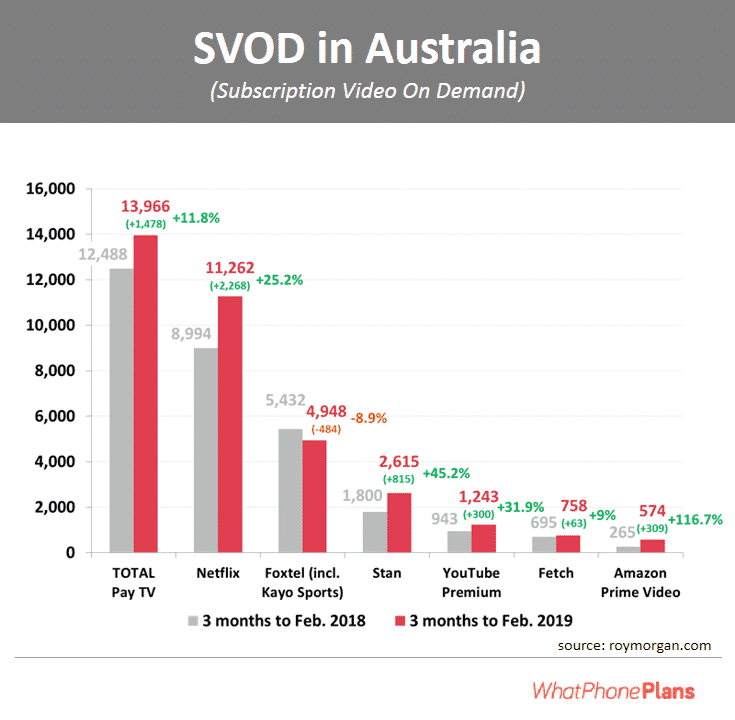 Over the past year, Netflix has led the growth of Subscription Video on Demand (SVOD) services, with more than 11.2 million Australians within three months to February 2019 accessing a Netflix subscription.

The leading Australian-owned SVOD is Stan, which is accessible by more than 2.6 million Australians. Smaller SVOD services such as YouTube Premium, Fetch, and Amazon Prime Video also witnessed major growth in users over the year 2018. The biggest increase was recorded for Amazon Prime Video — the service has doubled its user base over the past year.

Considering the increasing demand and use of online video streaming, Vodafone appears to have come up with the right offers.

In the three years since 2014, the video-on-demand (VOD) industry has changed significantly. The introduction of SVOD services such as Stan, Netflix, etc. is also a result of this industry change.

According to a 2017 Online & On Demand report that surveyed 1,683 Australians aged 14 and over who watch screen content online, people who watched VOD spend around 14 hours per week viewing time watching broadcast TV. Moreover, SVOD is also watched for 8.5 hours weekly. Fifty-two percent of surveyed SVOD users watch less free-to-air, and 46% are less likely to download TV programs and movies. 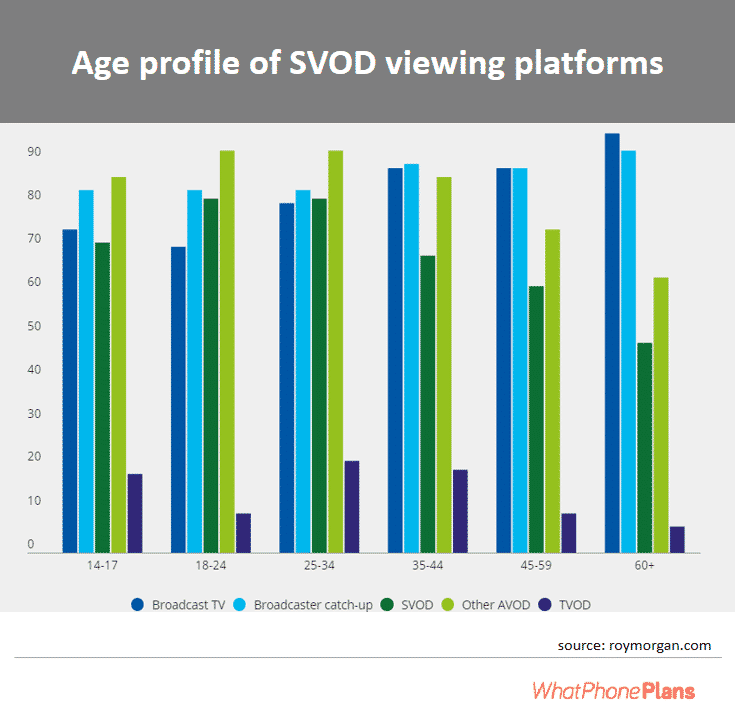 Customers using the services of Vodafone can now sign-up for 30-day free trials for the new services. They will pay for these services as a part of the bill for their mobile phone plans after the first month.

DOCOMO Digital enables a convenient sign-up and buying process for customers. It avails end-to-end subscriptions and billing management for the telco. Customers can easily pay for digital content and services they use as part of their mobile phone bills. They can also pay it as part of direct carrier billing. This payment method offers customers convenience and security while availing a fast and effortless sign-up process.

According to Nick Grenville, who is head of Postpaid Voice at Vodafone Australia, their partnership with DOCOMO Digital will allow them to provide customers with enhanced customer experience and excellent new subscription offers.

DOCOMO Digital is striving to eliminate all hassles in mobile commerce transactions for its partners, including Vodafone Australia. Their state-of-art platform has been designed to allow easy, quick and reliable integration with over-the-top (OTT) services for their telco partners without demanding time and effort from the telco’s internal teams.

DOCOMO Digital appears very happy for their long-standing and ever-growing partnership with the Vodafone Group worldwide.

Vodafone Australia and DOCOMO Digital have come up with offerings that are sure to attract customers. As the demand for SVOD content is increasing, customers will love the convenience, security, and affordability associated with the new offers for Amazon Prime, Netflix and Spotify Premium customers. This is coming at a time when Telstra and Optus have been the 2 major telcos dominating news cycles and press release, making this news a welcome development for Vodafone. With entertainment becoming a major component of Australian phone plans, this new partnership can only serve to make the mobile plan market more competitive, which always ends up being a good thing for the consumer.