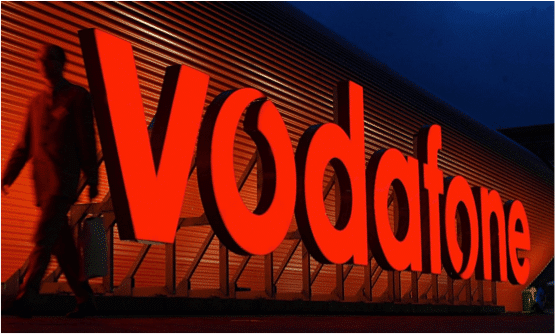 This article compares Vodafone with the other phone companies in Australia. Below:

Vodafone is a huge and credible global brand

Vodafone have experienced the challenges of the Australian national press for poor coverage since 2010. Despite this, Vodafone is a strong, international brand which should be seriously considered if you’re in the market for an Australian mobile.

The truth about the Vodafone network

Here are the key network improvements Vodafone have made. Vodafone are spending and have already spent a significant amount on improving their core network. They have:

Vodafone’s network  is fine if you live in a city

Below, we recommend some plans that we think are better value than Vodafone’s offering. However, Vodafone does have some ‘value add’ services which sit on top of it’s own plan costs and value inclusions. We recommend you consider the value of the following when comparing your Vodafone plans to the competition.

When Vodafone is the best deal :

However, other than these circumstances, we would recommend alternatives to Vodafone.

The iPhone launched in 2007. In a very short period, a lot of people bought one. The experience iPhone users had on their new phones was so good that they used their mobiles a lot. And they used a lot of data. Vodafone’s network just couldn’t keep up.

As a result, many Vodafone users experienced unreliable voice, SMS and data service. It got so bad that Nigel Dewes, the CEO of Vodafone Australia at the time had to issue an apology. Some industry watchers have suggested these network performance perception problems have wiped $6 billion from the value of the Vodafone Australia brand.

All of the major Australian telcos are making significant investments in their networks. Vodafone is no exception.

Vodafone’s Network Investments are starting to pay off, as we will see below.

Network performance is the most critical part of the service you buy from your telco. There are a number of independent bodies which track network performance. See the diagram below for recent Vodafone’s statistics. You should consider these worst case comparisons and statistics since, as we’ve said, improvements which have been implemented have not yet been measured and reported.

The most recent Network Quality study does reflect an improvement in the relative performance of Vodafone’s network.

Canstar Blue, an independent rating agency compared network performance with a ( broad ) ‘mark out of 5 stars.’ They found Vodafone on a par with Optus in July 2012.

JD Powers studied network dropouts ( when you expect your wireless service to work and it doesn’t ) per thousand calls. Vodafone had the highest drop out rate.

Tip : Vodafone offer a fantastic service which makes it much easier to be sure about taking a contract out with them. Vodafone Australia have a ‘network guarantee.’ If you buy a phone under contract and the network isn’t up to scratch where you are, take it back ! The telcos are reasonable. If it’s not working, they will accept the return. Of course, you’ll have to talk to them first and give them the opportunity to fix it for you. You can find out more about the Vodafone Network Guarantee, including the terms under which it operates in this article : The Vodafone Network Guarantee – Should I trust it ?

Tip : If you are suffering some call / data drop outs but you’re not so cross with your telco that you’re ready to leave, why not give them a ring. In an effort to ‘keep you sweet’, the telcos might apologise – which sometimes goes a long way – or credit your account with a few dollars. At WhatPhone, we’re even aware of a few circumstances where, towards the end of a contract, people have received a new phone when they’ve complained about network performance from Vodafone. If you don’t ask, you don’t get !

Starting with the iPhone 5 and since the end of 2012, most new high end smart mobile phones have been released with LTE / 4G capabilities. 4G products already make up more than 13% of the Australian market. 4G ( also known as LTE ) offers speeds on your mobile phone that are comparable to what most people get from their fixed line broadband connection at home.

Originally, Vodafone choose to focus on getting their core ( including 3G data ) networks up to spec, rather than on rolling out 4G speeds. In mid 2013, they completed the testing of their 4G Network and released it to their customers. The results have been impressive in the areas covered.  Whe you’re out of coverage, you’ll just get 3G speeds until they upgrade the network to 4G in your area.

If and when your phone stops working, you’ll be calling Customer Service quick to get it started again. Stats from 2012 reveal that Vodafone performed poorly on this critical feature. And it must be remembered, that’s against companies which are known for poor customer service themselves !

Recently, Vodafone announced that they would be hiring 750 new employees in Hobart. This is an interesting and innovative step for Vodafone. Industry rumours are that they will be staffing their entire customer facing service capability in Hobart. This will make them the only Australian Telco to have a fully Australian customer service facility. Additionally, in late 2014, Vodafone announced the opening of a new call center operation in Tasmania, suggesting that ultimately, they will employ 1400 staff in total and offer an entirely Australian support center.

Vodafone’s a great brand. Unfortunately, the last couple of years have been hard for them. They offer fantastic deals though so they should definitely be on your consideration list.