What are Vodafone Passes? Managing Your Mobile Data Use 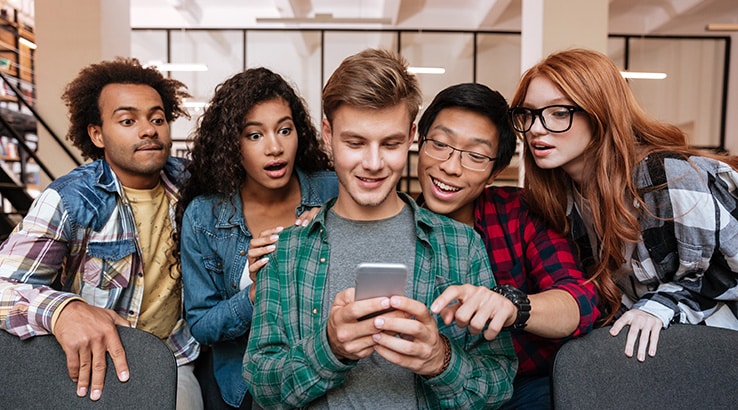 People are using the internet on their phones more than ever before. Mobile data is one of the last areas that phone companies can work with to attract customers, but they need to get creative in order to stay cost effective. Vodafone has come up with a solution that allows customers the benefits of additional data without the need to increase their standard data inclusions. They call them Vodafone Passes, and they could significantly increase the value of your plan.

Vodafone Passes are ‘unlimited data packets’ that give you unrestricted access to certain apps on your smart device. In simpler terms, these passes will allow you to stream content off your favourite apps without burning through your regular internet data pack. Vodafone Passes only entitle you to ‘unlimited data usage’ on the apps included in the Pass. Your subscription to services like Netflix and Spotify is an additional expense that you will have to take care of on your own.

For instance, someone with a $35 SIM only Vodafone plan might not be able to enjoy the full smartphone experience with only 9 GB data per month. An hour of video streaming on Amazon Prime Video uses somewhere between 500 MB to 1 GB of data, for example. Most people restrict their use of these types of apps to times they have access to Wi-Fi. However, with an additional $15 Vodafone Pass, you will be able to stream unlimited video content off Amazon Prime Video app, without exhausting your regular mobile internet pack.

Vodafone has four different passes on offer for its customers who want unlimited access to certain apps.

Vodafone Chat Pass. This is the most basic pass that Vodafone has on offer. It costs an additional $5 per month over your existing SIM plan and gives you unrestricted access to messaging apps. These apps include WhatsApp, Facebook Messenger and Viber. However, you might want to know that video calling from either of these services is not accounted towards ‘free usage’.

Vodafone Social Pass. With Social Pass, Vodafone customers can have unlimited access to Facebook, Snapchat, Instagram, Twitter and even Pinterest. If social media chews up the majority of your data, the Social Pass will take the pressure off and allow you to use the rest of your data allowance for other purposes. The Social Pass costs another $10 in addition to your regular plan.

Vodafone Music Pass. If you believe that you are spending too much data on apps like Spotify, Soundcloud and Amazon Music, then the Music Pass will take the pressure off the standard data you have included in your plan. For an additional $10 dollars a month over your existing plan, you can use all these apps (along with Tidal and Deezer) as much as you like.

Vodafone Video Pass: This is the most expensive of all Vodafone Passes and understandably so, since it offers access to video streaming, which is usually very data-heavy. For $15 a month, the customers can stream Amazon Prime Video, Netflix and Stan without worrying about their limited data plans.

This allows Vodafone to cater to a ‘data hungry’ customer base that uses their smartphones for pretty much everything. For people who have longer commutes or are away from a WiFi network most of the time, a Vodafone pass could prove a wise choice. You do need to know however, that the data speeds in the Vodafone Passes will be capped at 1.5 Mbps.

For instance, a Vodafone customer who has subscribed to a $35 monthly plan will continue to get the maximum speeds for all the other apps and services up until 9 GB monthly limit. However, their internet speeds will be deliberately limited to 1.5 Mbps for a fair usage on these apps.

This will hinder your true smartphone experience but only to a certain extent. Vodafone claims that Standard Quality Video streams just fine, however, it might take some time for the video to start initially. Similarly for the music pass, the music playback remains largely unaffected but the images or artwork might take longer to load. It still makes up for a great option for people who do not mind compromising a little.

Mobile data use is growing rapidly and exponentially, and phone companies are struggling to keep up and stay competitive. This plan allows Vodafone to offer additional incentives for customers to sign up, without having to give away large amounts of standard data. Increased competition is requiring phone companies to become more creative about how they appeal to customers while still remaining cost effective.

Consider carefully where you use the bulk of your regular data before deciding on a plan like this one, but if you do go over your normal data allowance due to over-using one of these areas, a Vodafone pass might be a good idea for you.