What you need to know about Vodafone Australia

Vodafone Hutchison Australia is the third major telco in Australia, behind Telstra and Optus. The company has a global presence beyond Australia, and offers a wide range of telecommunications services.

Vodafone Australia’s customer base recently hit 6 million, after the company spent roughly $1.3 billion on the renovation of its network and technology. Right now, they offer a wide range of phone plans for mobile devices, iPads and tablets, and dedicated plans for NBN (National Broadband Network) and the Internet. Despite being the third largest telco in Australia, Vodafone is the top mobile provider in Sydney. 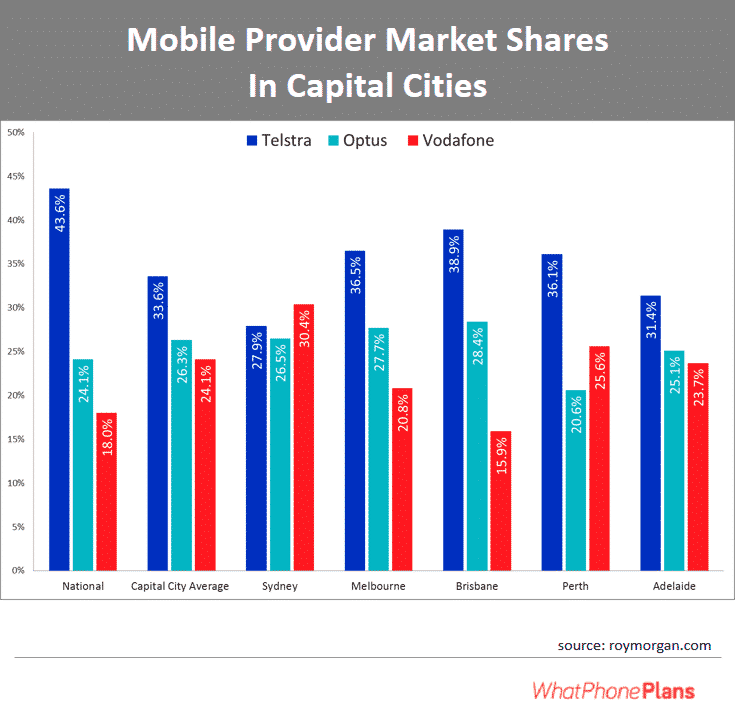 In previous years, Vodafone was tagged with a flood of customer complaints in Australia. This bad press has followed the telco since 2010, but in reality, they have spent a significant amount of resources revamping their network.

The telco has also revamped its phone plan offers with some great deals. Here’s a quick look at their current prepaid plan offers:

Vodafone offers 12-month as well as month-to-month SIM Only data plans to its customers.

With Vodafone, you can get a new mobile phone plan without a lock-in contract and unlimited data:

How is Vodafone fairing commercially?

Vodafone Australia is in the midst of a deal with TPG – one of Australia’s largest broadband and mobile phone providers. In May 2019, the Australian Competition and Consumer Commission (ACCC) blocked the merger between both parties. However, the authority later released a statement to apologise. The commission stated that they had conducted a thorough investigation and found that the issue arose because of a software issue.

Though Vodafone faced price crashes following the ACCC’s announcement in May, now both TPG and Vodafone are prepared to merge. As part of the deal, each of Vodafone Group and Hutchison Telecommunications (Australia) Ltd., will own a 25.05% economic interest while TPG will own the remaining share of 49.9%. Known as TPG Telecom Ltd., the entity will have an enterprise value of nearly AUD$15 billion. This is the combination of revenues worth AUD$6 billion.

How to purchase Vodafone plans

As mentioned, Vodafone offers many options when it comes to phone plans and data plans. You can compare their plans here, before choosing the suitable one for you.

In addition to the phone plans listed here, the telco releases and updates its plans from time to time. Vodafone also avails great offers and deals on its plan that you can check on its official website.