The Telstra & Vodafone 4G Networks Are About The Same ?! 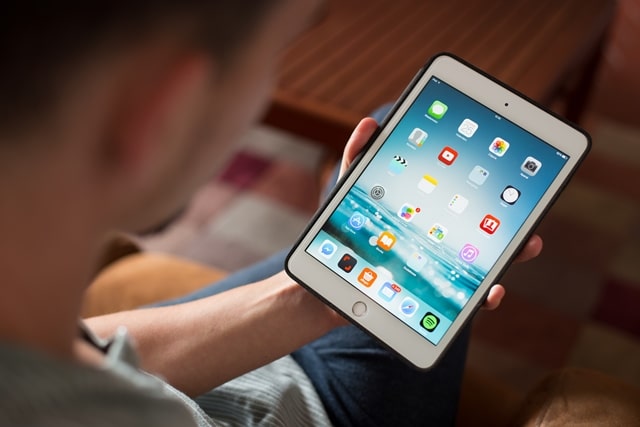 CommsDay, Australia’s telecommunications daily journal and international renowned leader in P3 mobile benchmarking communications testing, has just released in its 2016 edition the results of the P3 CommsDay Mobile Benchmark. This is a mobile network test that is conducted annually in Australia and globally.

Other features of the test showed that:

The scores were calculated out of a maximum of 100, with Telstra achieving 867 points. Vodafone managed to score the largest year-on-year increase, scoring 812 points. There really is very little between the major carriers when it comes to 4G speeds and coverage.

The P3 1,000-point system is used worldwide and Australia’s operators have scored well comparatively, showing the country is offering consistently good mobile performance to its customers. 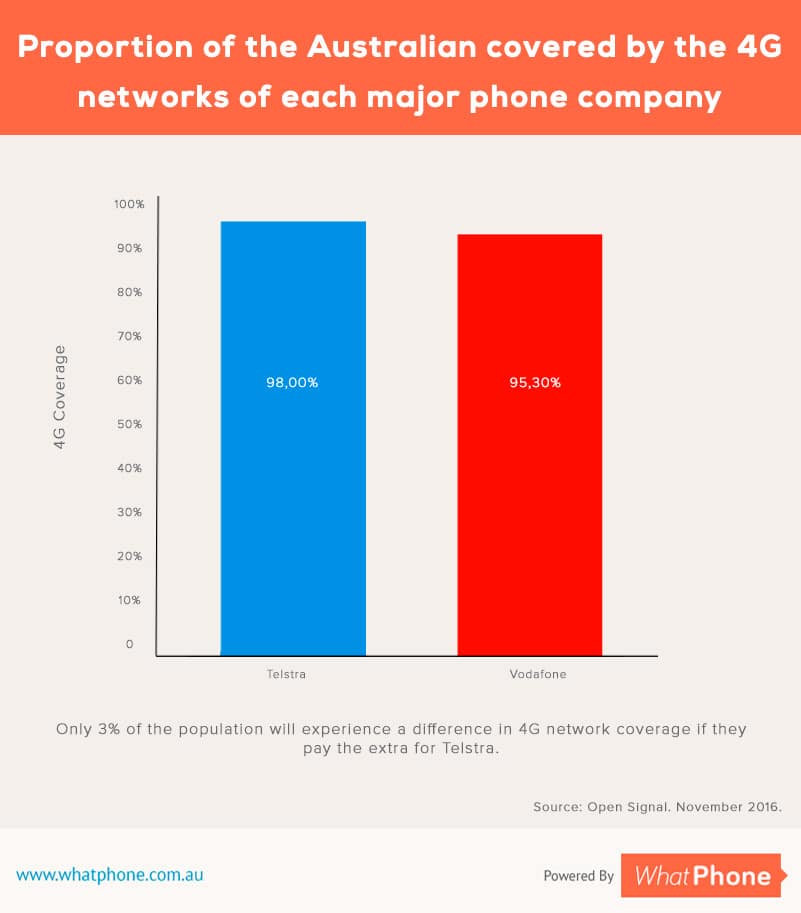 How Telstra and Vodafone were tested

The CommsDay test was a substantial one, incorporating not just the major cities in Australia but some far flung places, too. Their approach usefully tested coverage on the roads connecting rural towns to major cities. Essentially, they set out to measure coverage across the real life use footprints of people and the places they go to for work and play. The 2017 benchmark picked up data from a spots which were not just confined to test vehicles being driven around. There were ‘walk tests’ which used P3 technology that had been proven accurate and provided a greater insight into the performing of networks indoors, as well as in tourist ‘hot spots’, central business districts and on public transport operations in Brisbane, Sydney, Melbourne, Perth and Adelaide.All in all, Australia’s 9 major cities were assessed on their performance for both voice calls and data download / upload performance. In total, 17,000 kilometres were tested for signal strength and the voice / data quality metrics.

This is the third year that P3 testing has taken place in Australia. Each year its methodology is updated incrementally, to incorporate testing of the most current network developments. There is good reason for this. We perceive the networks to be static entities – infrastructure that was built years ago and now remains in place. The reality is very different. Telco networks are evolving all the time. There is constant maintenance of the network, backhaul (the cables that bring the signal from towers back to transfer it across the country and connect your call. ) So called ‘cells’ are revisited and 4G coverage areas are increased. Networks are far more dynamic creatures than we give them credit for. Which is why, of course, we see improvements such as those reported here.

Telstra’s gains in the tests shows that their data throughout had benefited from significant improvements compared to previous years. Particularly significant was its network performance in the regional area. It also scored well in smaller towns and cities and along highways and roads linking these communities.

Vodafone had shown massive improvements in its service provisions between 2014 and 2015 and this trend was maintained into 2016. Vodafone has always gone for the easier option by offering its services in the larger metropolitan complexes but it came out tops when combining its voice and data into one in these areas.

These are impressive results

Petroc Wilton, who is the editorial Director for the CommsDay Group, has congratulated Telstra for keeping its business firmly in the lead for 2016, especially when Vodafone have aggressively joined the network build out race to attract more and more customers. He is also impressed how the three telcos have all performed better than the previous year, which makes Australia’s telecommunications stand out when positioned globally.

Marcus Brunner, the Manager Director for P3 communications, recognised the changing customer expectations, especially when it comes to the increasing need for large amounts of data and the constant demand for an increase in transmission speeds. Even more important is that customers today are so used to improved data delivery speeds that they come to expect them, wherever they are. Mr. Brunner said that their testing each year is adapted to account for customer expectations so the benchmarks are raised in accordance with this. He reiterated that all the networks under scrutiny had improved at a steady rate since 2015. He believed that this type of regular performance testing motivated the telecommunications providers to constantly improve their performance.

CommsDay has built up a reputation for objective reporting and has provided honest and useful analysis throughout all the areas of Australia’s telco market. Added to this is the P3’s expertise in the testing of both fixed and mobile networks. The testing environments are so consistent and the evaluation of the findings have been found to be fair to all those involved.

This testing shows that in reality there is not a lot of difference in performance of even Telstra vs Optus when it comes to 4G network coverage and performance. Telstra has far the biggest share of the market but this hasn’t stopped its rivals from their network investments, matching in any way they can the calibre of service that Telstra offers. Telstra’s score card has turned out to be one of the world’s best when compared to other telecommunications companies, globally. Of course, Telstra has has financial strength, which puts it into a good position for expanding its business still further in the digital, networking and sharing economy.

In previous years, Vodafone Australia was a poor third . It is now going through a transformation with its infrastructure being overhauled which is mainly due to its successful re-farming of the 850MHz concessions which it got its hands on allowing it to transform 3G to LTE throughout the country. To a certain extent this lowered the disadvantage which Vodafone had to deal with when it in 2013 it did not bid for 700MHz spectrum which was an asset that Telstra and Optus, as holders of the concession could make use of since early in 2015 in order to expand and make improvements to their LTE services.

To a degree, we are our own worst enemies when it comes to network. The problem is, as CommsDay alude to, our ever rising expectations. Each year, as performance improves for network coverage and downloads, that becomes the new normal. Then, when there’s a network problem or things are slow because there are a lot of people on the network, we become enraged.

The biggest surprise for the uninitiated is Vodafone’s improvement and current network performance. Not only does it stand the global Vodafone brand in good stead, not only have they done it with a fraction of the budget that Telstra have added to their network but they also share this network with Kogan Mobile. TPG and Lebara, who, along with all their customers, benefit from this 4G coverage bonanza.

Similarly, you can find information on Telstra’s network and their coverage here : https://www.telstra.com.au/coverage-networks/our-coverage