The Internet of Things Is Booming in Australia 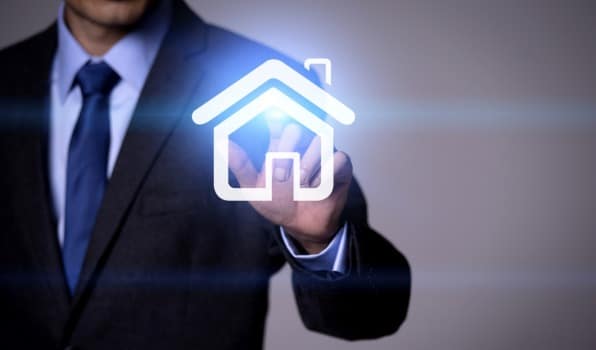 The Australian research firm Telsyte has recently discovered that Australians are at long last taking to IoT gadgets in their homes. These are devices that specifically connect via the use of mobile apps to the internet which give consumers and in this case home based individuals more control over what is happening in their homes.

The company’s research revealed that at least 40% of homes in Australia own and use one or more IoT devices, but overall an average home has 14 internet connected gadgets. If this interest in such devices grows steadily by 2021 the whole business has the potential to be worth $4.7 billion.

When someone considers purchasing a device for the first time it’s normally quite basic, such as a camera that monitors an unsupervised baby. If the user experience is good, the householder will often be on the lookout for other gadgets that will enhance the quality of life in their home. The major concern from buyers is how secure these devices are and whether having too many could cause problems.

Other types of smart home devices include smart security systems which can be controlled from anywhere in the world through the use of a smart phone. It’s even possible to monitor motion sensors that have been installed around the home. If there is any sign of an intruder an alert will be sent to the necessary authorities to intervene.

However, one of the most popular items of the Internet of Things is the “Nest”, which is basically a smart thermostat which can connect to the internet. The Nest has technology which allows it to get to know a family’s preferences and will automatically adjust a home’s temperature depending on whether anyone is at home or not. It has been programmed to make a house more efficient in terms of temperature without being prompted. It’s a mobile app that allows editing of schedules, altering the temperature if no one is in the house and sends out alerts if there is a malfunction in the system.

This system allows the householder to control a whole plethora of devices, including locks, lights, cameras, speakers and thermostats from a centralised hub that can be accessed using a smart phone.

This is a music and voice device that can be controlled using one’s own voice. It has instant access to Amazon Music, Spotify, TuneIn and iHeartRadio. It can also read out the latest news, answer questions, report on weather and traffic and read audio books from Audible. The Alexa Voice provision offers information on local businesses, provides sports schedules and scores and more, using the Alexa Voice Service and Google Home.

Apple, it appears, is just getting ready to roll-out a Siri hub device, which in speaker form can relay messages to devices around the home and order gadgets like radiators to turn on, or off at the owners command. This is similar to Google Home.

NBN Co, which is responsible for putting in the national broadband network, has been showing particular interest in Telsyte’s research results. This is mainly because Australian householders would be relying on faster broadband provided by the NBN to use their sensor-based house automation apps and systems. This will be everything from light bulbs and power sockets to washing machines and refrigerators.

Telsyte has estimated that this year each home will be operating around13.7 connected devices and by 2021 the number would have reached 30.7. 14 of those gadgets will be IoT. Speaking for Telsyte Mr Fadaghi believed that the more favourable speeds that will soon be marketed by resellers of NBN were not so critical for all IoT applications. What’s more important to the consumer is internet reliability and how secure IoT applications really are.

If there is money to be made then everyone is out there looking to gain and try to grab their own share. For the IoT this means telcos, energy companies, stores and even insurers could be set to benefit from the products and services they could potentially offer.

The report suggested the IoT home market would become a new battleground for telecommunications companies, retailers, energy suppliers, insurance companies and category specialists all seeking to differentiate themselves in price competitive industries, against the backdrop of the widespread rollout of NBN services, fierce online retail competition and rapid digitisation of consumer lifestyles.

It wouldn’t be much of a surprise to know that current NBN network recipients are gobbling up easily 144GB of data monthly. This is more than 30% increase a year. People in work are no doubt busy, so the IoT is really beneficial as long as the telcos and other service providers can provide reliable and secure internet to ensure peace of mind for subscribers.