What is ‘Data free streaming on selected apps’ ?

Overview – everything you need in 60 seconds

The ability to get access to ‘free’ data as part of your phone plan is increasingly common in Australia. In late 2016, Optus and Telstra enabled similar but different streamed audio services in a portion of their plans. Virgin Mobile and Boost Mobile joined them not much later. Industry rumours suggest that the trend will continue with other phone companies provided this sort of inclusion on top of their plan.

The launches of these extra inclusions have not been without their troubles. Many customers struggle with understanding the nature of the basic phone services they’re buying. We get questions routinely, for example, asking the difference between prepaid and postpaid. Not everyone is sure if they can keep their phone number if they move to a new phone company.

It’s not hard to understand why the phone companies are doing this. A lot of Australians are already using streamed internet and streamed video services. 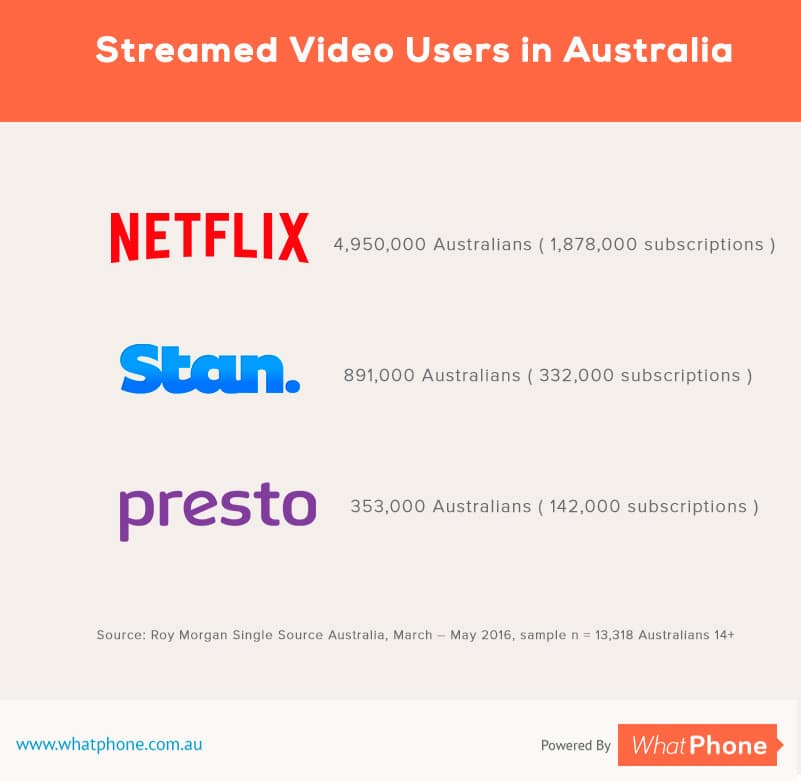 Ask them to decode the meaning of a new technical term on top of the dozens already employed by telcos and most struggle. To begin with, the phraseology the phone companies are using is not consistent between them!

What does it mean when you can ‘stream data free’ ?

When you watch TV at home, you receive a digital signal which is beamed out to everyone. The cable in the back of your TV picks that signal up through your Ariel and you watch it on your TV. If something interrupts the signal, you lose your ability to watch TV. The interuption could come from someone knocking over your Ariel, it could be the TV station stopping their broadcast, it could be that your TV breaks : But whatever interrupts the signal, interrupts your entertainment.

‘Streaming audio’ over a phone company network is not that different. When they provide streamed audio or streamed video services to you, however, the signal carrying that entertainment is sent just to you (not to everyone as the TV stations do.) What is ‘streamed’ to you is a ‘constant’ thread of data between the phone company 3G or 4G data network and your phone. Those data signals, a string of ones and zeros, transport music or TV pictures from down to your phone.

(In practice, the way most of these things work is that there are a few seconds of ‘buffer’ provided – a reservoir on your phone of a few seconds of music – so that brief interruptions are seamless to customers.)

Streaming this data ‘for free’ means you’re not charged for the data transporting the entertainment service. The data for streaming is provided free of charge. It does not come out of your monthly data allowance.

But can’t I listen to Spotify etc and so on without this ?

Yes, you can. It’s possible to stream audio on any phone with a data plan. If you have Spotify or Apple Music, or any of the other internet music services, you may already be doing it.

The only difference with these new phone plan inclusions is that the data used to transport the signal to you is not charged for.

How much data am I getting free if I use one of these plans ?

You might be getting a lot more data than you think, for free, if you take one of these plans. We looked at the numbers and, if you stream a lot, you could use a few GB of data a month. 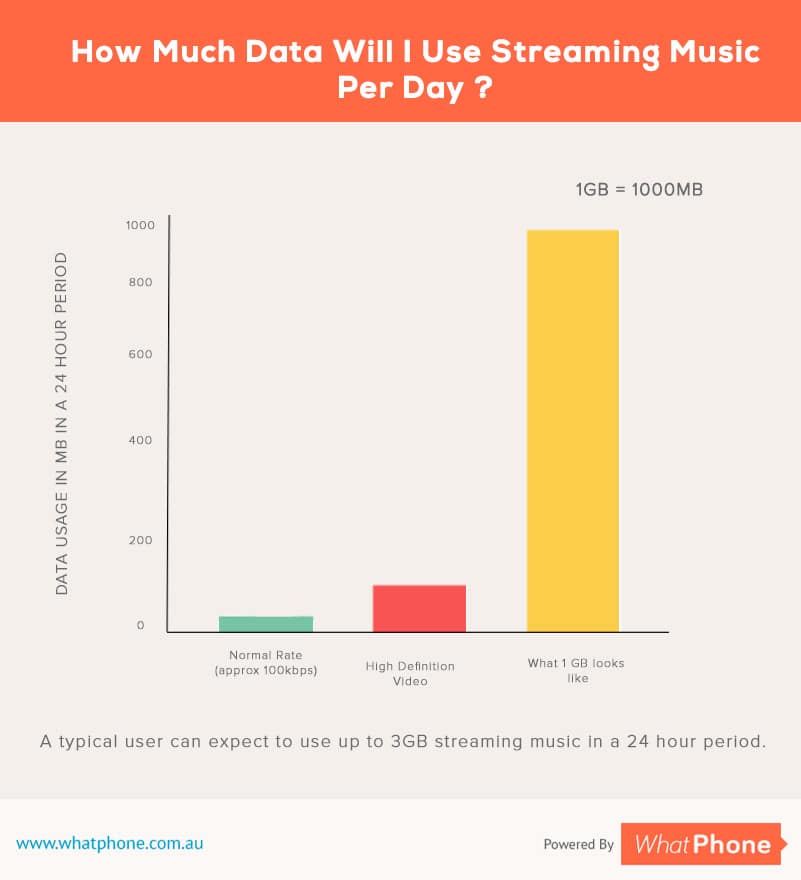 But: Ads are not included

What’s not included in the ‘zero rated’ or ‘free data’ services are some of the other bits of the internet these radio services can access. For example, if you’re using Spotify and it pulls up an advertisement or album art for you, from the internet, you might be charged for the data they used to get it. In practice these are very small amounts of data and they are not something you should worry about.

Unfortunately, there are no standards yet which is one of the problems. This is a very new field. Telstra provide you a Apple Music account, for example. You can often sign up to a free contract period with the provider. Boost Mobile do not offer the free account. Neither does Optus or Virgin Mobile.

So, are these new freebies worth anything ?

Free access to streamed entertainment services like free audio or video streaming is like any other kind of inclusion. Whether it’s right for you depends on whether you use the service which is now being offered free! Free tickets to the footie are only worth something to someone who goes to the footie!

If, like a lot of Australians, you are using one of these services, however, the data included can really add up in value. As you’ve seen from our examples, above, some people can save 3GB a month just streaming audio. Streamed video, can use a lot more data and some phone companies are starting to provide access to that service, through your phone, for free. Take Optus and their English Premier League service, for example.

The simple truth is that internet services are already built in to every aspect of our lives. Over time, we are going to be using more of them, not less. If you are one of the Australians who already or will soon try a service like Apple Music, it is well worth considering phone plans with these services incuded.

You can pick a phone plan with included entertainment, here.