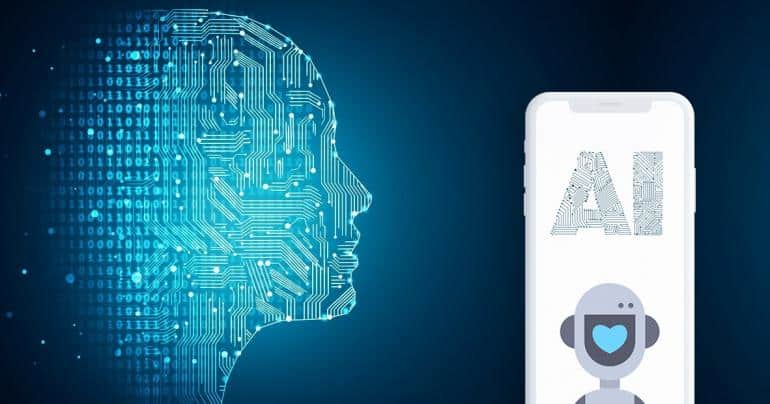 Artificial intelligence has gone from the dreams of science fiction movies to a technology that is available in our pockets. Everyday tech gadgets such as smartphones now support some of the best AI technology on the planet. Of course, developers are not yet realizing the full scope of science fiction, but they do get a lot done for their users.

What does the Artificial Intelligence concept mean?

When many hear the words ‘Artificial Intelligence’, they tend to think of Apple’s Siri and the Google Assistant. However, the concept of AI is wider than that. AI can be said to be an umbrella concept which covers all the applications in phones.

The basic operational principle of AI relies on the matching of various data sets and subsets to the use case which a user creates at any particular point in time. Due to the variety of tasks which the user might have to access at that time, it is necessary that the AI be based on a large data bank too.

The database size is justified when considering the requirement of up to 10 million data points that an AI would need to complete in order to match human computation.

AI has grown substantially. It is now applicable in a lot of industries, across various companies and drives innovation in different sectors. In the ever-growing technology industry which has the smartphone business as an important sector, modern AI has managed to place a strong foot in the door.

The place of AI in smartphones

When the idea of having a virtual assistant started circulating, few would have thought it would get where it is today. Around 15% of Apple owners rely on the Siri AI.

If anything, it is evident that there’s still a long way to go for AI.

Considering the sheer amount of data that AIs need in order to operate, it can be rightly inferred that they would be one of the most battery-depleting processes on the smartphone architecture.

Given that smartphone manufacturers are always striving to improve the battery life of their devices – while still stepping up the AI game – this piece of tech becomes a difficult challenge. 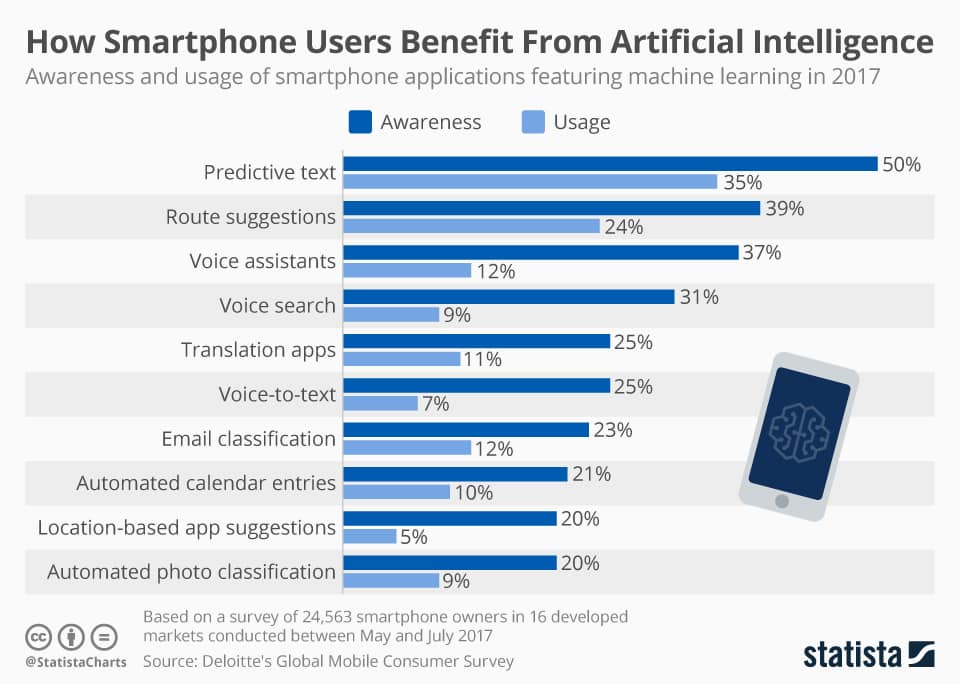 Justifying the Use of Artificial Intelligence in Smartphone Technology

However, the top player in the game have found a good workaround for artificial intelligence applications. For example, Apple embraces a combination of three hardware materials to ensure their latest iPhone releases take the AI game up a notch while not compromising on device standards. This, they made possible with the inclusion of:

Benefits of AI in smartphones

If artificial intelligence is a power challenge for smartphones, there has to be a justification for their inclusion in the first place. If you have used the camera app on a Qualcomm Snapdragon 845 chipset-powered phone or asked your virtual assistant to run a search for you, you should be thankful for that little addition from your OEM.

As well as performing obvious tasks such as enhancing photos, the AI in your device does much more in the background.

Users can dictate messages to their devices, have pictures automatically grouped and make smart searches. For a system that is supposed to drain energy, it is even more interesting that smartphone AI can help manage your activities to improve core performance by up to 30% and therefore reduce overall battery consumption.

The coming 5G network rollout holds a serious advantage for phones and systems which rely heavily on AI. Given the amount of computations and calculations which AIs need to make every second, there is need for a faster speed on the network.

Currently, the 4G network is what is available to users. The only issue is that AI technology has improved past the capabilities of 4G, and these updated technologies will consume a lot more data. 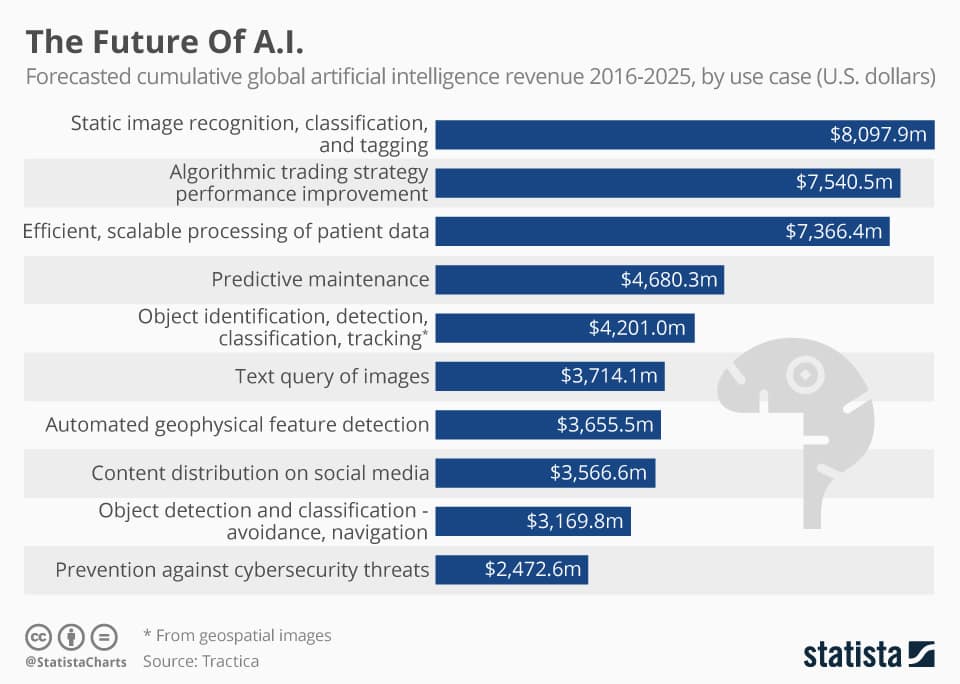 Why AI will still be around for a longer time

5G promises 10 times the speed currently obtainable on 4G, and also promises to eliminate lag and use less data to do so. That’s not just great for device performance, it allows the development of new ideas that can only be supported by increased speeds and reduced latency. AI ideas that are now dreams could soon be reality, and 5G will help us get there.