Getting Near the End of your Phone Contract? Ask These Questions 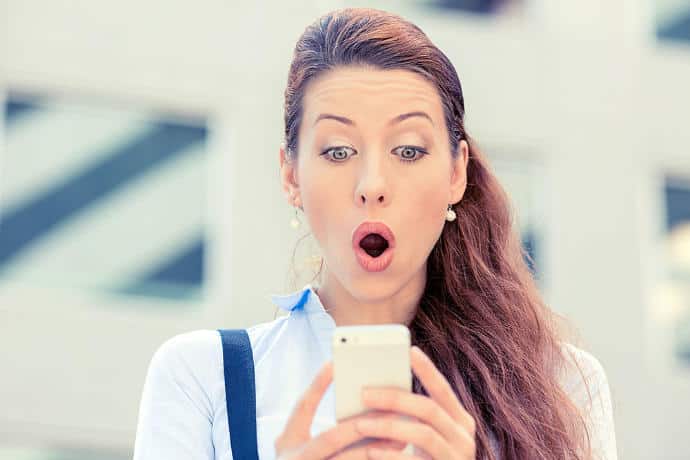 Last year, news about telcos in the United Kingdom (UK) drilling holes in customer’s pockets caught some attention. Apparently, these providers continue charging users for phone hardware even years after they’ve paid them off. Since the telco industry in the UK is akin to that of Australia, it’s plausible that Australians may also be suffering the same fate with their phone plans.

The revelation was the aftermath of research conducted by Citizens Advice, a network of charitable professionals across the UK who offer free advice through the network’s platform. According to the research, users might be paying an extra £38 after making two-year contractual payments for handsets such as those manufactured by Samsung and Apple.

Smartphone prices have been increasing steadily, and consumers seem to want the latest, most expensive phones. Their exorbitant prices seem more reasonable when included in a post-paid contract plan, which then give telcos the opportunity to eventually overcharge. Source

Gillian Guy, CEO of Citizens Advice, pointed out that handset costs are generally tucked away inside phone plan contracts, allowing telcos to finesse additional charges from the customer after the phone has been paid off. Such a ploy, if discovered, can cause customers to lose trust in service providers.

Having been compelled to look into the situation, the UK government joined the chorus of those demanding for more transparency in phone plan payments. Speaking on this customer ordeal, the Minister of State for Digital, Matt Hancock, echoed the concerns of Citizens advice that customers ought to be notified when their handset has been paid off.

However, while we await real regulation on this issue, how do you ensure that you don’t get hooked by these extraneous Billings? Ask questions.

We’ve compiled a number of highly insightful questions that can help you track your phone payments accurately. It’s important to note down the company name, the address of the particular branch, as well as the date when making these inquires. That’s because you need to know who’s lying to you, because many phone companies will avoid the truth, and might end up misinforming you.

1. Can you describe the breakdown of my current bill?

You’ll most likely draw blank with this question. Most companies do not give clients a breakdown of their phone bills, claiming it’s actually in the best interest of customers. However, customers are usually given cues when signing up that show that they’ll be paying a certain amount (say $70) per month for the phone hardware and another amount for the plan. You’re likely to get some valuable answers if you start questioning them based on this distinction.

2. Does any part of my bill relate to my phone hardware?

There would be fewer concerns about extraneous phone billings if phone companies inform customers about the actual cost of the handset in a phone plan. Among other possible reasons, they’re most likely trying to make it difficult for customers to compare prices of different plans by holding back information on the cost breakdown of each plan.

3. What specific part of my bill is paid towards the cost of the phone?

When you sign up to a contract and opt for a smartphone together with the SIM plan, you’ll be billed an extra monthly fee for the hardware. However, this fee can vary widely, depending on several factors including the phone model, data allowance, and more.

4. How much in total have I paid specifically for this phone?

According to the Citizens Advice research, you have probably paid off the cost of your new handset if you are two years into the phone contract. Following the same line of questioning outlined so far, it’s a good idea to ask the total you’ve paid so far.

5. If I do nothing, how long will I pay for the phone at this rate?

Citizens Advice researchers called on telcos to be considerate enough with loyal customers on fixed deals who should no longer be paying for the cost of handsets by reducing their monthly bills. Perhaps a good approach to figuring out your payments so far is to request such a reduction and ask about how long you have to pay your current rates if nothing is done.

6. Have I met the minimum total cost commitment of my plan?

The MTC (Minimum Total Cost Commitment) is the least amount you’re required to pay for a phone plan. It can serve as a starting point for cost calculations and comparisons.

7. As of right now, who owns my phone? Do I own it outright?

When you sign up for a phone contract, you’re locked in with the particular company so long as you keep possession of the phone within the contract period. This arrangement basically makes you a tenant of the phone company. When you pay up all the monthly fees, or pay a hefty fee upfront, you become the owner of the property, which is your handset. Asking whether the phone is finally yours can open the gate to a lot of information about the status of your handset payments so far.

8. I want to leave and go to another phone company. If I left at the end of my next billing cycle, would any ETFs (Early Termination Fees) be payable?

ETF policies vary depending on phone plans and providers. Normally, telcos will most likely offer you a $150 upgrade to a newer phone so long as you sign a new 2 year contract. This is probably not a good deal for you because you’ll start the cycle of overcharged bills for a handset all over again. Instead, using the threat of switching telcos, along with questions about ETF, customers can obtain some answers about what they actually owe on their handset, if anything is owed at all.

Dragging out answers from telcos regarding your handset payments can be a real task. None of it is impossible, however — with patience, determination, and the right questions, you can find the information you’re searching for.