How the Internet of Things is Changing Healthcare?

Why IoT Draws us Closer to an Era of Efficient Healthcare for All?

The phenomenal data collection and serviceability of the internet of things is helping tackle a wide range of issues in the health industry. In today’s world, many people hardly have as many doctors’ appointments as needed to prevent and treat various illnesses. On the other hand, healthcare providers also lack adequate information about patients’ health conditions. As a result, we have many people falling critically sick with illnesses due to a lack of timely diagnosis and treatment.

Enter IoT into healthcare, and a paradigm shift shaping up in the industry. These remarkable changes are promising to significantly reduce the rate at which people battle critical illnesses. By giving cost-effective access to healthcare to more people, IoT is poised to improve the collective health status of our populace.

The following are the most prevalent use cases of IoT in healthcare: 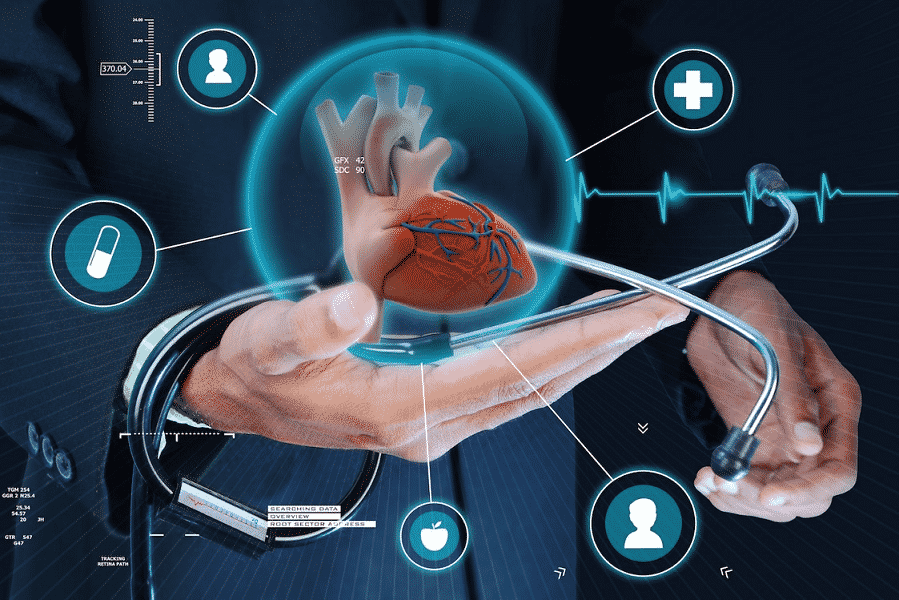 With medical IoT systems, patients no longer have to shoulder the cost of staying in a hospital bed to be closely monitored by their doctors. Patients can remain in their homes while their IoT devices keep their caregivers constantly updated about their health status. These devices come with high-grade security features such as encryption and firewalls to safeguard patient’s information.

IoT is taking the idea of prosthetics to a whole new level. We’re now witnessing the emergence of artificial body parts that work in synchrony with external sensors around the environment to enhance their effectiveness. For example, we now have hearing aids that synchronize with the user’s smartphone, allowing users to fine-tune its sound production. Prosthetics such as these are giving disabled people the hope of recovering their lost body features to near-human levels.

Ingestible sensors are one of the most reliable and efficient health monitoring devices.

They’re basically pill-shaped sensors that track our bodily functions as close to their sources as we can ever get.  They, therefore, have a greater capacity to detect anomalies in our bodies quickly. Early warning can make a huge difference in the treatment of several symptoms, especially those of chronic and terminal illnesses like diabetes and cancer.

Another game-changing innovation supported by IoT, moodables are designed to regulate our moods. With this technology, we’re seeing an orchestration of electronics and connectivity that gives rise to effects akin to those of psychedelics.

When these devices are mounted on the head, they envelop the brain in low-intensity currents that elevate our mood. This innovation is relatively nascent, but it’s already garnered rave reviews. Developers are now looking to take advantage of IoT connectivity to explore new feature enhancements for moodables.

Computer vision technology integrates optics with AI and drone technology to help provide an alternative way of perceiving our immediate environment. This technology is designed to help people with visual impairment move around more easily, but it can also be used for a host of other surveillance purposes.

IoT is also powering the rise of automation in the healthcare industry. Caregivers can now avoid the grunt work of patient charting by using voice commands to direct AI-powered IoT systems to thoroughly gather their patient info.

Also, through simple voice commands, doctors can easily obtain any recorded patient info from these patient charting devices. According to research, these devices can save doctors at least some 15 hours of work per patient.

At any point in time, there are billions of dollars worth of fake drugs circulating the markets. For several decades, drug regulatory bodies have vied to incorporate various technologies into quality checks systems against fake drugs. IoT systems now present more effective and efficient ways to track and monitor the circulation of drugs around the country.

Initially, the main tracking technology for drugs was based on RFID (Radio-frequency identification) tags attached to drugs. Now, we’re witnessing the rise of a new practice of embedding sensors into the drugs themselves.

What Can We Expect in the Future as IoT Filters into Healthcare Systems?

The range of IoT applications in the medical field will continue to proliferate as we usher in high-speed, low-latency 5G networks. We’ll see more people getting easier access to diagnostics services for early detection of illnesses. Doctors will also be able to have quicker access to patient data in cases of emergencies.