How to Choose the Right Smartwatch 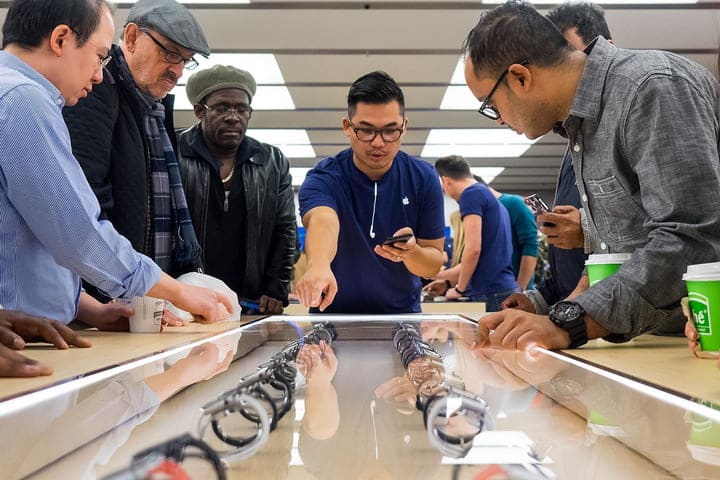 The smartwatch dilemma: Spoiled for choice

Smartwatches are wearable devices designed to resemble wristwatches. However, smartwatches perform a vast number functions which go beyond telling the time. They give users the ability to perform several tasks from the comfort of their wrists.

Today, smartwatches have become quite common. In 2018, over 72 million of these devices were shipped globally. According to predictions, this number will increase to over 121 million in 2022, around 25 million more than predicted 2021 figures, and accounting for around 63 percent of the entire wearable device market.

Due to how commonplace smartwatches have become in our everyday lives, many major manufacturers have introduced their own versions, flooding the market with a number of different brands. This leaves individuals who wish to acquire the device spoiled for choice.

How to Choose the Right Smartwatch

All smartwatches vary in physical structure and internal function. This can be attributed to the heavy saturation of the market by manufacturers, which in turn leaves a myriad of options available for the individual consumer to choose from. Many major manufacturers produce smartwatches that can be used alongside other smart devices. But the choice of which of the many smartwatches to purchase can prove to be more daunting than satisfying.

A selection of smartwatches. Source

Keeping this in mind, it’s important to weigh the key attributes of desired smartwatches before committing to a purchase.

Here are a some factors to consider when shopping for a smartwatch:

Shopping for a smartwatch isn’t as straightforward as it seems. In order to choose one among the many devices in such a saturated market, a number of factors should be considered. These factors are all about functionality and are based on what the individual consumer finds to be important, as well as the purpose of the smartwatch.