How Your Smartphone is Stopping You From Reading Properly 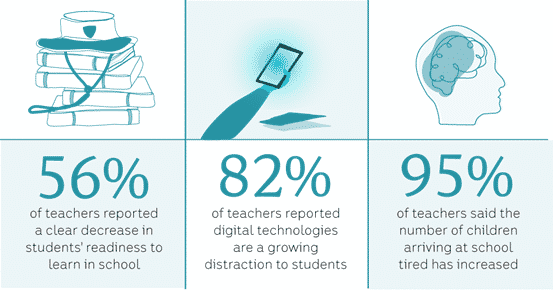 Technology is commonly referred to as a double edged sword. On the one hand, innovation furthers society in a number of ways, generally making our lives a lot easier than previous centuries. On the other hand, with every new invention comes some disadvantages, mostly dealing with the loss of certain practices that an older generation might have found to be beneficial to overall quality of life.

Let’s take a look at the smartphone as a prime example. Smartphones have become an extension of us – virtually everyone you know has one, and hangs on to it for dear life.

Here are the figures: There are 3.5 billion smartphone users in the world, or 45.12% of the world’s population. In Australia, that number is 18.44 million, or around 78% of the country’s population. That means 4 out of every 5 Australians uses a smartphone, and this phenomenon seems to lack any age barriers. 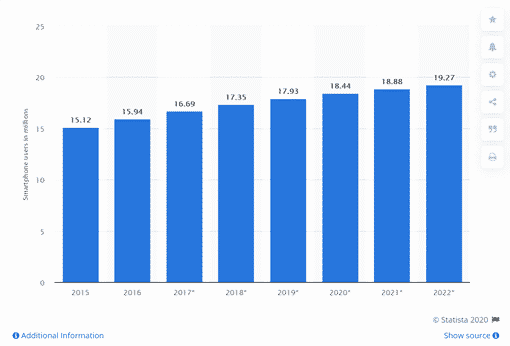 This isn’t necessarily a bad thing, but it does have some negative effects. In this article, we explore the “technology as a double-edged sword” phenomenon discussing the effects of smartphones on our ability to read properly.

The Internet is packed with information, much of it coming in the form of words. With people of all ages having access to smartphones and plans, this information hub filled with words is accessible to the majority of Australians. This is a good thing because in order to get all that information, we generally have to read.

In other words, most smartphone internet users simply skim through what’s on the screen, indicating a ridiculously low attention span.

Compare that to reading an actual book, loaded with page after page after page, all filled with words and hardly any visual graphics, if any at all. That kind of reading requires comprehension, which is only gained from what is referred to as deep reading – slowly taking in the content, every word of it, to fully understand, enjoy, and immerse yourself into every page.

Such deep reading now seems to be a thing of the past, as books continue to become less popular, especially amongst the younger generation.

Studies show children’s reading skills are affected the most

Growing Up Digital Australia, a study that surveyed 1,000 Australian teachers, had some disturbing results about students’ performance in schools across the country. The majority of teachers surveyed believe that students’ readiness has clearly decreased, digital technologies distract students, and more students are coming to school tired.

These teachers blame an increase in screen time – smartphones, tablets, computers, etc. They say that the increased use of these devices (or screen time) is producing a generation of skim readers who have poor literacy.

Even students are aware of how smartphones contribute negatively to their reading. They mostly indicate that their smartphones leave no time for reading actual books, even though they actually want to. Apparently, their smartphones are distractions that they aren’t capable of getting rid of. In the words of one student, if you get a notification while reading, “Once you’ve clicked on it, you’re gone.”

Final words – Skimming or deep reading; who decides what is proper?

The purpose of reading is to gain information. So what if you gain enough information from skimming? Why, then, should you have to read deeply before it’s considered “proper”?

Perhaps the real issue, then, is the declining attention span. With so much information on the Internet, all accessible on our smartphones, our attention is constantly demanded. Focusing on just one web page long enough to read deeply isn’t always feasible. Not to mention, a lot of information on the Internet is frivolous, irrelevant, or a marketing ploy that amounts to a waste of time if you read it deeply.

So what is proper reading? Both skimming and deep reading have their place in comprehension, and can both be proper in the right context. For the Internet, skimming isn’t so bad; for books and the classroom, deep reading is certainly proper.

But with the widespread increase in smartphone usage, books are fast becoming a chore. With the new generation growing up with smartphones, skimming is quickly becoming the norm, whether on their smartphones or in their classrooms. That is where the problem lies – not knowing when one is proper and when it isn’t. With skimming as the norm, low attention spans could also become the norm, which means an even bigger problem.