Old Phones – Where Do They Go?

These days it feels like a new phone is launching every week or two. Many people choose to upgrade before their phone has died, which leaves them with a functional device that isn’t being used. Selling second-hand phones is often not worth it, as the price received for an old device isn’t high enough to justify the effort. In this case, many people choose to pass their old phones down to family members. Interestingly, a survey by Whatphone revealed that iPhone users were more likely to pass a device to another family member than android users. Let’s look at some reasons why.

What did you do with your old iPhone/Android phone?

Why do people prefer gifting their iPhone?

The latest iPhone comes equipped with an A11 bionic chip which means the device has much faster processing than comparable devices. That allows people to get use out of programs that need speed, for longer. iPhones are often better equipped to handle functions like mobile gaming and AR, meaning when a phone is handed down it still supports functions commonly used by younger people – the most common recipients of a second-hand phone.

iPhones are known for their ease of use, and the same platform and functions carries over no matter which model is acquired. Most people have strong opinions on whether they prefer Apple or Android products, and will purchase accordingly. People who are reluctant to purchase a smartphone themselves could find the idea of the iPhone’s simplicity worth considering if a second-hand device is on offer.

There are millions of apps available and in development. As new apps become available, they are often released first into the Apple store. That makes people who want to be at the forefront of software development more partial to an Apple product, and means they hold their value for longer – making them more likely to be passed on. 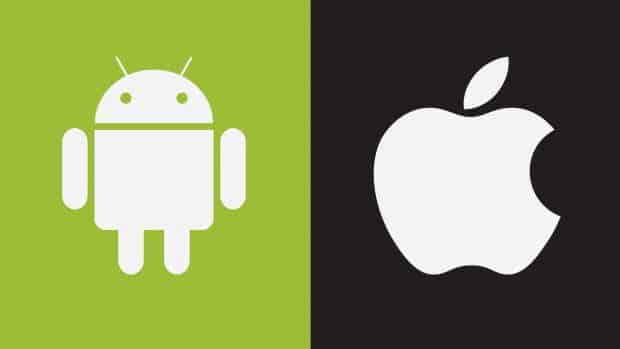 Apps run better on iOS than on Android platforms Source

Although popularity has declined slowly over the last few years, Apple products are still seen as a status symbol by many. Normally more expensive than their Android counterparts, they are considered as more of a luxury item. iPhone models become more desirable to own for people who care about the brand of their phone, even if they are later models.

The number of iPhone users worldwide reached 728 million in 2017. Whether old, used or new, people want to possess an Apple phone irrespective the types of Android phone available in the market. With the high popularity of the brand, consumers prefer to gift their old iPhones because other people still want to receive them.

Smartphones have become mini computers that happen to make phone calls. Even if an older iPhone does not have a SIM card, it could still be desirable for Wi-Fi streaming applications, similar to an iPod. With an Apple ID, the phone can still access the Apple Store and is still useful for a wide range of functions.

Undoubtedly, iPhones are the preferred devices to hand down to friends and family members. The brand holds onto its value better than any other, and the appeal and prestige of owning an iPhone remains even after new iPhones become available.  Apple products make it difficult for users to change brands and bring their data across, so anyone who has previously owned an iPhone will generally stay within the company. If you’re looking for a device that someone else might still want once you are done, then an iPhone will be a logical choice that will hold its perceived value for years to come.