Understanding the Key Differences Between 4G and 5G

4G and 5G: Different manifestations of the same principles

As incarnations of mobile networks, 4G and 5G share a lot in common. However, there’s no mistaking one for the other, because the difference between them is quite stark. Like 4G, 5G spent over a decade in the making, and it will take another decade to gain a foothold in the mobile landscape.

However, that’s just about as far as their similarities go. Both deploy a different set of technologies with varying degrees of various qualities.

Among other reasons, 5G is designed to resolve the capacity and latency issues of 4G that inhibit the development of new technologies like IoT, Virtual Reality, Augmented Reality, and more. As such, 5G comes with marked feature enhancements that consign it to a league of its own.

But until 5G is rolled out substantially  across cities and regions, 4G will continue to play a critical role in connectivity infrastructures across the globe. What we’ll be experiencing, in the short run, is a recipe that combines 4G and 5G connectivity. As such, you need to have a good grasp of the delineation between 4G and 5G so you can quickly decipher when you bump into the latter or slide back to the former. Read on to find out all you need to know about the crucial differences between 4G and 5G.

The key differences between 4G and 5G

Yes, both 4G and 5G mobile networks will get you online with ease, but you’ll notice some clear differences while using them. Some other differences might not be felt by consumers as much as they would by enterprises, but we’ll cover those as well.

Here’s a look at some of the key differences between 4G and 5G: 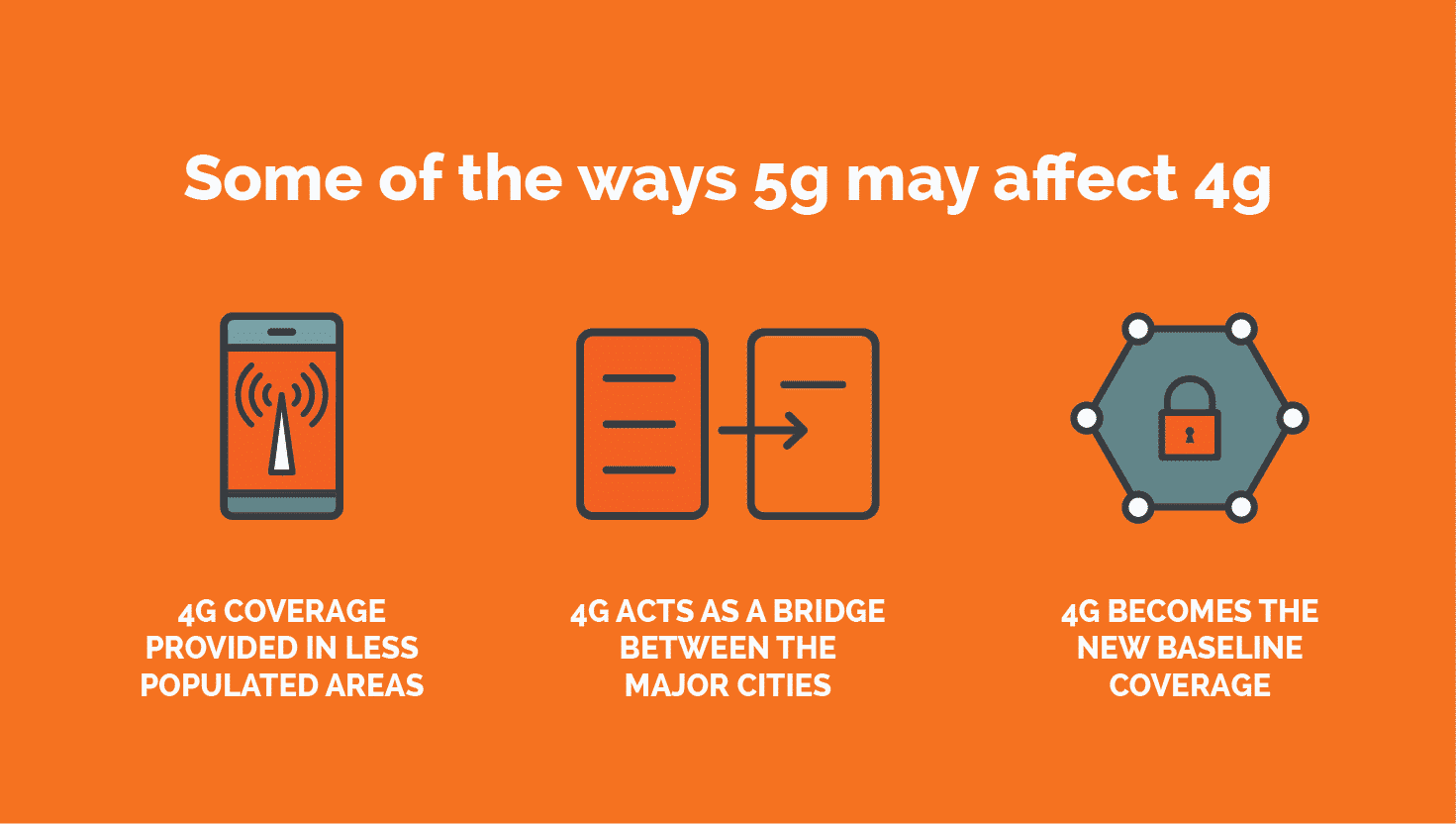 5G and 4G may have to coexist in the short run. src

It’ll take a long while before 5G comes into full swing. Even in areas with 5G coverage today, it can be quite challenging to stay connected to the network consistently. For now, businesses and individual mobile users need to adopt mobile connectivity plans that incorporate both 4G and 5G. 4G and 5G can coexist seamlessly in the mobile landscape since the upper bounds of 4G interfaces with the lower bounds of 5G (in terms of speed, capacity, latency, and other attributes).