What does ‘Data Rollover’ in a Mobile Phone Plan Mean? 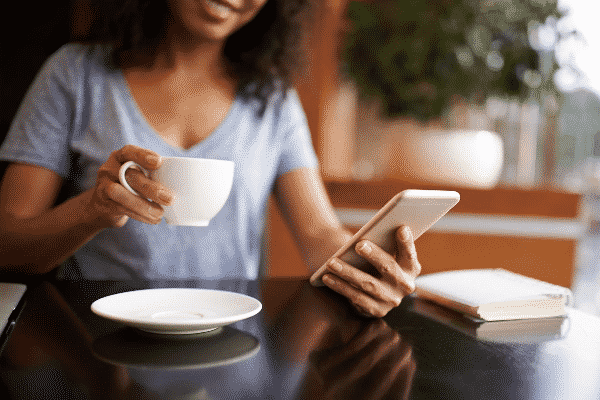 Mobile phone plans base the amount they charge for each plan on the inclusions they restrict. In the early days of phone plans, the amount a phone company charged would depend on how many minutes of ‘talk-time’ and how many text messages were allowed before the customer ran out of their inclusions and started incurring extra charges.

These days, data is usually the phone plan inclusion that determines how much the plan will cost. More data means a more expensive plan – which gives customers an incentive to try and make do with the lowest amount of data in order to save money.

While there are many ways to save data, occasionally a phone company will introduce a feature that can help reduce the amount of data used. Data rollover is a feature that allows customers to conserve the data they pay for, giving them more flexibility and potentially allowing them to choose a cheaper plan. 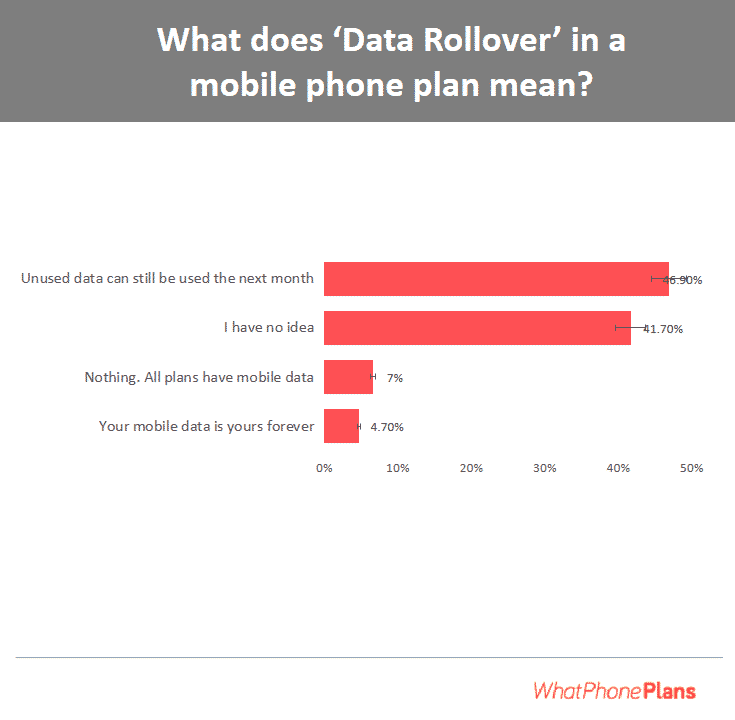 A survey showing what Australians understand data rollovers to be. Source: Whatphone

What does ‘Data Rollover’ Mean?

Data rollover means that data that is not used during a billing cycle is added to the data in the next month’s cycle. At end of the billing period, if any data is remaining it gets extended to your next billing cycle instead of being discarded.

For example, if a subscriber has a phone plan that includes 2.5GB and uses only 1GB during the billing cycle, the remaining 1.5GB of data will be rolled over into the next month’s billing cycle – giving the customer 4GB of data to use that month.

The terms and conditions that apply to data rollovers are different depending on the telco you are subscribed to – for example, the data that has been rolled over might only last one billing cycle, or there could be an upper limit on how much data can be rolled over. However, basically data rollovers take leftover data from one cycle to the next.

Do any Telcos in Australia offer Data Rollovers?

Most telcos offer some form of data rollover in Australia. Some of these telcos include Telstra, Optus and Belong.

On the Telstra network, data rollovers come in the form of data banking. Data banking is an allowance that grants subscribers the opportunity to roll data from one billing cycle to the other, which is stored in a “bank”. On the network, data banking is offered on Telstra Pre-Paid Max. Data can be banked as long as a recharge is made before expiry on their existing account. Individuals can store up to 200GB in their data banks.

On Optus’s network, data rollovers are granted to consumers on prepaid plans. Data can be rolled over and banked as long as the subscription is made before expiry on the account. Users can bank up to 50GB.

Just like Optus and Telstra, Belong gives its subscribers the opportunity to bank their unused data. Unlike these telcos, there is no limit to how much data can be banked and how long this data can remain accessible. Rolled over data can also be gifted to friends and family who utilize the network.

Why Choose a Plan with a Data Rollover?

For any individual, choosing a data plan which includes data rollovers can have many advantages.

Firstly, data is saved instead of going to waste. Unlike traditional data plans, any data which is not used during the cycle is transferred to the next. Aside from data preservation, this can help customers to save money and remain flexible on their phone plans.

Instead of having to pay extra data charges, people can opt to save data in rollover data banks and utilize them at a later date. Data rollover gives you better control over your data, and means you keep what you pay for.