What is Smartphone Tethering and Why Does it Make Sense?

What is Phone ‘Tethering’ ?

Smartphone Tethering is the process of attaching your phone to your laptop and using it as a 3G or a 4G modem. If you have your laptop with you and you are out and about, tethering allows you to attach that laptop to the internet using the data in your phone plan.

Any ‘decent’ phone will allow you to do tether. Your phone need only have a WiFi facility and a mobile data connection to  wireless network. i.e. You need a SIM with some data on it from a company like Optus or Telstra and you (probably ) need a phone which was bought in the last 5 years.

Setting yourself up as a person who tethers their phone is not nearly as technical as you think. On Android, the facility is known both as a ‘Hotspot’ ( see image, below ) and ‘Tethering’. Apple call it a ‘Personal Hotspot.’ Get stuck in to your ‘Settings’ and you’ll see it quickly. 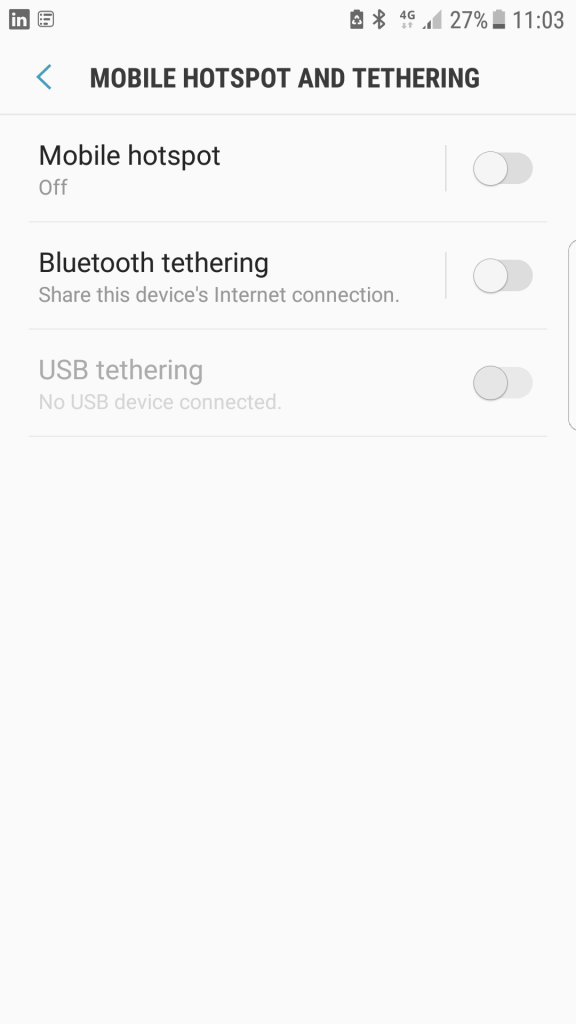 Connecting can be done in any of the usual PAN ( Personal Area Network ) – – ways : Using a physical cable to connect the mobile device and your laptop, Bluetooth or even WiFi to link them up. If you go the WiFi route – which is what most people do, simply select ‘Hotspot’ and flick the soft switch to ‘On’ you will then see your phone as an option under your laptop’s WiFi options on ‘Network and Internet’ settings. It’s nearly as simple as connecting to any other WiFi network. 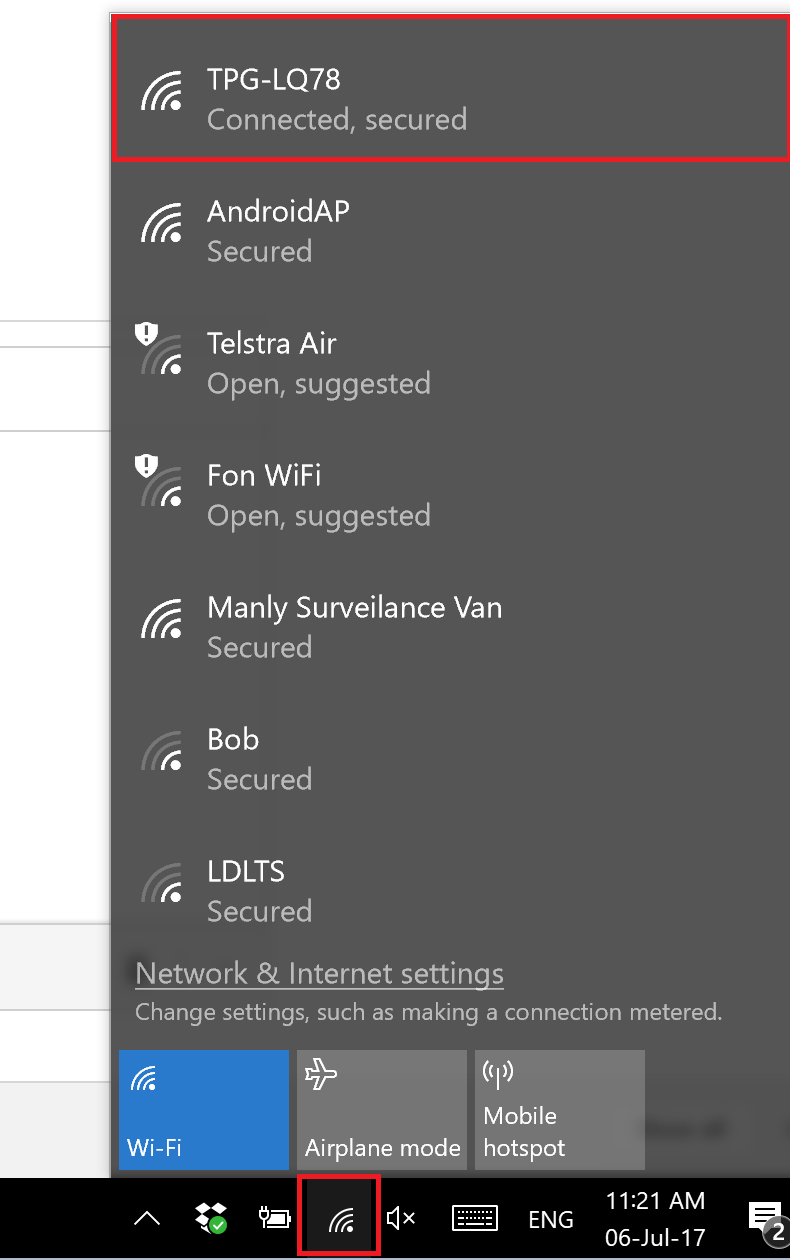 The telcos ( phone companies ) used to be very sensitive about tethering and in some cases prevent it. They wanted to sell you a separate SIM for your mobile broadband service. Since data bundle allocations increased, things have loosened up. At the time of writing, all of those companies let you tether your mobile to a laptop and use the mobile plan’s data allowance for internet data on your computer.

Why tethering is so good

The simple version is that you can get mobile broadband at a really low cost by ‘bolting’ extra data on top of your standard voice plan and using your phone  to access the internet at 3G ( or now 4G – LTE ! ) speeds. Because you’re already paying for the plan and the extra data is seen as a ‘bolt on’ ( an ‘add on’ service in addition to the core offering ) by the telcos, they offer the extra data at a low cost. This is why it makes sense to do it.

The alternative is to buy a separate service. Telcos call this Wireless or Mobile Broadband. This service requires an extra piece of hardware to act as the modem. This extra hardware can cost a lot of money. It’s possible to get more data by going on to a contract with the telco but signing up for a data contract while prices are halving every year is the quickest way to get really unhappy with your data bills !

If you tether :  Adding 3 Gig to your plan on, for example, Optus, costs $30. You can vary your usage every month – although you’ll have to call the telco to change the details of the bolt on. There’s no contract for it, you can add more as you need it and you also have the flexibility of using the data on your phone if you prefer that ! Why would you do it any other way !? The answer is you probably shouldn’t.

If you are tethering, be careful


Obviously, there are some ideas to keep in mind if you decide to do a bit of tethering.

1. You need a more ‘modern’ Smartphone. On Apple devices, you can only do this on iPhones which are IOS version 4.0 or later. Which is pretty much everyone.

2. In some of the ‘lower end’ plans ( for example, anything under the $20 mark ) with the phone companies, you get relatively small data allowances. Data bundles under 2GB are common on plans with this sort of monthly commitment. In these circumstances, it’s technically possible to tether your laptop, you are almost certain to ‘blow your bundle’. That means exceed the data allowance they’ve given you. Out of bundle charging mechanisms have changed for the better since Optus introduced the new normal back in 2013. Even on a postpaid plan, buying an extra 1GB of data will cost you $10 from most providers. Of course, on a prepaid plan, so long as you don’t have credit on your account, the service will just stop.

3. Tethering can be slightly slower than the option of taking a separate modem to do the job.

4. Finally, unless the laptop is plugged in, there is obviously a battery impact either to the laptop and or the mobile device.

But, when you’re out and about, whether it’s an ‘emergency’ connection you need and so long as you’re not downloading a tonne of video, the smartest way to get mobile data to your laptop is by tethering.

We suggest you also keep in mind alternatives which have popped up recently, including significant data bundles, 25 GB – 75 GB for very affordable monthly fees. Why not take a look at the table of mobile broadband plans like or read more about these plans with significant data allowances.

The ACMA cover the whole topic of mobile broadband, including tethering, here :  http://www.acma.gov.au/~/media/Numbering%20and%20Projects/Report/pdf/Economic%20impacts%20of%20mobile%20broadband_Final%20pdf.pdf