What is 5G ? An Australian View Of A Global Technology 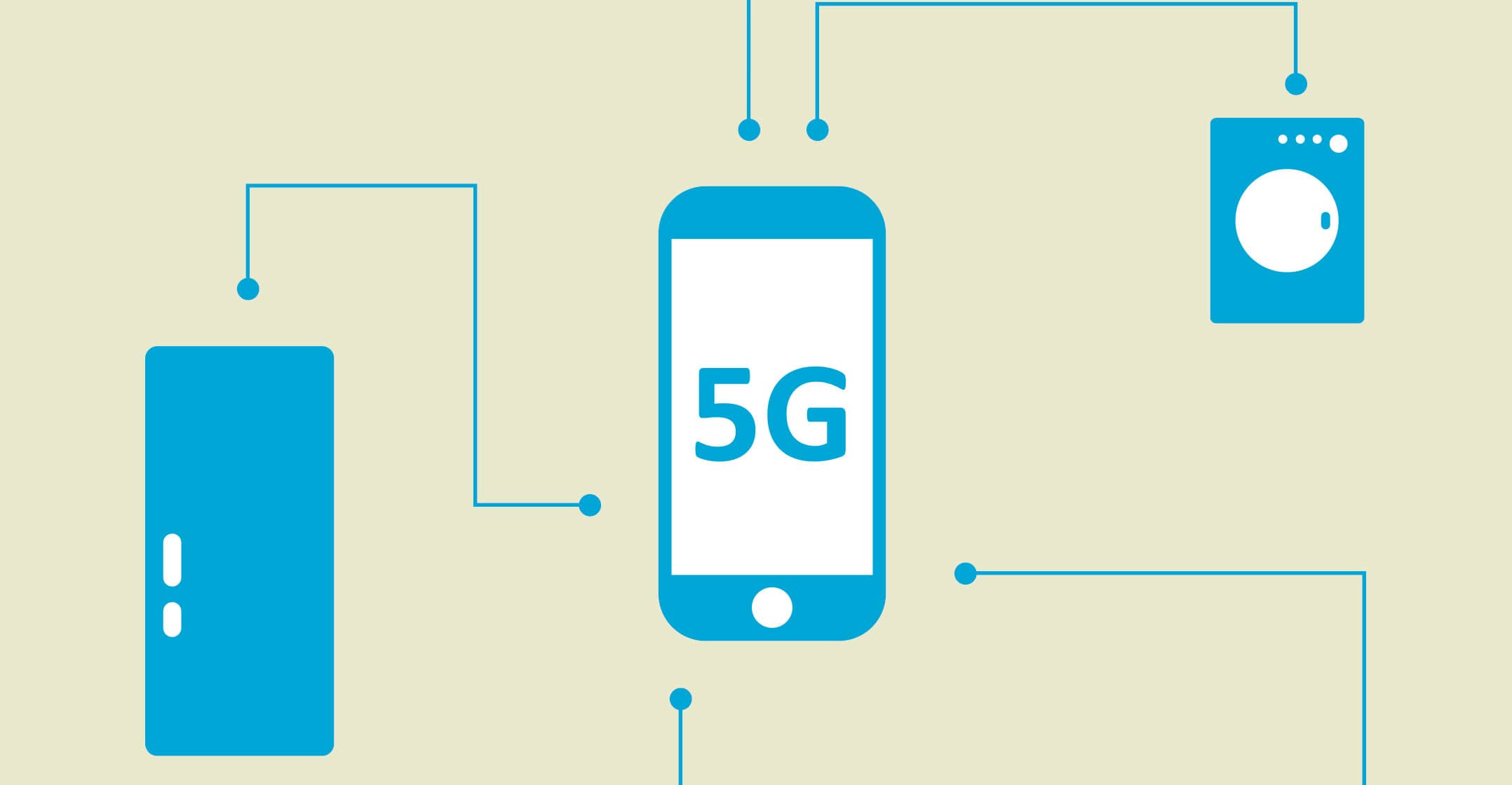 The ramifications of 5G to Australia are some of the most significant since the invention of the motor car.

Summary : 5G technology & what it means to you

5G is the 5th Generation of communications technology offered by the GSMA (the GSM Association). GSM is the Global System for Mobile Telecommunication – it’s the set of standards put in place to ‘agree’ how phones ‘talk’ to phone companies and how phone companies ‘talk’ to each other. The GSMA is how all of those moving part, bodies, manufacturers and companies fit together. 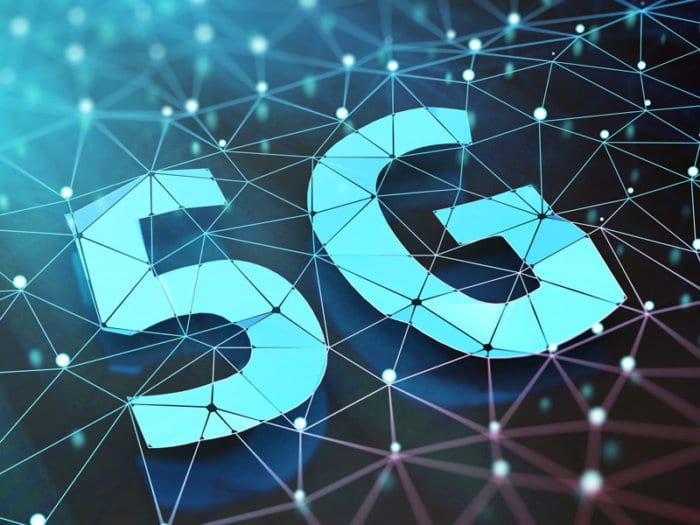 The most important features of 5G, to average users will be the speed of data download – up to 100 times what 4G is capable of and zero latency – faster responses when you engage with the cloud.

In essence, to you, 5G just means faster data transfer from the wireless network you use (e.g. Vodafone) to your phone. See below for just how fast that will be. It’s likely that users will experience apparently ‘limitless bandwidth.’ Imagine that everything you want to download comes to your phone straight away. You want your entire music catalog on your handset – done. Want to watch a film. The whole thing is there immediately.

This evolution of mobile communications technology has been happening for the last 20 years. You might be familiar with terms like 4G / LTE which we have gone to some lengths to explain on our site. The predecessor to 4G, 3G, arrived in Australia around 2005 and manifested in several forms, one of which the ‘Next G’ network for Telstra users, you might remember. They spent a lot of time marketing it.

Before 3G was 2G, GPRS (General Packet Radio System) with it’s much hyped and never delivered ‘WAP’ revenues. Prior to that (although it wasn’t called this at the time came ‘1G’), simple GSM.

These generations represent global agreements which is why you can set off with your phone in Australia and it’ll still work in almost any country. The body responsible for coordinating parties to agree the standards is the GSMA.

A lot has happened since GSM started. BlackBerry mobilized the internet using GPRS providing email wherever you are and even very rudimentary web browsing. The iPhone used 3G’s faster data speeds to enable web browsing. Basic video, albeit often low resolution, also arrived with 3G. The ‘Three’ network in the UK and over here launched telling us we would all use 3G for video calling. Now we take watching video for granted on 4G phones. Maps are standard today and we expect them to load fast.

Companies like Optus and OVO Mobile are increasingly using the technology to differentiate themselves in a largely homogenous market. When everyone has the same standards and the same phones, differentiation is hard on technology but content can make you stand out.

5G will underpin the next level of data and internet services that will be brought to Australia. Simultaneously, it will support an Internet of Things, cars and wearables connected to the internet. 21bn devices will be connected in the next 4 years say Gartner.

Australia is one of the world’s fastest adopters of technology. We can expect phones to start to support the facility before then. Rollouts of new networks tend to begin in city areas, where the population is most densely inhabited. The phone companies have learned from their experience with 4G. Changing over to 5G has already been considered.

If history is anything to go by, Vodafone stand to win big with their 5G deployment. As a global organization, they have more than 35 phone companies around the world which need to move to 5G. They tend to start fast, rolling out quickly in one territory and take the lessons they’ve learned to other countries around the world. They have the international muscle to influence the GSMA and they have the operating companies to practice on. History suggests that Vodafone might build the best network quickest.

What is the state of 5G in Australia now?

Not a lot has been said about 5G in Australia. Around the world, however, the work required to set the standards for 5G networks is still being developed. In the UK and USA trial schemes are underway. Verizon in the US is notably dipping its toes in the 5G pool, experimenting. Phone manufacturers too are engaging with the GSMA to get their side right. The South Koran government are spending more than $1bn and want a trial in place, at least in part to support their national manufacturer, Samsung.

How will the customer experience work?

And the target to deliver all of this is only 2020 in Australia.

How real customers will experience and use 5G.

5G technology – how will it work?

Those who understand the technology that will be used in the ongoing operation of 5G networks say the international standard will offer a ‘superfast, green and soft’ solution. The energy usage of the new network will be materially decreased compared to previous versions, to allow the sea of connected IoT devices to access it. Obviously that has environmental as well as battery ramifications. Like many things these days, management and optimization will be done using software which is why they describe 5G as soft.

5G will also affect the quality of the calls you make. VoLTE lead to the replacement of the existing alternative. At the moment, there is a nearly entirely separate digital network used to transmit your voice signal (as opposed to the data you need) With 5G, at some point, the old voice transmission network will be turned off and the only way to talk will be over VoLTE. This is likely to invalidate a lot of handsets so it might be a while before such a theoretical facility is deployed.

Finally, 5G technology could change the skyline. 5G protocols and hardware are, as we say, still being defined. One hardware solution could involve smaller antennae or a solution which, at the moment, seems weird: One antenna to ‘fish’ for the signal of a phone wanting to make a calls with another taking the call over when it’s been found for the bulk of the communication. Depending on the standards which are approved, this sort of approach could improve coverage.

Who’d be a telco ? Phone companies like Optus, Telstra and Vodafone are just like the private equity companies which build roads. They spend a fortune on the infrastructure and then charge everyone a little bit, each time they use it, to go on a trip or to make a call. The thing about being a phone company is that they have to rip the road up and rebuild it much better every 10 years.

The value in telco is rolling up to the OTT (Over The Top) players. The WhatsApps, the Facebooks, the You Tubes etc. are the people making the money out of customers’ mobile network use. The incredible cost of another network rollout may lead to some rationalization in the network investments being undertaken. It could even cause the aggregation of some phone companies. It costs $bns to deploy 5G. One argument we’ve made before is that potentially, the best thing to do for competition in Australia, is to close down the 3 competing networks and build one which is then resold by all of them.

The consolidation of networks remove the cost of the network and focus the phone companies where they should be – on the pricing of their service and the customer service they offer rather than building, maintaining, improving and charging us all for the privilege of using their networks.

And it’s not just the hardware, software and services which have to be paid for and rolled out by the phone companies. They also have frequency spectrum to pay for which is auctioned by the government and costs billions. In the UK, everyone got a penny tax cut because the phone companies paid for all the bandwidth they needed when 3G spectrums were sold.

Summing up 5G and its impacts

It’s sometimes hard to know how new technologies will reveal themselves in our lives. 3G was touted as a brave new world which would lead to us all video calling each other. The suggestion, I remember clearly, when I was at Vodafone in the UK was that we would all be watching streamed Sky News on our phones when 3G data speeds launched. It happened, slowly, you might expect a very small number of people to do that now. But the future they touted never really materialized in the way we’d hoped at launch. For example, I’ve personally never watched Sky News on my phone.

5G standards should be agreed by 2018. At it won’t all be good news. 5G may render previously functional, older handsets unusable. The speeds they promise us with a new ‘G’ don’t always materialize either. Look at 4G. With multiple handsets attached to a tower / network at one time, the service slows noticeably. The same is likely to be true for 5G. The download speeds the industry claim are almost always laboratory speeds which real users in the real world won’t get. That said, 5G could be so fast that, for the applications we use now, we could experience in every practical sense the limitless bandwidth they propose. It will be other, more data intensive applications, those we don’t use yet because they haven’t been invented, that will cause the problems.

Pricing comes from value and, to most people, what’s valuable is what’s scarce. But how do you charge someone for a service which is not being competed for? At any one time, the proportion of the available 5G bandwidth being used is going to be tiny. Explaining that to people is going to be tough.

Often, the question is about technical vs cultural adoption as in the case of the video calling and sky sports for 3G. How will Australians react to such a revolutionary step forward ? Will they see a need ?

Such an array of hardware and software connecting everything is going to require better data management. There is an opportunity for those who work outside telco to act. Telco billing systems are already old and clunky – up to a quarter century in some cases. Data management facilities, when you can analyze behaviors, usage patterns, predict faults and personalize network services will be valuable to the networks. To me, the most interesting aspect of 5G is the personalization that it will enable. It’s the generation of all this data which seems set to influence our lives the most. Companies using what they know about you to provide the best services possible.

And finally, 5G probably won’t be the last G. Seeing what 6G might look like is like going beyond the singularity. It’s as impossible to guess now, in the same way that judging a world of infinite bandwidth of 5G would be possible as the 3G networks were deployed.