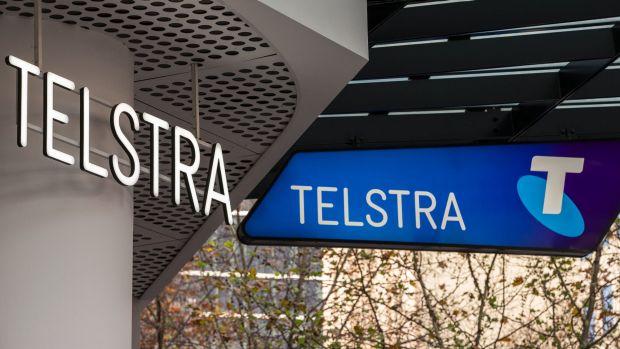 Telstra has become the first telco in Australia to support the latest messaging standard on select Android phones. RCS or Rich Communication Services is the evolution of Short Messaging Service, mashing SMS and MMS with more features like message delivery notifications, file sharing, group chats, video and audio clip sharing, and voicemails delivered as sound and text files. The new RCS messaging features will be available only to Telstra pre-paid and post-paid customers using the Samsung Galaxy 7, 7 Edge, S8 and S8 Plus phone devices.

What is Telstra messaging?

Telstra Messaging represents an evolution of SMS and MMS by makes messages more powerful and flexible with a single integrated inbox. It is a real-time messaging service built in Telstra’s network using Rich Communication Services (RCS), an internationally recognised standard for carrier messaging. RCS was first released as a standard five years ago, but a global, universal profile did not arrive until 2016.Vodafone’s European subsidiaries released the RCS-based ‘Joyn’ service in 2012, and Google announced support for RCS last year in Android. As the service requires support at both the network and handset/operating system level, it has been slow to take off. Over-the-top messaging apps on smartphones have also hindered its growth.

RCS and Telstra Messaging is not supported by Apple’s iOS devices, which use the company’s proprietary Messages app. However, Telstra believes that this could change soon, with RCS being integrated directly into handsets, tablets and computing devices in the future. While only a few Android devices are currently supported, Telstra intends to roll out the service to other handsets in the coming months.

What features does Telstra Messaging Support?

In today’s world of fast-paced communication and collaboration, a humble text message is no longer enough. Users want to swap photos, files, location information, audio files and more along with the text they send. That is why RCS and Telstra Messaging support:

How does Telstra Messaging work with other carriers?

Currently Telstra messaging is NOT available for:

Your Telstra message will be delivered as a regular SMS/MMS to these non-compatible carriers and devices. It will be received as RCS only when their carrier and device support the RCS format. Telstra Messaging users will be highlighted on your contact list, so you know whom to send a particular message to.

How much does Telstra Messaging cost?

There are no subscription or activation charges for Telstra Messaging. Data usage charges apply to use the service in accordance with your mobile plan. An average chat message of around 3-5 lines of text uses a very small amount of data (approximately 2 kB). When sharing other media such as images and videos, the amount of data you use depends on the individual size of the file you want to send, a maximum file size of 19MB can be supported as part of a file transfer. You can also send Telstra Messages over wi-fi or wireless – such charges will not be included in your Telstra bill. Your Telstra Message data usage will not show up as a separate category on your bill.

How is Telstra Messaging activated?

For devices that support Telstra Messaging, activation is triggered automatically when the SIM is inserted into the device. Compatible devices must have the latest version of Android and must have been purchased from Telstra.  Telstra Messaging Native support means that Rich Communication functionality is built into the operating system of the device.  You will notice your enhanced messaging capability whenever you are communicating with another Telstra Messaging enabled devices. For Samsung RCS native devices this is shown by the colour of the message you send to your contacts within a message thread.

The service is very flexible because it lets you activate and deactivate it at any time. You can block the use of Telstra Messaging by disabling Rich Communications in your device’s settings under ‘Messages’. You can also manually override Telstra Messaging (RCS) message sending on a per contact basis if you prefer to send messages via SMS/MMS.

What happens when I am offline or on roaming?

If you’re sent Telstra Message chat message while you’re offline, it will be delivered to you via SMS. If you’re sent a file when you’re offline, it will be stored by the network and delivered to you when you are back online. Similarly, files that you send will be stored on the network and forwarded to your contacts when they are back online.

it is Telstra’s aim that as other domestic carriers launch RCS, Telstra will interwork with their services in the same way as SMS & MMS.