Optus Sport: Where To Get It Cheapest 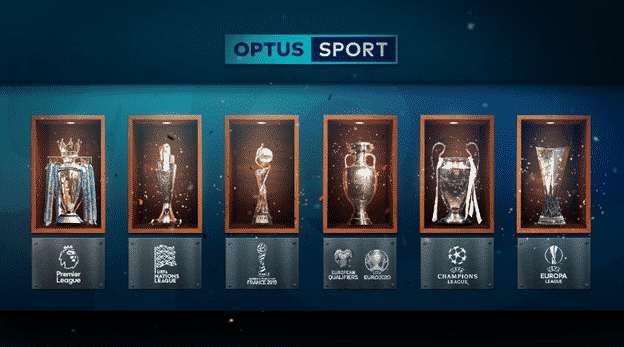 What is Optus Sport?

Optus Sport is an app that allows you stream live sport content. The app is loaded with European football content, and you get live coverage of:

Optus is the second largest telco in Australia behind Telstra. They announced that the number of Optus Sport’s subscribers have hit 700,000. In other words, Optus have cornered the European football market with Optus Sport – today, if the only way you can watch all live EPL and UEFA Champions League matches is through Optus Sport.

What is the EPL and how does that tie in?

The EPL is the English Premier League, England’s top tier football tournament. The Premiere League is widely popular across Europe and, generally, the world.

The EPL’s popularity has been a boon for Optus Sport. According to Roy Morgan, Optus’ fixed broadband and mobile service subscriptions increased since the telco gained the rights to broadcast the football league. Amongst Australians who watch the EPL on television regularly or occasionally, Optus subscriptions increased from 4 percent prior to the 2015 EPL deal to 23.8% in 2018. 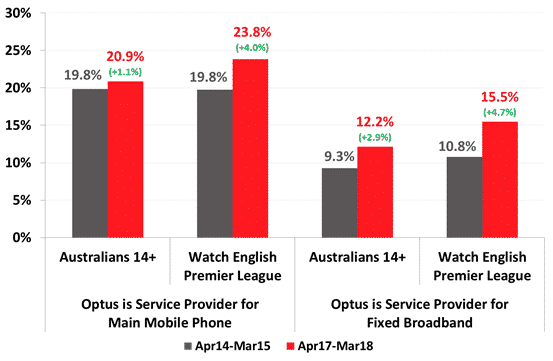 Last year, Optus gained exclusive rights to broadcast live EPL matches, resulting in even more viewership for Optus Sport. But football isn’t the only entertainment in Australia these days. Telcos have realized the potential of entertainment content, and have now made it a point to offer content as part of their mobile plan inclusions.

Streaming services in general, such as Netflix and Stan, have been a hit in Australia. For instance, according to Statista, the number of Australian Netflix subscribers is expected to hit 3.3 million by 2022, up from 2.8 million in 2017.

Streaming is a big deal in today’s world, and telcos know that. Optus isn’t the only one capitalizing on this fact – Telstra, too, offer a range of entertainment content on mobile plans, from streaming Apple Music to sport content like live coverage of the Australian Football League (AFL).

Thankfully, Optus Sport isn’t limited to Optus customers alone, so you don’t have to switch to Optus. You can access Optus Sport for $14 per month if you don’t have an Optus plan. Just download the Optus Sport app from your App Store or Google Play and get started. If you’re on a computer, you can sign up on the Optus website.

You can watch Optus Sport on virtually all types of devices. From your Mac computer to your PC, set top box, iPhone, Android phone, and tablet.

Optus isn’t alone when it comes to a sport app – Kayo and Telstra’s Mobile Sport, as well as OVO’s mobile sport inclusions are others. Kay Sports launched in 2018 and became the biggest sport streaming service in Australia, commonly known as the “Netflix of Sport”. They have since joined forces with Telstra to bundle into customers’ plans. You can catch the NRL, AFL, cricket and more with Kayo Sports on mobile devices, computers, and set top boxes for $25 to $35 per month.

Telstra mobile customers can download the AFL and NRL official apps and stream games with the Live Pass.

OVO Mobile has cornered professional and grassroots sports such as gymnastics, water polo, motorsports through the OVO Play web app on their mobile devices or computers.