Sorry Australia, You’re Too Advanced for the Nokia 3310 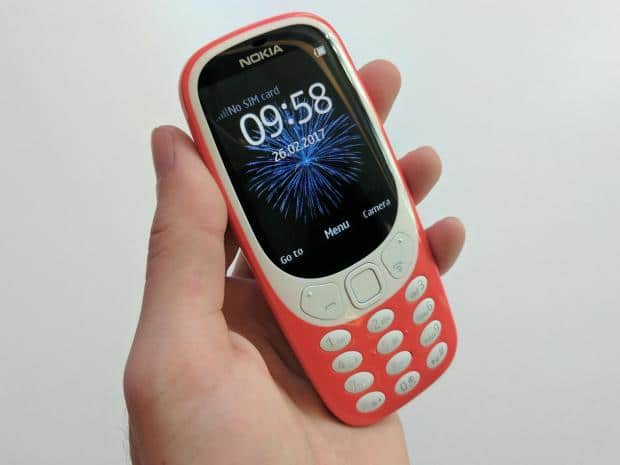 If the iPhone and the Android have got either too expensive or too complicated for you to use and you have been dreaming of the return of the good old days when the Nokia 3310 was considered technologically advanced, you might as well keep on dreaming. The iconic Nokia 3310 is unlikely to be seen in Australia.

You have may already been holding discussions with friends, relatives and work colleagues of the inevitable re-release of this robust, unbreakable phone so that you can take it with you when you go outdoors, instead of your fragile, expensive iPhone. That’s not going to happen unless you happen to go on vacation to a country that will be marketing it and you grab one off the shelf.

The major upgrade to the 3310 is only going to include a camera and a colour screen but it’s not going to be found on our shores, according to the announcement made at the Barcelona venue for the Mobile World Congress which took place last week. The new release is probably just what the touring Aussie would love to own with standby time being at least a month and a camera of 2 megapixels with colour capabilities as well as a 2.4 inch screen.

However, the new 3310 would simply not fit into the current technology on offer in Australia, at least in most areas, whether regional or metropolitan. Nokia revealed that the 3310 will work on 2.5G, which in Australia means the 2G network. This will certainly be a problem in Australia as 2G barely exists any more, whatever telco or MVNO you are signed up to.

In December 2016, Telstra switched off its 2G network, while Vodafone and Optus are going that way later this year. Optus and Vodafone could capitalise on the absence of Telstra for a short period. Vodafone is looking at that possibility, but Optus has decided not to do so.

According to Arto Nummela, HMD Global CEO, the phone has 3 important features that matter:

In new phone markets, where cost, battery life and data are vital, the 3310 will be welcomed by all. Its most important aspects are talking, texting and playing snake. It weighs a tiny three ounces, and it comes with 31 days of standby time which means the talking time is up to 22 hours. Its new camera feature and better screen resolution makes it a different model altogether from the original 3310. There are some countries in Africa where smart phone sales have fallen because of their rising cost, so this new model 3310 may help to revive the phone market on that continent at least.

HMD’s sales may not reach the 125 million mark of the 1st 3310s, but it is a real phone targeting people who want to remain connected. However, don’t expect to see it in Australia and if you buy one overseas it may only work in the short-term.