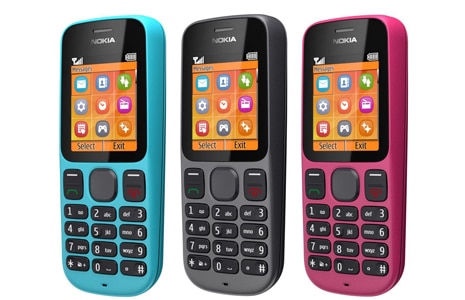 There is always something about mobile technology that’s in the news and this time not surprisingly it’s to do with the latest in smart phone use.

It seems that according to Counterpoint Research interest in smart phones is on a downward spiral. More and more people are quietly switching from purchasing smart phones to buying so-called ‘dumb’ phones. They are simply cheaper, more robust and the batteries have more life in them. Mobiles that resemble something from last century like flip top phones are becoming increasingly popular. These sorts of phones include the brick-like appearance Motorola DynaTAC. This is used by Michael Douglas, the actor, and is now selling for $1,500 online.

Differences between a dumb or feature phone and a smart phone

A smart phone basically plays the role of a hand held mini-computer. It offers such things as calling, computing, online surfing, video conferencing, media players, cameras and GPS navigation capability. It also operates using certain systems including iOS, Android and Windows Mobile. The ‘smart phone’ has been in circulation since 1997 and was originally launched by Ericsson. A feature or ‘dumb’ phone lacks the smart phone’s sophistication and is not so expensive, but it’s capable of being an important phone that meets the owner’s daily needs.

Slow to move into smart phones

If 2G is available many phone users are happy with that and don’t feel too pushed about buying a smart phone or even worrying about 4G.

It’s hard for a high tech company like Apple to meet the needs of cash rich, tech savvy customers while at the same time trying to find a way of marketing its products to the majority of the world’s population. This group sees owning a phone as a luxury and doesn’t have either the desire or need to be gobbling up expensive data live-streaming movies while sitting on a bone shaking bus.

It’s enough trouble trying to sit in a seat while preventing one’s hard earned phone from being flipped onto the floor. Despite this, Apple is increasing its investment in countries like India, where potential customers can barely gather sufficient rupees to purchase a phone in the $200 range, let alone set their sights on an iPhone. It is expected that billions of 4G enabled feature phones will be freighted on a world scale in the next 5 years, an increase of 5,300% this year. Just in 2016 alone, 400 million dumb phones were sold, but now growth is slowing down.

According to Counterpoint, there are 1.3 billion feature phone users globally, mostly in the newly emerging markets of Asia and Africa. Because countries differ so much in their technology base and economics, 2G is common still there and 4G is in its growth stage. Most phone companies wherever they are try to shift customers into the direction where they want them to be. It’s in the interest of businesses to establish themselves in 4G, so encouraging the non-business sectors promises earnings for a phone business as much as anything else.

What people say about the dumb phone

Technology sometimes moves too fast. For some time now smart phones have been in hot demand, but phone companies, including Apple have realised that part of the more affluent market is quite happy with old style ‘dumb’ phones, because they don’t always need the dizzying range of features on a smart phone. There are also huge markets in less affluent countries that simply cannot yet afford the latest smart phones. They are more than happy to spend money on ‘dumb’ phones, so phone companies would be dumb if they didn’t respond to that demand in the market.