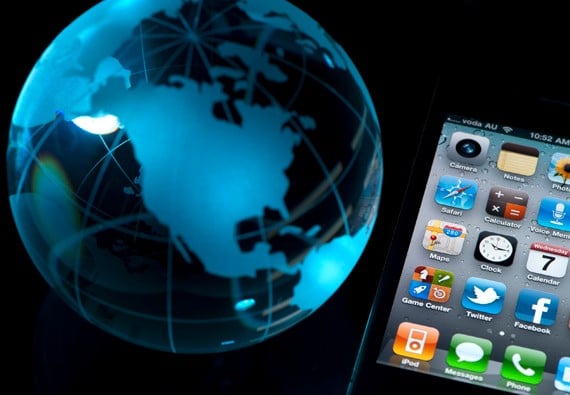 Moose Mobile are a low-cost phone company using the Optus network. They provide global roaming services and the ability to make international calls from a mobile. However, these services come at a price.

Moose mobile are a relatively new company operating out of Brisbane. They are an MVNO, or a Mobile Virtual Network Operator, which uses the Optus network. This allows them to sell their services without having their own cell towers or other large infrastructure.

Moose Mobile operate mostly online, although they do have a phone number. All plans are post-paid and very competitively priced. There is something for everyone – from an $8 per month plan with 200 minutes of calls within Australia and 500MB of data to the most inclusive plan at $78 per month, offering unlimited talk and text and 90GB of data.

Moose Mobile international roaming is available as an option; but whether roaming is an option Moose customers should consider is another matter. Roaming needs to be arranged with the company at least one month beforehand, and $150 prepaid into the account. This sum will appear as a credit on the account. If there is an amount remaining or more than $50 credit left once the customer has returned to Australia, they have 30 days to request a refund, although the amount could be held for up to 3 months.

There is an impressive number of countries included in Moose Mobile international roaming. Countries are sorted into 2 zones, with a different pay structure depending on which zone the desired country falls into. Charges are clearly marked out for each zone. Travellers should bear in mind that it will cost them to receive calls as well as to make them, so setting up call diversion is important. Mobile data is also extremely expensive when travelling and it would be wise to disable all data and rely only on Wi-FI when overseas, except in extreme emergencies.

Moose Mobile international calling rates are generally not competitive when compared to similar companies. However, there are other international calling options that Moose customers might choose, such as using low-cost VoIP providers to call over the internet. Companies like Skype can even be used to call mobiles or landlines for a small charge, if the person you wish to call is unable to answer online.

How Moose Stacks Up Against Competitors

Moose has joined the market in competition with other low-cost phone companies like Vaya and Amaysim, who are also using the Optus network. Some plan features are highly competitive. In terms of international roaming, Moose Mobile sits somewhere in the middle. Vaya do not offer international roaming as an option at all. Amaysim do, and their rates are cheaper than Moose. That being said, Amaysim do not cover as many countries as Moose Mobile, so travellers going to remote parts of the world who want to access roaming are better off with Moose.

For international calls made while in Australia, Moose is not the most cost-effective choice. For most countries, Vaya customers will only pay a fraction of the cost for calls to the same country when compared to Moose Mobile’s rates – Vaya’s rates start at $0.02 per minute. Amaysim have unlimited calls to 10 countries as an inclusion for customers on phone plans worth $30+ a month, and 300 minutes to an additional 22 countries for those paying $40+ per month, as well as more competitive rates in general.

Moose do offer both international roaming and international calls from Australia, and they include an impressive number of countries in their options. However, they do not offer the best international prices. The truth is, most Moose customers are there for the low-cost phone plans with high data inclusions, and not for roaming or international calls.

Travellers going to remote parts of the globe not covered by other low cost companies might consider Moose. Otherwise, it will be far better for your budget to look elsewhere when communicating internationally.