What is Data Overage and How to Avoid it? 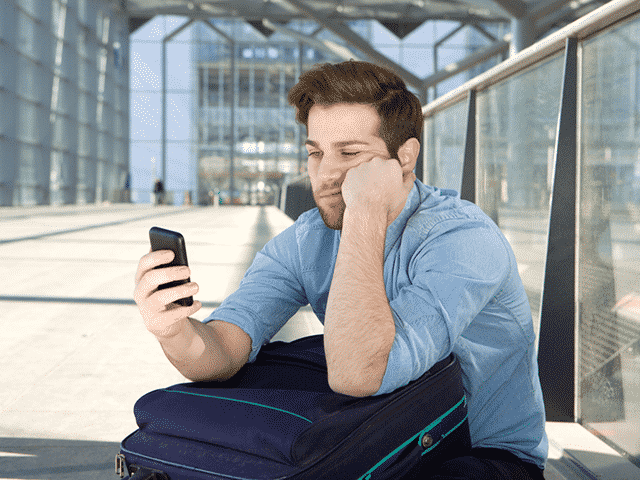 Once you get past the most basic tier of phone plan, most telcos offer unlimited standard calls and text. How much you pay for your phone plan per month generally depends on how much data you want. It’s tempting to opt for the plan with the lowest amount of data you think you can get away with.

However, data overage is a real issue for people who might be underestimating their data needs. The data you use depends heavily on personal factors like how often you use your phone without WiFi, and what kind of use you put your data to (such as checking social media versus streaming high definition video). Data needs can even vary widely from month to month for the same person depending on how their usage changes.

But what happens when you cross your monthly limit?

You might save money in theory by going for a cheaper plan, but data overage fees are a very important consideration. Going over your data limit can attract significant fees on top of your usual mobile phone bill. It’s great for your telco, as they get extra money you weren’t willing to spend on a monthly basis. It might not be so great for your budget.

Almost all major telecom operators charge $10 for each additional GB of data used beyond the included limit. That’s an improvement on the old system where users had uncapped access to extra internet and charged per Mb, which led many people to accidentally go far over their allowed data and incur massive charges.

Extra data generally now comes in 1GB lots, which makes it harder to go far over your allowance without realising it. However, big bills can add up and regularly going over the amount of included data makes it worth re-looking at your plan. You can help yourself avoid overage fees by keeping close track of your data. Here are some ways to avoid paying more than you have to.

What are your options?

Major operators aren’t always very transparent about when you cross your monthly limit – your usage information might be delayed or hard to access. Occasionally you might be charged for the extra 1GB even before you receive a notification to tell you you’ve gone over your included limit.

However, there are telecom operators like Spintel that allow you to set a ‘hard stop’ on your mobile data when your limit is reached. This will ensure that you aren’t charged without your consent. For other telcos, you might want to use some apps that are designed specifically to do that.

If you are a heavy user and do not want to deal with overcharging issues, you might want to consider an unlimited plan. Almost all telcos offer an unlimited data pack, but once a limit is reached speeds are capped at 1.5 Mbps. Alternatively, there are options like the Vodafone Passes that offer unlimited access to certain services. For instance, a $15 pass will allow you to surf videos on Amazon Prime Video, Netflix, and Stan with speeds of 1.5 Mbps at standard definition, without your usage being deducted from the normal data inclusion in your plan.

There are similar options available with Telstra, OVO Mobile and Optus, where specific content is available to the users to stream data-free. For instance, Telstra subscribers can view content on My Football Live app without being charged for data usage on it.

How close you are to your limit each month can help you decide whether it’s a smarter idea to try to cap your current usage or if you need to increase your limits by opting for a more expensive plan. There are plenty of apps on the Play Store (or App Store) that can help you with keeping a tab on your usage. You can set a maximum limit and these apps will notify you when you are closer to exhausting that. Some of the sophisticated ones can even turn off your mobile data themselves.

If you are regularly over your data limits, you’ll probably need to rethink your plan. Buying a premium plan will be cheaper than spending money on additional data when you exhaust your data limits. For instance, a $60 plan with Telstra that offers 10GB data makes more sense as it is only $20 more expensive than the $40 plan offering 5GB data. On the contrary, a $40 plan subscriber who chooses to use 5GB additional data after exceeding the existing limit will have to pay $90 for the same amount of data that is included in a $60 plan.

The odd overage charge isn’t anything to be worried about, but if it keeps happening it probably means you need to rethink whether you’re getting the most out of your data. Take control over your data and avoid paying more than you should.