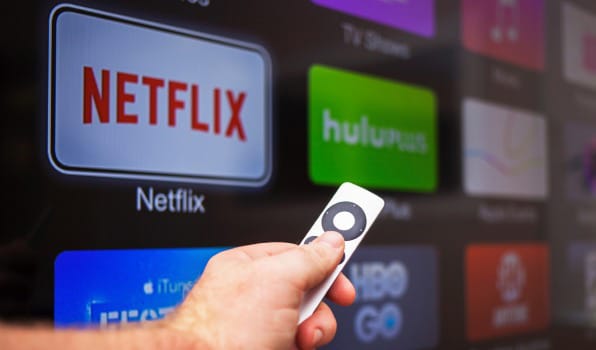 It seems like every major telco has some form of TV streaming available, and Vodafone have joined the pack. Vodafone are the latest Australian telco to offer a set top box dedicated to TV streaming. Their new streaming device will be available to Australian customers in April, and is being offered in partnership with global giants Netflix and Google Android.

Vodafone have come in late to the game, so they need to work extra hard to get customers on board. While there are so many other options available for customers, they’re relying on the big Netflix name to be a drawcard for new clients. Their set top box is powered by an even bigger name,Google’s Android, which means customers will be able to use the Google Play store to download apps and games through the system.

The emphasis is on providing an open platform– that means they have no plans to offer content that is restricted only to subscribers, and won’t force content partners on their customers. The device works with free-to-air tuners, is 4K compatible and can access apps offered by the Google Play store. It even works on rival broadband connections, so you don’t actually need to be a Vodafone customer to use it.

The Vodafone TV device can be purchased outright for $120, or added to a Vodafone Home Broadband plan for an additional $5 per month over a 24 month period. It has Google voice search as well as access to the Google Play store, and comes with a tuner to access free-to-air TV and dual-band Wi-Fi. The remote features dedicated one-touch buttons for Netflix and YouTube.

A big draw card for customers looking to try the new device will be the 12 month standard Netflix subscription offered free with the Essential Plus and Premium 24 month contract broadband plans. Customers with a pre-existing Netflix account will still be given a code to get the next 12 months free. Complimentary 3 month subscriptions are relatively common, but 12 months is a great incentive, especially as the value of the subscription to someone who already pays for it will be more than the cost of the box.

How will Vodafone Stand Out?

Vodafone TV will be in competition with a number of other streaming options, such as Telstra TV, Optus Fetch, Apple TV and Amazon’s Firestick. With other companies trying to capture customer loyalty by providing exclusive content, Vodafone are taking the opposite route.

“The current way of doing things is bidding hundreds of millions of dollars and locking away stuff and forcing loyalty from customers, we don’t believe that’s going to continue long term into the future.”

His statement can be seen as a veiled dig at Optus, who acquired the rights to broadcast the English Premier League from Foxtel in 2015 and provide it only to Optus customers, specifically as a ploy to increase their long-term mobile and broadband subscribers. It has certainly increased the number of Optus customers, but whether their loyalty will remain should Optus lose those rights is another matter entirely.

Rather than pushing forward by being the first to get on board with new offerings, Vodafone’s strategy seems to be hanging back and then providing a solution to problems the other telcos encounter. Scrambling for exclusive TV streaming content is a gamble, so they have decided to fill the gap in the telco market for an open platform streaming device.

They have adopted a similar strategy for their NBN broadband. Only coming to the table in late 2017, Vodafone offer NBN packages to Sydney, Canberra and Melbourne and plan to launch services in Brisbane, Adelaide, Perth and Tasmania this year.

The clever twist on providing NBN comes from listening to customer complaints about unreliable connections. The Vodafone modems are equipped with 4G capability that is designed to combat customer frustrations with service dropouts. When the NBN stops working, the modem automatically switches to 4G, which allows them to work to solve the problem without customers losing internet access while they wait for a solution.

Competing with the other major telcos on the same issues will have limited results, so Vodafone are identifying and fulfilling the parts of the market that have not been well covered. Whether customers will respond to this approach remains to be seen.