ACCC and the right to roam on the Telstra network 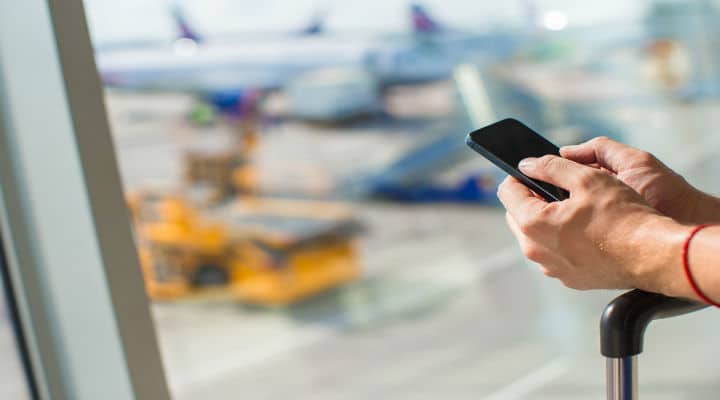 The question of mobile roaming becomes particularly important when there are several networks sharing customers but there is not equality in terms of the individual company’s infrastructure. When Telstra was taken out of public ownership, the new owners inherited the infrastructure and customer base that it paid for which gave it a distinct advantage when the ACCC opened up network provisioning to competitors.

Optus and Vodafone side lined

It has got to the point that competitors like Optus and Vodafone don’t have any competitive advantage at all, because they lack the infrastructure to grow their customer base. They also have to deal with the fact that the federal government, through its black spot program, has provided a large amount of tax payer’s money as an incentive for Telstra to provide telecommunications’ services to those in regional areas who either lack the quality provided in urban areas or have no service at all. This of course hasn’t helped the other telcos’ case. The only way they can increase their share of customers is to piggy back off what Telstra has in place. Of course Telstra does not volunteer to offer this, even at a price, so the ACCC has to make a decision for them.

Privatising Telstra Was a Game Changer

Telstra was the name used for the federal government owned company in 1992, but by 2011 it had become completely privatised. It is now Australia’s most widely held ASX listed company, with more than 1 million shareholders. Once a business is privatised there is nothing stopping competitors from competing as has clearly happened, but there is one obstacle. That is that providing telecommunication infrastructure is extremely expensive, so the easy solution for Vodafone and Optus is to turn to the Australian Consumer Competition Commission and complain that Telstra has a competitive advantage.

Who are the winners and losers in the mobile roaming game?

Mobile roaming is really not an issue in urban areas because infrastructure by the phone companies is more cost effective due to the larger customer base. There is no need for competitors or Mobile Virtual Network Operators to worry about the cost of infrastructure. It becomes more of an issue in far flung rural communities where the per capita cost is higher every time a tower is put in or a cable laid.

Telstra, of course, wants to keep what it inherited, but the Australian Competition and Consumer Commission (ACCC) sees it differently. After complaints were raised, particularly by Vodafone and Optus, it has decided to look into the issue more deeply.

Vodafone is claiming that Telstra’ prices are higher than they should be in regional Australia because of its monopoly position. Vodafone has presently invested far less than either Optus or Telstra in its network, particularly outside urban areas and currently has the smallest market share. Telstra has gained because of government subsidies for the “Black Spot’’ program which has enhanced its market share.

Telstra has so far invested $1 billion between 2014 and 2015, with further investments committed of $5 billion up to 2017 and $3 billion more set aside for up to June 2019. It has, as a result, warned that any future investment will be under threat if roaming is permitted on its network.

Inquiry about competition outside urban areas

Telstra has one important competitive advantage over other providers. Its urban based customers, from which most of the revenue comes from, can pretty well guarantee that wherever they travel, they can virtually guarantee coverage. It’s this dependence on their network throughout the country that puts them in the lead. However, Telstra has been criticised for network fall-outs in the past year, which could lose them customers if Vodafone and Optus are able to offer roaming options by using Telstra’s infrastructure.

Vodafone will gain the most from roaming and would mean it wouldn’t have to invest in any uneconomic infrastructure in regional Australia, while Telstra is set to lose its marketing advantage in metropolitan areas. Vodafone will be able to effectively piggyback on Telstra’s investment and infrastructure and Telstra doesn’t like the idea.

Up to now, Optus has been seeking any way it can to access a larger portion of the market with Telstra being its biggest competitor in the mobile market. Currently, Telstra has a 51% retail market share, with 30% going to Optus and 18 % going to Vodafone. It is seeing this differently when it comes to the debate about roaming.

Optus came up with specific points

Mitch Fifield, Communications Minister, has voiced his own opinion and has written to the ACCC saying that any roaming declaration would affect consumers’ longer term benefits.

Vodafone has pointed out that the Telstra monopoly in relation to mobile infrastructure in more remote country areas has created a competitive advantage, but Optus has done so well in closing the gap in terms of who it can reach which has levelled out Telstra’s pricing. Telstra, in turn, has invested a great deal in order to retain its competitive advantage and a roaming declaration would punish it and to a certain extent Optus as they have been the ones injecting investment into the system while Vodafone and other network providers haven’t invested the same level of capital into their own networks. In the end it seems that it’s always best to become a competitive force a business’s own right rather than let government intervention be the decisive force.