Unfolding the Foldable Galaxy F: What We Know So Far! 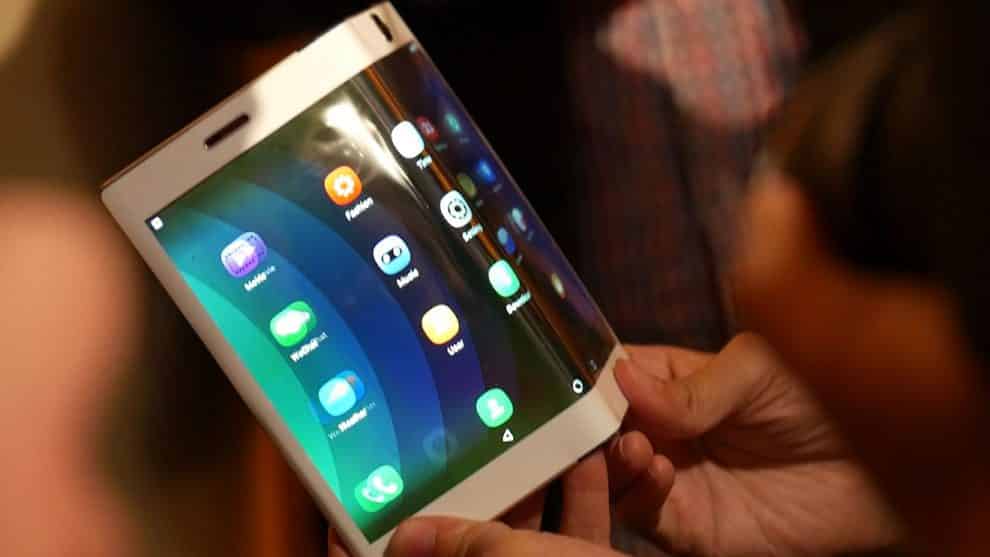 Samsung is on the verge of turning a new page in the history of smartphone innovation. In a recent interview with CNBC ), Samsung’s Mobile Division CEO DJ Koh confirmed the existence of the much-hyped and long-rumoured foldable smartphone.

Samsung’s foldable phone idea has been much talked about after the company released a concept video back in 2014. It looks like Samsung has finally decided to pick up the pace in delivering the technology to consumers as rumours about Huawei developing a similar concept have begun to circulate. Koh said that Samsung “didn’t want to lose the title” in the race to release this game-changing smartphone technology  to the market.

What do we know about the Samsung Galaxy F?

Samsung Galaxy F would potentially be the world’s first ever foldable smartphone. The phone will bring the first form change for many years as the industry has been fixated with flat back slabs since Apple’s iPhone hit the market in 2007.

As of now, all talks about the specs, features or technology of the phone are just rumours, as the tech giant hasn’t revealed any concrete details. However, there’s no end to the speculations.

Based on the latest industry leaks and rumours, Galaxy F will be featuring an experimental 2-3 design with polymer hinge. This radical smartphone will also have an edge-to-edge OLED display, but at the same time, you will be able to fold it into half its size when you’re not using it. This will be a revolutionary breakthrough in the display technology.

Several hints point to numerous new and impressive features like a dual rear camera. Furthermore, the device will be powered by Qualcomm Snapdragon 855 processor.

Expect Galaxy to be 5G enabled

While specs and features of Galaxy F remain mere speculations, Qualcomm has confirmed the news of its 5G enabled next-generation Snapdragon chipset. Since Samsung has collaborated with Qualcomm, it won’t come as a surprise to see Galaxy F featuring 5G capabilities. So, if you plan on buying the foldable smartphone, add a new sim to your list as well.

What will the Galaxy F cost?

Predictions and early market leaks have put a steep price tag on the high-end smartphone, especially considering the innovations and upgrades the device is about to introduce. Galaxy F will be a super-premium smartphone that could retail for $1500 to $2000. If this is the case, the Galaxy F will become the most expensive smartphone in the market-beating Apple’s flagship smartphone, iPhone X. However, it’s just too early to know if the alleged price has any bearing on what Samsung actually plan to charge.

The Samsung Galaxy F has reached its final stage of development and will greet us with an array of exciting and innovative features. But the question “when” remains unanswered.

Earlier in an interview with CNBC, DJ Koh hinted towards the launch as early as November this year at the Samsung Developer Conference in San Francisco. The news had everyone on edge until, in a more recent interview with The Investor, Samsung officials disclosed that there were no immediate plans for Galaxy F’s mass production.

Assumptions are that Samsung has either delayed the launch or completely called off the mass-production of Galaxy F to reposition the phone as a niche product. After all the hype about the proximity of its launch, this news is disappointing.

It is currently estimated that the launch of Galaxy F has been pushed to coincide with the CES 2019 in January.

The race to fold

One this is pretty clear; Samsung won’t be giving up the title of World’s first ever foldable smartphone to its rival. Consequently, we will soon be witnessing a radical evolution in the world of smartphones and possibly another market trend. The combination of game-changing innovation with the latest 5G advancements is bound to make a lasting impact. Although, there’s just one obstacle – the uncertain launch date. Until then you can probably feed your tech obsessions with Apple’s upcoming iPhone XR, XS, and XS Max, expected to launch later this year.