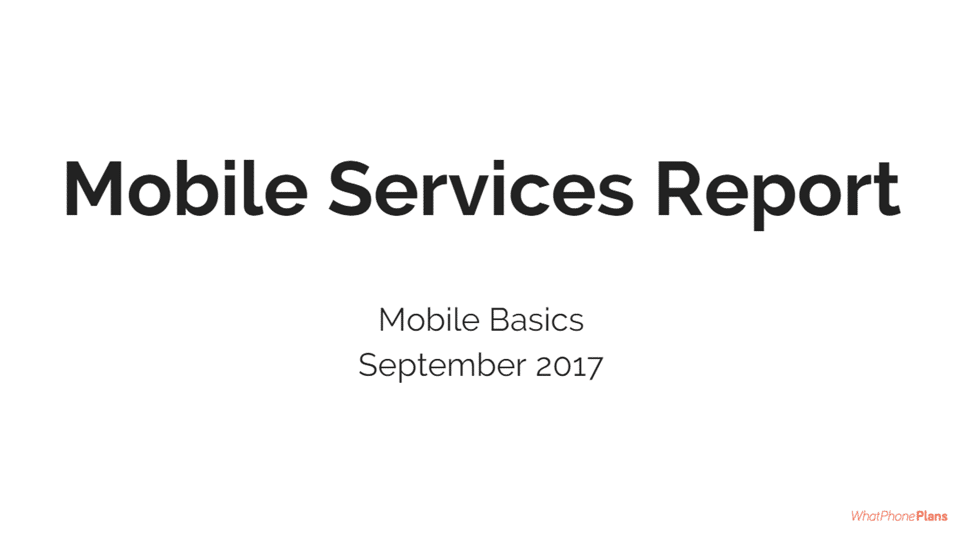 In general, the first group of questions in the September 2017 survey, paint a lackluster picture of Australian sentiment on the phone company services they buy. It also exposes some common traps visitors get themselves into when they’re comparing phone plans, especially the data component of those plans. 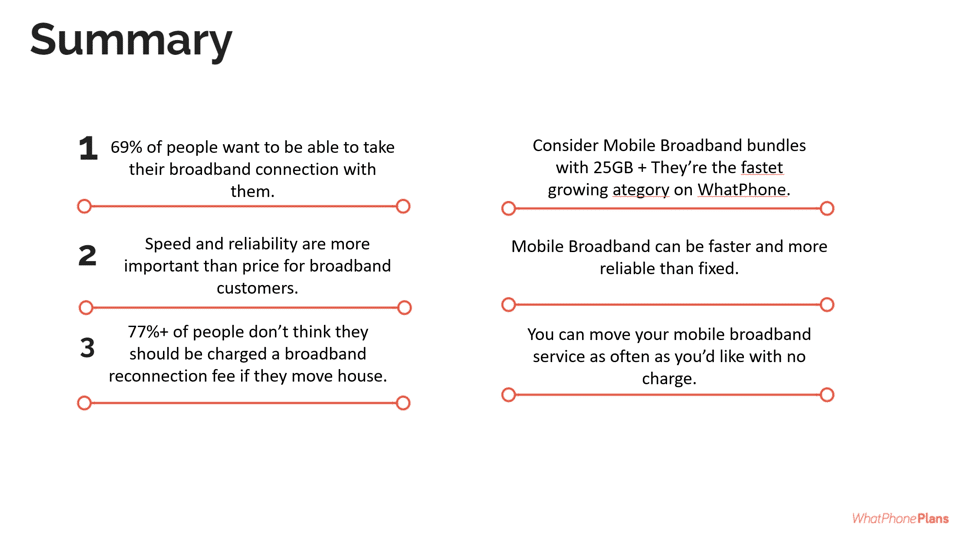 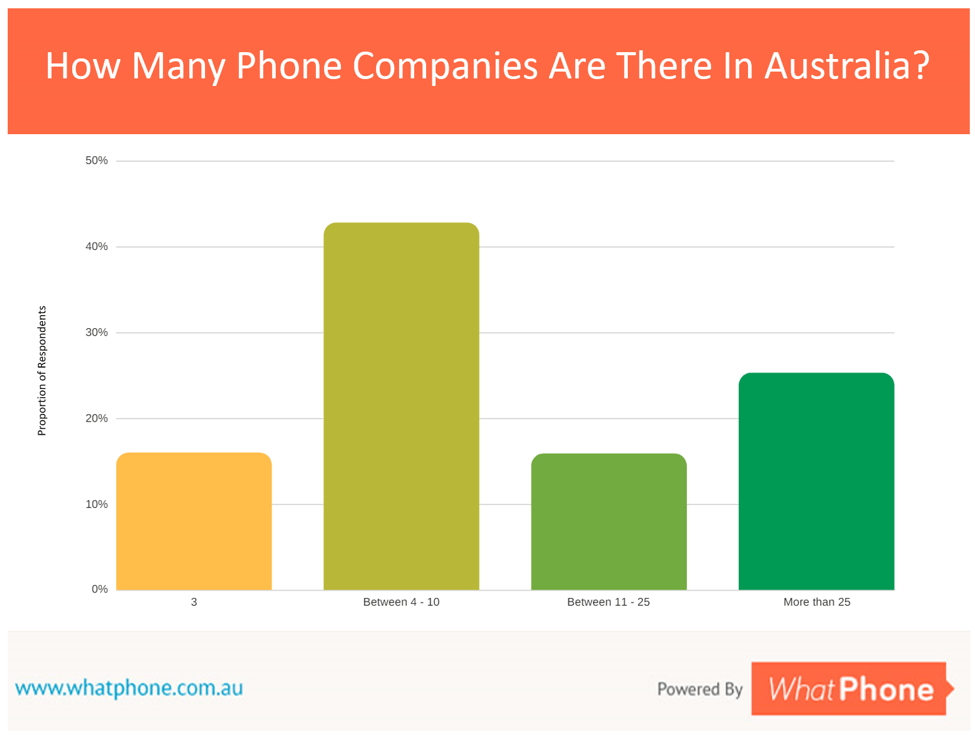 There are around 50 phone companies in Australia. Shopping around among the best of the alternatives available to you can take as little as 15 minutes.

This is an important finding. It suggests people are unaware of the number of options they have when it comes to picking a phone plan.

30% of people have a phone plan which does not include Unlimited calls and SMS :

Around 30% of people have a phone plan which doesn’t include unlimited calls and SMS. 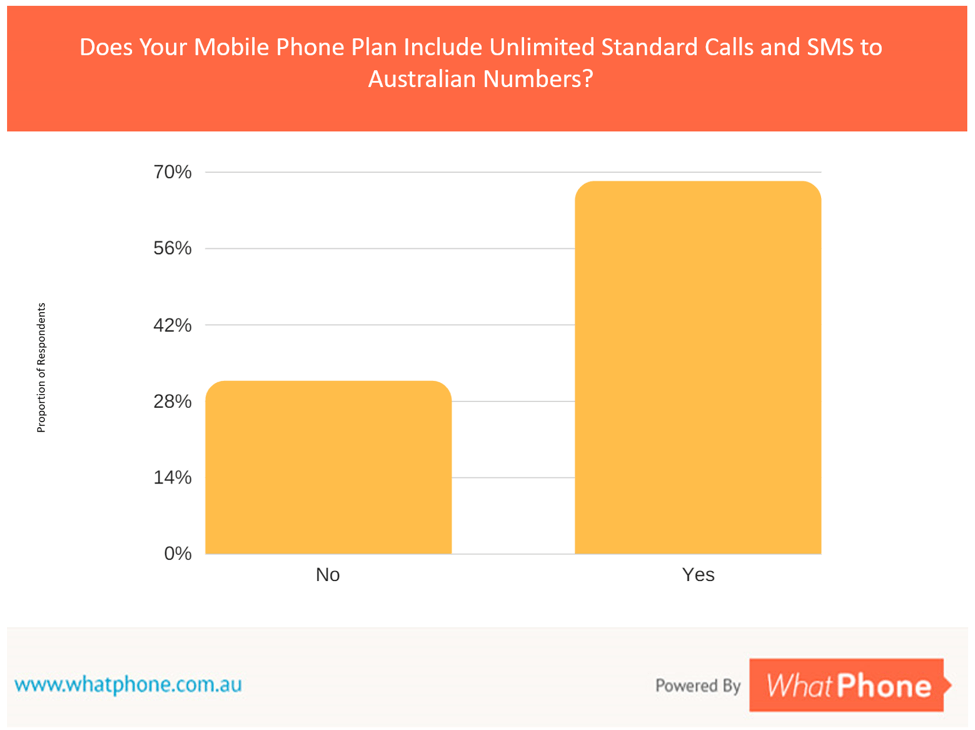 The vast majority of phone plans WhatPhone visitors choose in the last 12 months have unlimited calls and SMS (in Australia, to Australian numbers) included. This survey finding indicates that a substantial proportion of people have not renewed their phone plan in some time. As a result, they are likely to be paying more than they need to for voice and SMS calls.

There’s good news as well as bad here. If you have had your phone and plan for some time without checking it, you are almost certainly not in a phone contract with your phone company. That means you can change your plan whenever you want to. Go to our prepaid plans page or our SIM Only page to compare and order a SIM. It will take you 15 minutes, including ordering the SIM on one of our partners’ websites.

Other things to remember :

How Much Do You Trust Your Telco? Most common answer ? Not at all. 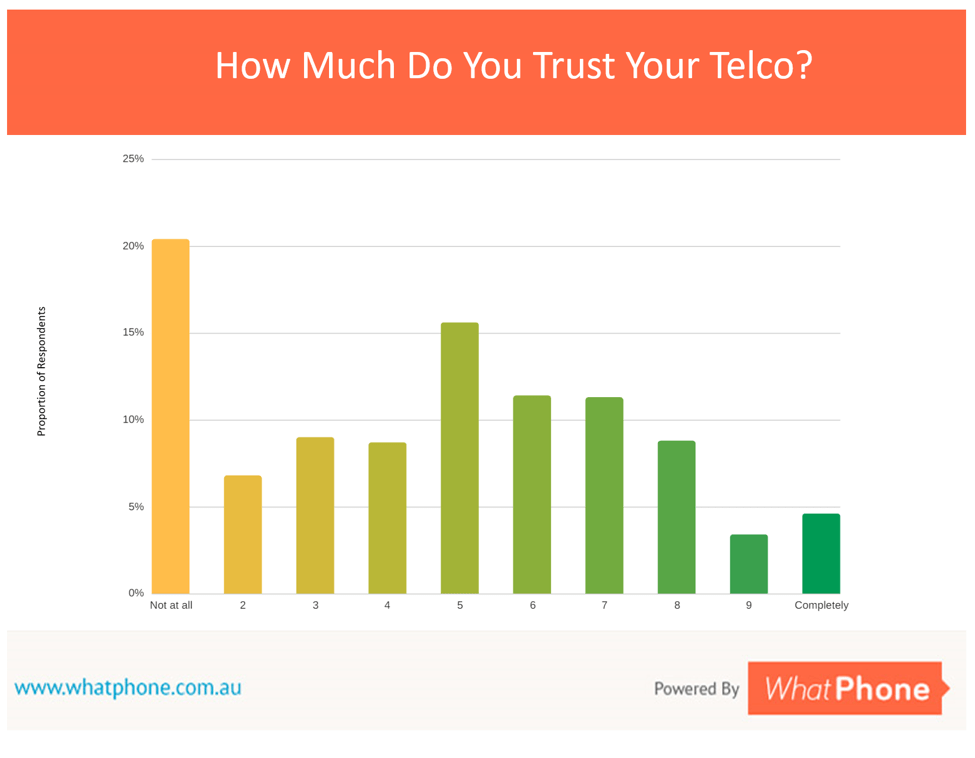 There are phone companies out there who will treat you better if you don’t trust your current phone plan provider.

Complaints to the industry regulator (the TIO) suggest that the most likely reasons for this lack of trust are billing problems and problems with customer service. Rest assured, there are phone companies out there who will treat you better.

Smaller phone companies regularly come top of the list for customer satisfaction. Some are transparently more reasonable. For example, OVO Mobile who promise to pass on any price cuts to you when they make them. That is a dramatically different promise to the one you’ll get from the main phone companies.

To be fair, our survey also indicates that some people trust their phone company a great deal. That’s good news. Trust is a key element of your relationship with any brand and these people are far less likely to want to move to a new phone company when they trust their old one.

Summing up the basics

If these survey results reveal anything, it’s that phone companies and their plans represent a very small component of peoples’ lives. Generally, it appears, people have better things to do than think about the number of phone companies there are out there, and what they offer.

The result of that is a large proportion of individuals who are on outdated plans and who don’t trust their telco. Those two things are likely to be related. If it’s a while since you moved your phone plan and you saw better pricing out there or related to you by a friend, you wouldn’t trust your phone company.

Thankfully, there are a lot of options and as we say all the time, it only takes a few moments to compare them and buy.

It’s important to say that, while complaints about mobile services have increased in the last 12 months, they have improved substantially in the last 5 years as a result of some very public changes. Better inclusions in phone plans, better treatment of ‘out of bundle data charging’ and better roaming offerings have served to reduce complaints about mobile services over this period. There is clearly room for further improvement, however: http://annualreport2016.tio.com.au/#Trends_in_TIO_complaint_numbers