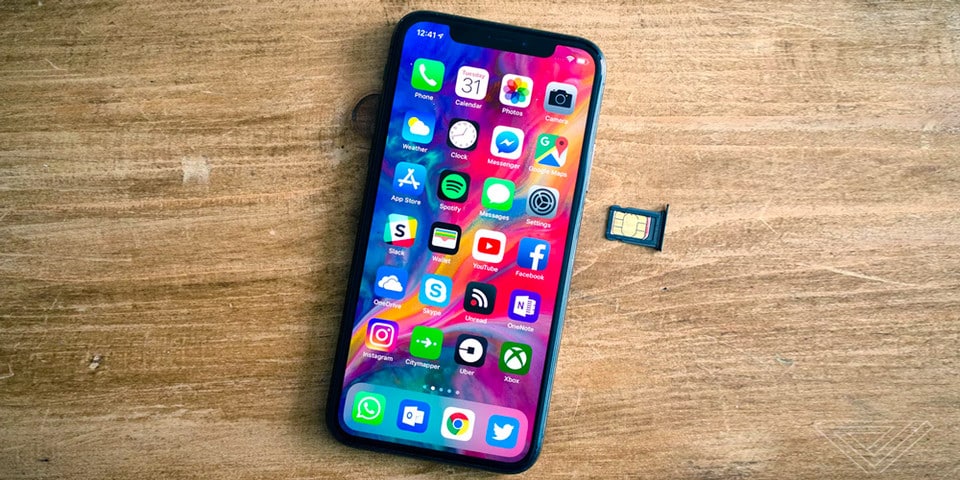 Apple are including an eSIM in their new Apple Watch (Version 3, September 2017.) This eSIM succeeds previous trials in which Apple used an ‘Apple SIM.’ The Apple SIM was included in some historical version of iPads. It was such an ingenious solution to many of the problems apparant with the eSIM that it may come back again in the future.

What SIM news was announced recently by Apple?

Apple shipped their ‘Apple SIM’ in several versions of the iPad including the iPad Air 2, iPad Mini 4 and a couple of iPad pros. Some of these devices had a fully embedded eSIM card, some had a SIM tray, identical to any other cellular enabled iPad, in to which a physical  ‘Apple SIM’ could be inserted. Whether embedded or sold as a separate hardware SIM, with the Apple SIM in place, these iPads could connect to multiple data plans directly from the device. Plans were offered by a suite of phone companies and Apple SIM enabled iPads could roam in most countries around the world simply by selecting a plan from settings.

How does the Apple SIM work?

The Apple SIM is an ingenious solution which provides many of the benefits that the eSIM is designed to deliver. Whether fully embedded or not, the Apple SIM offfered some new functionality, rarely seen on a mobile device before. With an Apple SIM, the the user could take advantage of multiple operators and not be restricted to just one service provider.

To put that in some easy to understand terms :

The Apple SIM was, in many ways, confusing. In reality, it was a blanket name for a couple of different types of product. It is a hint, however, that Apple are getting smarter at the way they deal with phone companies and providing mobile data to their customers. Indeed, at first look, it appears that at least part of the motivation in Apple is doing this, is that they may have future plans of being an MVNO operator. That is, a phone company themselves, which resells the networks of other companies. Given that they currently enjoy a large market share, especially in Australia, of especially loyal users, addicted to iPhones and tablet products, this shouldn’t be a surprise.

Why is Apple launching the Apple SIM?

The Apple SIM represents what, to many, appears to be the next logical next step, that Apple would be looking to take. It would lead them into expanding their business in to new markets, exactly as the iPhone did. Apple could become a service provider as well as manufacturer of mobile phones.

Additionally, by enabling Apple product users to enjoy the flexibility associated with the Apple SIM, they could improve the experience of users who buy their hardware. The Apple SIM offers people the chance to change providers ‘on the fly’ in real time, without having to change SIM cards.

Most iPhones are connected to cellular networks. That’s not true of most iPads. There are many different reasons for why this is the case. The biggest factor slowing the uptake of this feature is the fact that consumers are not interested in the hassle or expense of signing up for secondary SIM cards.

Are network carriers interested in the Apple SIM feature?

The operators involved in this ‘Apple SIM’ partnership with Apple must have been aware of the intent Apple has.

It’s possible that, as the years go on, more device manufacturers and companies which work around the market for phones, such as Google and Samsung, could also also jump onto the eSIM trend. As we have covered elsewhere, this is no small risk for bigger phone companies and represents a real opportunity for smaller phone companies.

What does this mean for iPad users?

For consumers, the capability the Apple SIM delivered is an eye opener. In abstraction, the Apple SIM and products like it could enable a swathe of new ways to access data and voice services from phone companies in far more convenient ways than what’s possible now.

Note, the Apple SIM does not yet enable these things, but the functionality trailed may allow it in the future.

eSIMs – What the future of a SIM cards looks like

We have seen how the future could look with the introduction of the Apple SIM.  A similar internal system, comparable to the Apple SIM was also been designed by Samsung at around the same time. it was released in their latest Samsung Gear S2 wristwatch.

A small amount of time surveying some of the activity surrounding this experimentation provides some useful insights in to how the circumstances might develop. Take a look at Google’s Project Fi, for example, which is currently operational in the United States. Google’s latest project offers an invite only product which consists of a wireless / cellular service that uses either the US carrier networks T-Mobile and Sprint, depending on which network has the strongest connection strength at the time of connection. If local WiFi is open and available it will instead switch to that automatically from inside your smartphone or tablet device. It will also route your incoming and outgoing calls over the available WiFi network. Instead of paying a monthly service fee to two different mobile carriers, you only pay one monthly subscription fee to Google and they take care of all the connectivity behind the scenes for you, leaving you to enjoy a simple to use and uninterrupted service.

It’s this sort of innovation and that the eSIM could provide.

How does Google’s Project Fi work?

Googles Project Fi is a slight advancement on the traditional plastic SIM card. In a partnership with the German tech company G&D (Giesecke & Devrient), Google has rolled out to a select group of initial users, a new type of SIM card which is more like a micro computer, than a boring piece of plastic.

This new Google Fi SIM card allows more than one service provider to be programmed onto the chip, allowing consumers to have much more freedom of choice when it comes to which service provider and at what time to connect to. This new product from Google, will allow the real time of switching from one carrier to another, allowing the constant authentication of more than one tower at a time.

There are downsides to this new technology, one of which is that at this point in time, this new tech feature is restricted to Google manufactured Nexus phones.

So far during the initial testing phase, Google only has a partnership deal with two US national carrier networks. The other two are absent from the list.

In Conclusion – The AppleSIM has started a lot of change

The Apple SIM was clever innovation, created by Apple, which was apparently used to test the waters of a hybrid eSIM solution.

Apple’s 2017 Apple Watch will contain the full embedded (eSIM) solution, rather than the Apple SIM half house. With Apple leading the pack it won’t be long until other companies roll out eSIM supported technologies on their tablets and handheld devices.

Add to this Google’s project Fi and you start to see the possibilities for where the phone plan market might be heading. In a sense, the Apple SIM showed us what happened when the connection process, between phone / iPad was digitised. Once users can connect to networks without changing their hardware SIM, a whole new array of phone plan ideas springs to mind.

The Apple SIM and the 2017 eSIM may well just be the start of a lot of disruption for Australian telco.