Fairness and Fear around Prepaid Data 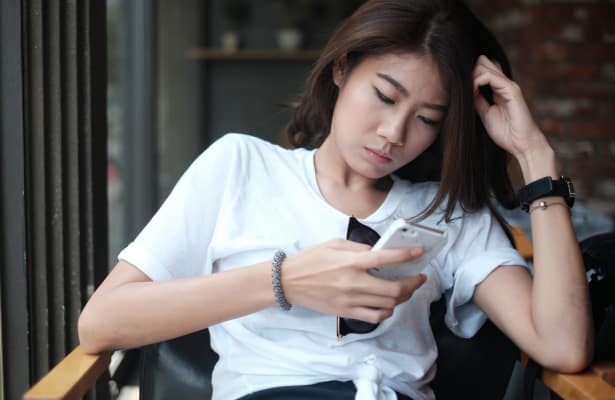 Data allowance is the last of the commonly used plan inclusions to go unlimited. In the early days of mobile phone plans, every feature was heavily restricted. First local call “minutes” went unlimited while texts were restricted, then texts became unlimited, but data has always been a point of restriction for most phone users. Often, plans on different price points only differ by the amount of data they offer customers, and phone users have learned to be careful of how much they use to avoid going over their limit and paying heavy fees.

These days however, the game is changing. With many Mobile Virtual Network Operators (MVNOs) able to use the same infrastructure as major companies but charge much less, the way companies approach their plan inclusions is once again up for review in a bid to attract customers and remain competitive.

If a customer pays for something, they expect to be able to use what they have purchased – unless they are talking about traditional phone plans. With calls and text generally unlimited, customers don’t need to worry about how much of their monthly inclusions have been used – but data is a different story. Telstra have recently identified the customer demand to be able to use all the data that is included in their plan, and store it for the next month if they don’t use it all. They are now offering data banking for their prepaid customers, and promoting it through a new series of ads.

While Telstra might be the first major telco to offer data banking, they aren’t the first. Data banking is a feature of Belong Mobile plans, and the now defunct Virgin Mobile also used to offer customers the opportunity to keep unused data to be used the following month. However, these companies offered post-paid plans, while prepaid services have generally not offered the same opportunity for its customers to get the most out of their data.

With so many MVNOs offering competitive post-paid plans, many customers prefer to move to month-to-month plans. For those that prefer prepaid options, the market is becoming increasingly competitive. Companies like Boost Mobile have gone against the trend, and offer only pre-paid plans.

Telstra based their most recent marketing campaign on research suggesting that prepaid customers are constantly aware of their plan inclusions and when they might run out – particularly their data. Many pre-paid customers said they were also worried about their data speeds, and even whether or not it will work.

While somehow prepaid customers have felt that their service is inferior to post-paid services, the truth is that they both use the exact same network. Similarly, many MVNO customers also feel that their service and speeds are inferior to those of the “Big Three” companies (Optus, Telstra and Vodafone) but again, these companies are using the exact same infrastructure, just repackaged into a different brand. In some rare cases, the network might be slightly reduced – for example Belong Mobile, which uses Telstra’s network, has access to a slightly smaller area of coverage (although comparable to Optus’ coverage of Australia, so still very competitive).

While customers are free to choose a company they feel comfortable with, the decisions they make should be based on fact rather than false concerns. Of course, the major Australian telcos are quite happy for customers to believe that they will get a reduced quality service if they choose an MVNO competitor – it allows those large companies to charge much higher prices and still retain customers. Similarly, if a pre-paid plan is going to be a better for a customer, they shouldn’t be led to choose a post-paid plan over concerns about the quality of their data service when in reality they are accessing the same network.

Trust and fairness are huge predictors of customer satisfaction with their phone company. Data is a huge point of contention, as telcos were torn between gaining and keeping customer loyalty through providing competitive deals, and the large fees they were able to charge customers who went over their data allowance.

As the market becomes more competitive, it is in the interests of telcos to keep customers happy. Telstra’s move to allow its prepaid customers to hold onto their data instead of the “use it or lose it” policies that were previously employed show that Australia’s largest telco is shifting away from fee-grabbing and towards ensuring customer satisfaction. Regardless of a customer’s requirements or preferences, it’s important that they are making their decision based on correct information and not on false fears about the quality of their service.