The Australian Competition and Consumer Commission’s (ACCC) latest report  shows that Australians rely on their mobile devices for internet activity more than they do other alternatives. The report shows the Service in Operation (SIO) for all internet options, including fixed broadband and other wireless broadband connections.

The ACCC’s report replaces the Australian Bureau of Statistics’ (ABS) Internet Activity Survey, and will release these reports twice a year. The idea is to analyse the market more thoroughly, including information on download speeds and data downloaded in the country. The information provided is more in-depth than previous ABS surveys.

The ACCC has stated its intention to improve the report even further. The body will breakdown future data to include:

For now though, the current report holds some valuable and surprising information.

The ACCC report shows that out of the 39.9 million connections, mobile handsets accounted for 24.3 million. That’s 61 percent of all SIOs, dwarfing both fixed broadband and other wireless broadband options. 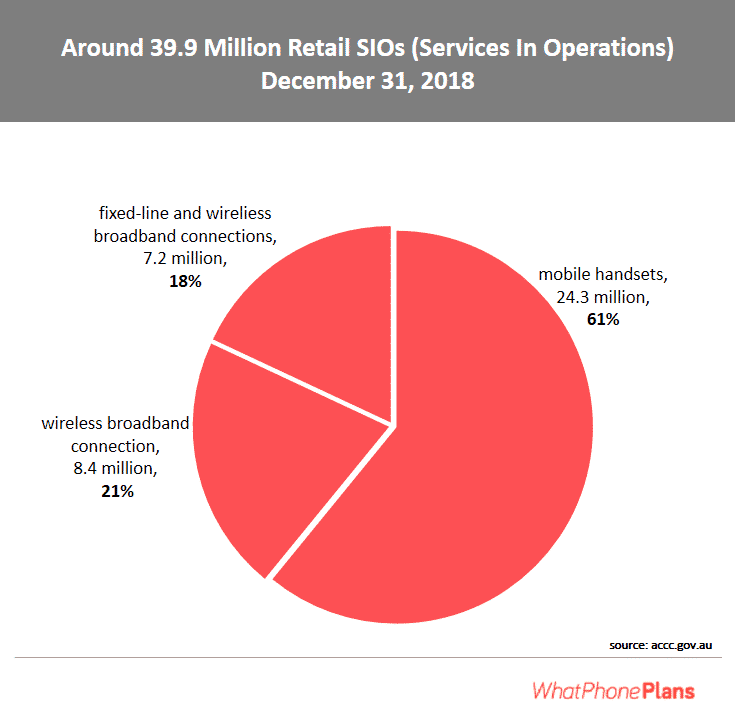 Australians use mobile handsets for internet activity 61 percent of the time.

This is a surprise for a couple of reasons:

In other words, it seems none of those factors are as important to Australians as mobility. The ability to connect on the go seems to be the lynch pin of mobile handsets as SIOs in the Australian market, more so than the price of the connection.

Despite the preference for mobile, Australians prefer fixed broadband for downloads

Apparently, Australians rely more on fixed broadband when they need to download data, and rely more on mobile broadband for other internet activities. This would indicate that, in this case, the generally cheaper price of fixed line connections creates more value per megabyte downloaded than it would on a mobile connection.

Another indication here is that larger files may be downloaded via fixed line connections because of their speeds.

The fibre news is great, as it echoes the same Australian early adopting spirit that is evident in their preference for mobile broadband. This fibre majority is also great for the future as the technology continues to expand.

As far as a speed breakdown for fixed line and wireless connections goes:

TPG was cited as the fastest fixed broadband Internet Service Provider (ISP) for the fifth straight time, with 89 percent of its plans living up to their maximum speeds (88.3 percent during busy hours). 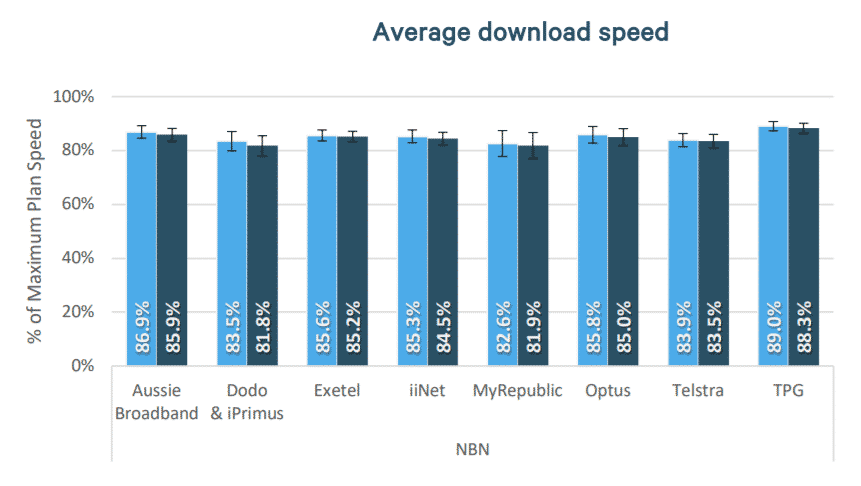 ACCC crowns TPG the leader of the ISP pack as far as speed is concerned. Source.

These numbers present a curious case for the emergence of 5G broadband and how that may impact Australians’ SIO preferences. Perhaps if a 5G roll out enables speeds from mobile devices that increase the current 100Mbps speed that’s only 5 percent of fixed and wireless connections, chances are that mobile broadband use may cut into that 91 percent fixed line SIO preference for downloading data.

The ACCC report is an impressive, informative piece – a positive step above the discontinued Internet Activity Survey. What’s more is that it promises to provide even more information and breakdowns in its future reports, and promises biannual releases.

For now though, we know more about the Australian internet consumers’ preferences than we previously did. Mobile handsets are the preferred option for internet activity, while fixed line broadband is largely preferred when downloading data. We also know that where fixed line broadband is concerned, Australians prefer fibre – a great indicator of future preparedness and early adopting.

These trends are all positive, and makes for an interesting tool. It may also aid speculation into how the eventual 5G roll out may alter current preferences. This will be especially so if speed is a factor in Australians’ large preference for fixed line broadband over mobile where downloads are concerned.