More 5G Pressure For The NBN 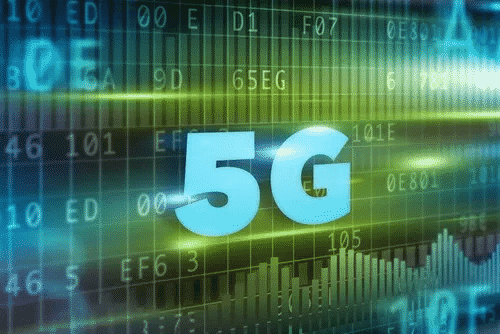 Amaysim chief executive Peter O’Connell cited the slow speed and poor quality of the NBN as the reason for their decision. O’Connell also pointed out that punitive wholesale costs imposed by the NBN made it impossible to deliver a good product at a reasonable price.

Customers often make complex complaints against the NBN. The number of complaints has grown over time. 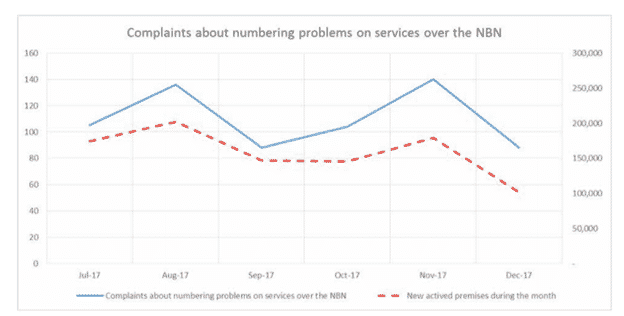 Next, Vocus appears to give up on NBN

According to Vocus Group, because of the complexity of NBN pricing, pricing instability, and operational complexity, the company is now planning to relinquish its NBN market share. Vocus’ new approach will focus on broadband instead. The goal will be to optimize broadband services for better customer experience. The telco didn’t mince any words in its intent to exit the NBN market, stating that NBN broadband is economically unfavourable, especially where new customers are concerned.

Vocus entered into a mobile re-seller agreement with Optus with the aim to join the wireless broadband and mobile market, including the upcoming 5G environment. CEO and managing director Kevin Russell said that 5G presents a great opportunity in the small to medium business (SMB) market. The 5G technology will pave the way to advanced, innovative applications and provide relevant broadband capabilities over a short period of time.

Optus recently provided details of a 5G-based fixed home broadband product with pricing that’s even less than NBN service. According to Vocus, Optus’ strategy for fixed wireless is very interesting and useful. It is also relevant to Vocus’ from a fibre standpoint. It supports regional backhaul and bypasses the high costs involved where the NBN is concerned. 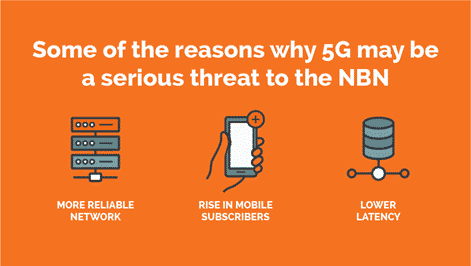 Recently, Vocus acknowledged that revenue had dropped in its retail and SMB brands. However, the company had managed to slash costs, leading to the EBITDA margin, which improved to 13 percent from 12 percent for the six months ending in 31 December.

Revenue from Vocus’ consumer arm declined by 12 percent to $350.4 million during the half, with EBITDA dropping by 5 percent to $10.9 million. Broadband services based on copper declined 38 percent to 176,000, but NBN consumer services increased by a quarter to 324,000.

Despite the NBN increase, however, the company sees it as too complex in a several factors. Instead, Vocus will look towards the 5G market.

How 5G is impacting NBN

Barring a series of significant changes, the NBN is well on its way to becoming obsolete. The rise of 5G technology may speed up this declining process of NBN products. In order to survive, the NBN has started working on its speed and quality of service.

However, it is important to note that Australia still has one million users using 12Mbps connections, with another million on plans of 25Mbps. Not everyone who uses the NBN satellite service can access 50Mbps speeds. Yet they, too, need the touted benefits of high-definition telehealth, video conferencing, and distance education benefits promised by NBN.

Fibre-to-the-curb networks make up the highest percentage of users on connections of 50Mbps. The shift in consumers to 50Mbps resulted from NBN’s pricing discounts, finished in October 2018, and new wholesale bundles for 50Mbps and 100Mbps speeds.

The NBN already competes with 4G network offerings. Last year, the network completed its own 5G testing. Thus, the NBN has higher hopes in the future than its current reputation suggests.

However, NBN is still far from what 5G will bring to the mobile broadband industry. The ACCC (Australian Competition and Consumer Commission) recently reported that NBN affordability is a continuously growing issue and providers have to work on it.

With 5G already available in select locations and counting, the NBN is faced with an imminent threat. Optus 5G fixed home broadband plan is an example of why the NBN, as presently structured, is in real trouble. Optus pricing places it below that of the NBN, and its 5G speeds so far are faster.

This isn’t a theory any longer, as telcos continue to jump ship from NBN services to mobile broadband. Companies plan on abandoning the NBN for 5G networks for several reasons, one of which is the overall complexity of NBN products. In order for the NBN to have a chance, significant changes must be made, one of which includes looking forward to entering the 5G landscape.