NU Mobile Wakes Up Even More Competitors Before Launch 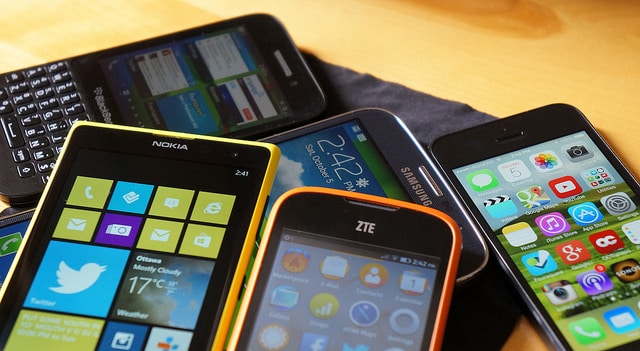 Can the upcoming MVNO sustain its model amongst varying competitors?

As if indirectly competing with MVNOs (Mobile Virtual Network Operators) and MNOs (Mobile Network Operators) wasn’t enough, NU Mobile’s second-hand strategy has invited direct competition from some major telcos that are considering the same model. What makes this even more daunting for the company is that it hasn’t even launched yet.

NU Mobile is a product of Macquarie, the financial services giant. One of Macquarie’s ventures involves supplying mobile phones to mobile retailers, who in turn lease those phones to consumers. At the end of the lease cycle, the process is reversed, and the result is a pile of over a million used phones currently in the Macquarie’s possession.

The idea is simple: Rather than sit on a pile of over a million used phones, why not figure out a way to make more money from them? Hence, NU Mobile — an upcoming MVNO using the Telstra network, that will offer consumers the opportunity at a second-hand phone for cheap, financed alongside a contract plan.

That already sounds quite complicated — second-hand phones offered by an MVNO alongside a contract phone plan, especially at a time when Australians are flocking towards MVNOs for the simple fact that they offer SIM-only plans. That strategy already places the company in a gray area, somewhere between MVNOs (using the Telstra network) and MNOs (offering its phones with a contract plan).

The strategy of second-hand phones, as well as MVNOs selling or leasing devices, has been tried and abandoned on a number of prior occasions over the years (albeit none specifically identical to NU Mobile’s model). MVNO leader Amaysim tried a device store for affordable phones and scrapped the idea less than two years later; Moose Mobile, another MVNO, tried offering refurbished iPhones and scrapped the move almost immediately.

As if the already gray area wasn’t already too competitive with the used phone and contract plan idea, NU Mobile is being greeted with even more competition. This time, direct competition from major telcos — Australian telco giants Telstra and Vodafone, so far — planning second-hand phone offers of their own, and all this before NU Mobile even launches.

Macquarie, the financial services company behind the NU Mobile concept, leases phones to telcos who in turn lease those phones to consumers alongside contract plans. One of its customers is Telstra, and its NU Mobile MVNO will also be couched on the Telstra network.

Now though, Telstra has hinted at its intentions to enter the second-hand phones market, making it a direct competitor of NU Mobile if, in fact, they make that move. The company, through a spokesman, stated that it would very much consider the idea of used phones if customers showed interest in the concept.

This would present a scenario where Macquarie would be in direct competition with companies it supplies, not only by entering the mobile network market with contract plans, but by leasing phones directly to consumers that would normally lease from Macquarie’s B2B (Business-to-Business) customers like Telstra. The competition with its own B2B customers would be even more direct if those B2B customers eventually enter the second-hand phone market as well.

Telstra isn’t alone in this new used phone landscape, however. Another major MVO, Vodafone, has made an even more direct statement to the point. Vodafone didn’t mince any words — the telco has stated that it is currently looking into ways to launch a used phone scheme of its own.

Making matters worse for NU Mobile is the fact that these aren’t just any competitors. Telstra and Vodafone together account for over 60 percent of the Australian subscription market. Telstra is the market leader with 46.5 percent, while Vodafone is holds the third largest market share at 17.4 percent.

Telstra is Australia’s largest telco, and Vodafone is third. Together, the dominate more than 60% of the market, and even more than that in the contract plan market. Source.

Further, NU Mobile’s strategy rests on offering customers these used phones with contract-based plans. That places the company in the contract plan market; an area dominated by MNOs like Telstra and Vodafone, and avoided by NU Mobile’s fellow MVNOs. To put things in perspective, Telstra holds an even larger stake in the contract plan market at 47.4 percent, and so does Vodafone with 20.2 percent.

Do Australians even want used phones?

Macquarie’s NU Mobile concept is the product of its belief that Australians are open to the idea of older model phones. This is a result of the fact that Australians now hold on to their devices for longer, rather than shelling out piles of cash for the latest smartphone models.

However, a recent WhatPhone poll suggests that most Australians aren’t open to purchasing used phones. In a quick, small WhatPhone poll, 24 Australians were asked whether they’d buy a used phone if it was half the price of what it was back when it was new. An overwhelming 65.1 percent of respondents said they would not.

If this is the case, NU Mobile is in trouble before it even launches. To be fair though, the company is crouching its idea on good reasons:

But there is a reason why this exact model has never been tried in Australia before: Australians are a lot different form Americans in this regard. Australians seem to have more expendable income than in other countries where this might work. Therefore, an Australian may not be too keen on financing a cheap, used phone on a contract plan scheme, especially when MVNOs are popular because they offer SIM-only plans that are generally more cost-effective than contract plans.

The Aussie would rather buy a brand new older model phone, which will be cheap enough to pay outright, and get a SIM-only plan. NU Mobile skips such an offer, unlike the other MVNOs, and instead offers the phone with a contract plan, like an MVO, but with a used phone.

Australians simply don’t like or trust used handsets. Perhaps this has to do with the worrisome nature of used devices. How long will they last? Will I have to service them? Why go for that when there are brand new, older model smartphones on sale at affordable prices, where I don’t have to worry about whether the phone will break or if to take out a warranty?

The questions are too many, and too many questions still afloat shortly before a business launch suggests a shaky strategy.

Major telcos, such as Telstra and Vodafone, that have their eyes on NU Mobile’s used phone concept will likely take a wait-and-see approach. In essence, NU Mobile will likely be used as a guinea pig to see if this never-before-seen-in-Australia deal (used phone financed on contract plan) will work, or if it will fall flat on its head.

Even assuming NU Mobile’s strategy works, the major telcos’ entry into the used phone market will likely be too much for the upcoming MVNO — NU Mobile may be too small to sustain itself amid such targeted competition with Australis’s tide-tested telcos.

MVNOs make up almost 30 percent of the telco market. This is progress, as their market shares have continued to increase. However, the MVNO market is only a $794 million market, with a vast number of companies fighting for a piece of that pie. To make matters worse, of that $794 million in revenue, these MVNOs share only a paltry $84 million in profit.

Let’s dig further into the mathematics of it all with some rough calculations. Assuming WhatPhone’s survey is correct, only one-third of Australian consumers will buy a second-hand phone. Also, only one-third (let’s call it 30 percent, for simplicity’s sake) of Australians today will sign up for a contract, as opposed to outright phones and SIM-only plans.

Is that enough to sustain the model? Not likely. It’s even less likely if the major telcos eventually decide to enter NU Mobile’s gray area, after taking their wait-and-see approach.

Commend NU Mobile for its plans to implement a strategy that Australians haven’t yet seen. However, a part of this has been seen before — device selling MVNOs. When Amaysim tried selling devices, it abandoned the idea in less than two years. Moose Mobile’s attempt at a refurbished iPhone strategy was abandoned almost immediately.

The fact is that NU Mobile’s approach lacks a specific identity. The company will clearly be an MVNO as it couches on the Telstra network. But MVNOs are generally known for SIM-only plans and NU Mobile is entering the contract plan market. Further, contract plan MNO telcos offer brand new phones and NU Mobile is offering used phones instead. It’s hard to determine where exactly the upcoming MVNO fits, and this is likely going to be a problem.

Other problems include Australians unwillingness to purchase used devices. Although NU Mobile’s strategy is embraced in the United States, Aussies just aren’t into second-hand phones, according to the WhatPhone poll. If this is correct, NU Mobile’s strategy will likely fail, and telcos taking a wait-and-see approach before deciding whether to duplicate the NU Mobile concept are wise for it. Good thing Macquerie already owns the phones.