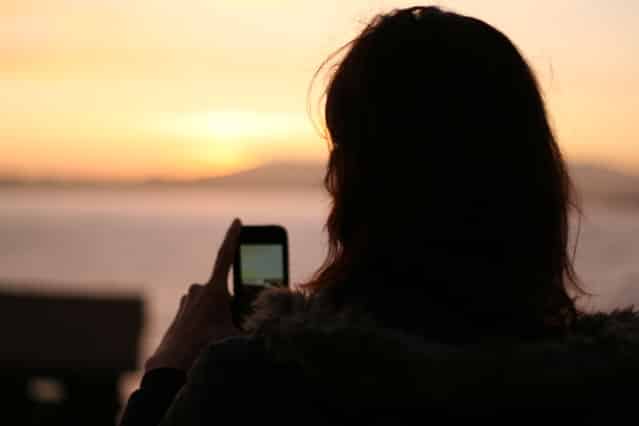 The Concept of Leasing

Two of Australia’s ‘Big Three’ telecommunication brands have now removed the option for phone leasing from their offered services. While this will be a good thing for future customers, both telcos will have to explain to a large number of Australians why they do not actually own their devices, even though they may think they do. Too many Australians do not understand the concept of phone leasing. 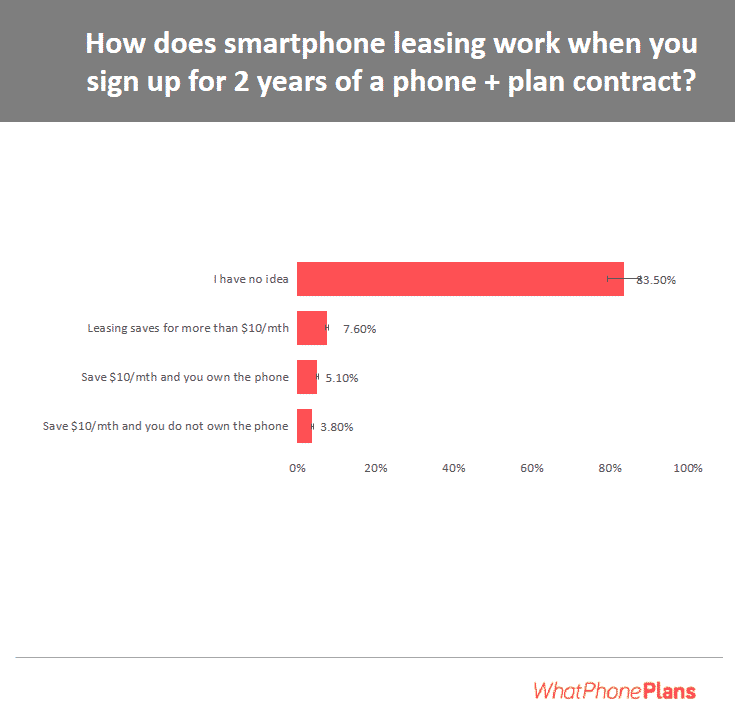 As observed in the survey conducted by WhatPhone, only a few Australians fully understand the concept of phone leasing. Source: Whatphone

In order to fully grasp the concept of phone leasing, it would be appropriate to shed more light on what the word ‘lease’ itself means.

What is Phone Leasing?

A phone lease plan is a service plan which allows subscribers on a network to rent selected mobile devices for a period of time. These contracts are often undertaken for lengthy periods of time — normally between 12 to 36 months.

On receiving the device, the subscriber is expected to pay an amount of money to the telco every month. At the end of the lease period, the device is returned to the telco it has been acquired from.

It is important to note that should the device incur any damages whatsoever during the lease period, the consumer will be held liable and will need to pay all repair costs.

The danger of leasing is that is closely resembles a normal post-paid plan with an included phone. For some telcos, the website automatically defaulted to a lease option when customers searched for a plan that included their phone of choice.

While customers have the responsibility to read and understand a contract before signing it, it’s clear that many Australians were lulled by apparent familiarity with the usual system of paying off a phone over the course of a plan to assume that they would then own the phone at the end of their contract.

Not only is this not the case with the leasing option, the common issues of cracked screens or mild damage to their phone would actually mean the customer is liable to pay the telco for repair costs, as well as losing the phone they thought they owned unless they pay an additional sum.

As telcos remove the leasing option, many Australians are likely to be shocked as they discover their choice of the slightly cheaper “leasing” option instead of the “post-paid” option now has some serious financial drawbacks.

When did these Telcos remove the option for Phone Leasing?

Telstra scrapped its classic handset lease plans on the 25th of June, 2019 following a public announcement on its various platforms.

Optus removed its options for leasing handsets on the 22nd of July, 2019, roughly a month after Telstra. The announcement was made via Optus’s online forum Yes Crowd.

Many individuals on lease plans are not sure of the situation with their mobile devices at the moment. Here is some information on how telcos will be handling subscribers on existing leases.

Subscribers with existing lease contracts on the Telstra network are unaffected by the scrapping of the lease program. As in their contract, at the end of a 12 month period, they will be able to upgrade their devices — as long as they are in good working condition. This means that they must be free of cracks and breaks, save for normal wear and tear of mobile devices.

If the subscriber prefers not to upgrade their device, they can simply wait for the lease period to elapse and return the device, or buy it at its current market value.

On the Optus network, subscribers with lease contracts have a few options to choose from. Those in the first year of their lease contracts who wish to upgrade their devices must re-contract to a new (non-leasing) plan. To do this, the individual must pay a cancellation fee for their current leasing contract and all remaining monthly device charges. The device would then be owned by the customer.

For those in their 12th to 24th months of lease, a trade-up option for a new device is offered. For $99, currently leased devices can be traded in for new ones by signing up to any new 24 month non-leasing plan.

A phone lease plan is a service system that allows subscribers rent mobile devices for a stipulated and contractual period of time from telecommunication. These contracts are often undertaken for lengthy periods of time — normally between 12 to 36 months. Now that major telcos Telstra and Optus have removed leasing from their line of service, it puts those who signed up for a leasing plan in a precarious position.

Judging by the large number of people who did not understand the terms of their leasing contract, removing it as an option will help avoid issues in the future from people who think they are paying off their phone – only to find it never belonged to them in the first place.